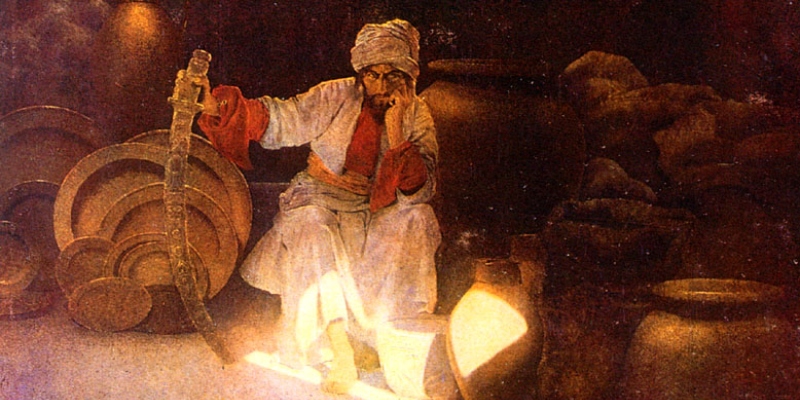 Part Three of “The Worlds of Scheherazade”

The 1,001 Nights are full of patterns; the stories have formulas, and this anticipates the world of television, comic books, and video games. Yasmine Seale, translator of the Nights, says in this episode, “Formula is essential to the work. It draws its force from accumulation. It draws its meaning from pattern.”

Formulaic narrative doesn’t necessarily mean mind-numbing sameness. It can mean the opposite. Hearty White, the host of Miracle Nutrition on WFMU, talks in this episode about watching formulaic Three Stooges episodes, which don’t limit the viewer’s imagination. Instead, you get the sense that an artist like Hearty White is liberated by the formulaic, finds a field in which to play and invent by using clichés or patterns. He says in this episode, when talking about formulaic story, “I think what it does is, it frees you from the involuntary compulsive predicting that you have to do when you’re navigating your life. Maybe because the same thing is happening all the time, you don’t have to guess.”

For Katy Waldman, critic at The New Yorker, stories that serially, repeatedly, go on and on also work with the sense that “things might end… but something will persist. And what on earth will that look like?” She describes a dystopian version of the liberating experience Hearty White finds in ongoing, repetitious story. Still, in either case, attention moves repeatedly toward something beyond repetitions. We are, once more, in the world of night and the dreams that surpass the night. 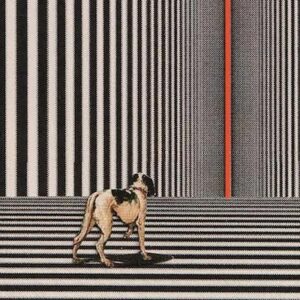 Gus Moreno joins Christopher and Drew in the Cosmic Horrorspace of the Zoom Damn Library to talk about This Thing Between...
© LitHub
Back to top