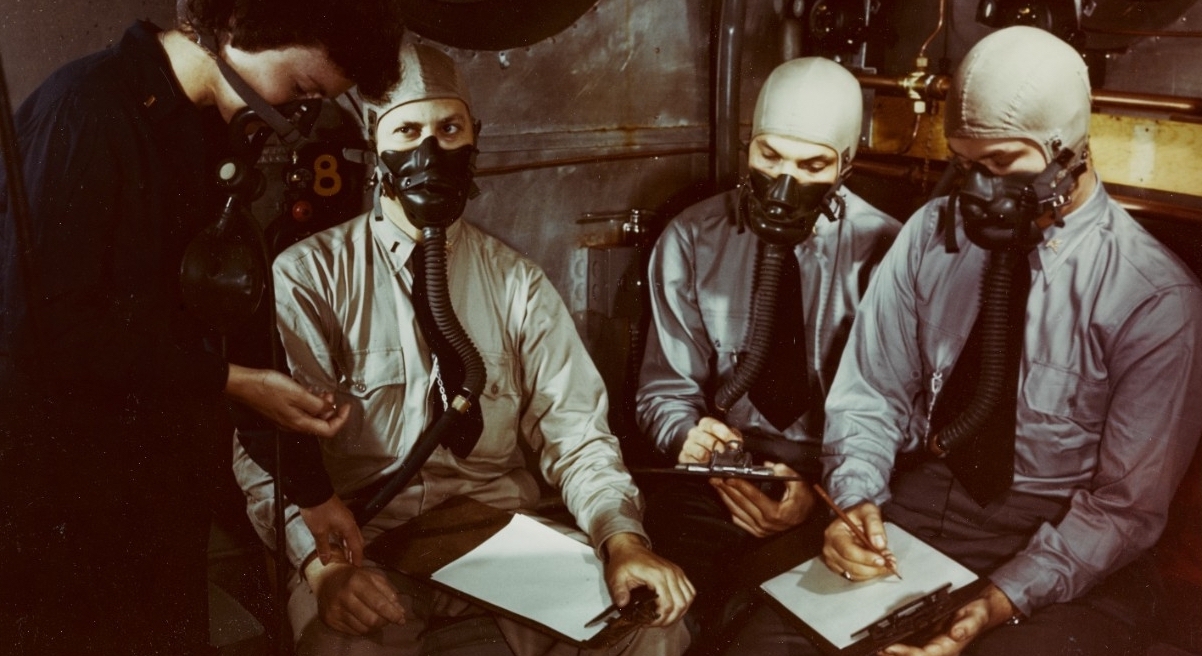 Kent Russell Makes His Way Through the Sunshine State

Mile 87, US Highway 98
HACKLES UP IN FORTRESS FLORIDA

We’re currently stalled in a neck of the woods known as Fortress Florida. Here be the greatest concentration of military installations in a state that historically has been dependent upon them. For example—some distance ahead of us is Tyndall Air Force Base, while behind us beyond layers of high fences is Eglin Air Force Base. Known as the “largest air base in the free world,” Eglin covers about 640 square miles across three counties, encompassing nearly half a million acres.

No other section of Florida is as tied to military spending as this stretch of Panhandle; no other section is as contingent upon federal funds. Generations of politicians have ensured that the pump stays primed: Claude Pepper, Spessard Holland, George Smathers, Dante Fascell, Bill Young. Come the Cold War, these politicians gave over an area equal to that of Rhode Island in order to combat the Red Menace. By the time the Berlin Wall fell, only California had more defense and defense-related establishments than Florida. And only tourism brought in more money for the state.

Though it’s not just Northwest Florida that owes its existence to war. War in general has been a tremendous boon for Florida. The three bitter guerrilla wars waged against the Seminoles in the 1800s (mirroring the Indian wars raging across the western frontier) brought waves of troops and support personnel to the mostly vacant state. In order to move these troops and supplies, the army had to build roads and set up a communications network. Eventually, the outposts in Fort Myers, Fort Meade, Fort Pierce, and Fort Lauderdale became towns. Fort Gatlin turned into proto-Orlando. Fort Brooke—it became Tampa. Fort Dallas is now Miami.

The Civil War, the Spanish-American War, and World War I—these, too, brought swarms of people into Florida to train, ship out, or, in the case of barkeeps and brothel runners, extract cash. Many of these people decided to stay or else return once the fighting was done. I cannot overstate how important this development is to understanding modern Florida. The expansion of the military-industrial complex explains in large part how Florida went from the least populated state in the South on the eve of World War II to the third largest state in the union following it.

Between 1941 and 1945, Florida was converted into an ever-larger army/navy garrison. There sprang up a new air station at Jacksonville; an army training center near Starke; the reactivated naval base at Key West; Drew and MacDill airfields at Tampa; as well as Eglin in the Panhandle. Millions of young people from every demographic group across this fruited plain poured into and around these bases. One out of every seven servicepersons, in fact. They marveled at the untamed peninsula, which resembled nothing they’d known before.

The very moment the United States became a superpower, modern Florida blinked into being.

Or so my maternal grandfather told me. He was a squat Slav who’d come of age on a western Pennsylvania farm. At 18, he passed through Miami on his way to the European theater. Like so many others, my grandfather came back to Florida with his wife after the war. They bought a new tract house, pumped out children. Their daughter—my mother—would go on to marry the son of an Ohioan minesweeper who’d done his training on the west coast of Florida. Some time after that, I hit the scene, a direct outgrowth of Fortress Florida’s buildup.

The very moment the United States became a superpower, modern Florida blinked into being. Born of the Pax Americana, begotten by the American Century, New Eden from First Eden, consubstantial with the fatherland, amen. The transformations that swept the country in the decades after World War II weren’t so much transformations for Florida; they were first principles. The economy was humming along at wartime speed. Millions of veterans, laborers, immigrants, and children of immigrants were being launched into wide-scale material comfort the likes of which the world had never seen. Workers were granted two-week vacations and pensions, even. Advertising, marketing, and public relations firms were busy transforming “leisure” into “consumption.” The large, impersonal forces of technology that had been summoned in order to deal out death were now offering themselves as palliatives for the fear of death they had aroused.

While actual Boomers were populating this state, America’s rudder-steering cultural classes were teaching them to care naught for anything but the project of liberation. That is to say: If the Boomers wished to be free, truly free, they had to unmask and discredit every last form of inherited authority that placed demands on the resources of the self. Parents, priests, cops, Boy Scout troop leaders, elected officials, anyone over thirty—rightly or wrongly, these were denounced.

As Boomers came of age, they were schooled to search after a “unity” and “wholeness” of self. They were to reclaim “feeling” from the one-sided preeminence of “reason.” They were to rescue the body and its pleasures from the inferior and guilt-ridden place to which these things had been relegated. With the help of analysts and gurus, they were to exorcise all haunting memories of severe upbringings, restrictive churches, repressed traumas, prohibitive norms. Free from internalized oppression, they were to finally find their truth. They were to assign themselves identities which, because they were self-assigned, could be donned or doffed at any time, like dollar-store Halloween costumes.

Moose Lodge members and Chamber of Commerce types reacted as if they had a problem with this, but they didn’t. Not really. After all, the self—the self unencumbered of family, history, and custom—was supposed to be the ideal actor in the free market. Therefore, honchos left and right had found common ground here (even if they’d never admit it): a dawning neoliberal order in which the market and the wider culture were free to quietly work their solvent action on all impediments to the chooser within.

These braided Boomer ideals of (a) unfettered choice and (b) the authority of individual experience were the closest thing to a pole-star that postwar Florida ever had. Clear the way for uncontested personal and economic growth! No superego stricture or top-down regulation here! Don’t forget, corporations are people, too! And anybody wishing to champion ecological, aesthetic, or moral criteria as factors in Florida’s development—go screw, fascist!

Florida: No value higher than whatever the will wills. Freedom here is understood as formless potential. The sole truth? That each individual fashions his or her own unimpeachable truth. In good conscience. And with a whiff of progress about it. Florida: No judge but one’s own.

Do you, friend! Because I’m certainly gonna do me.

Featured image:
At a Naval Station in Pensacola, Florida, circa 1943. 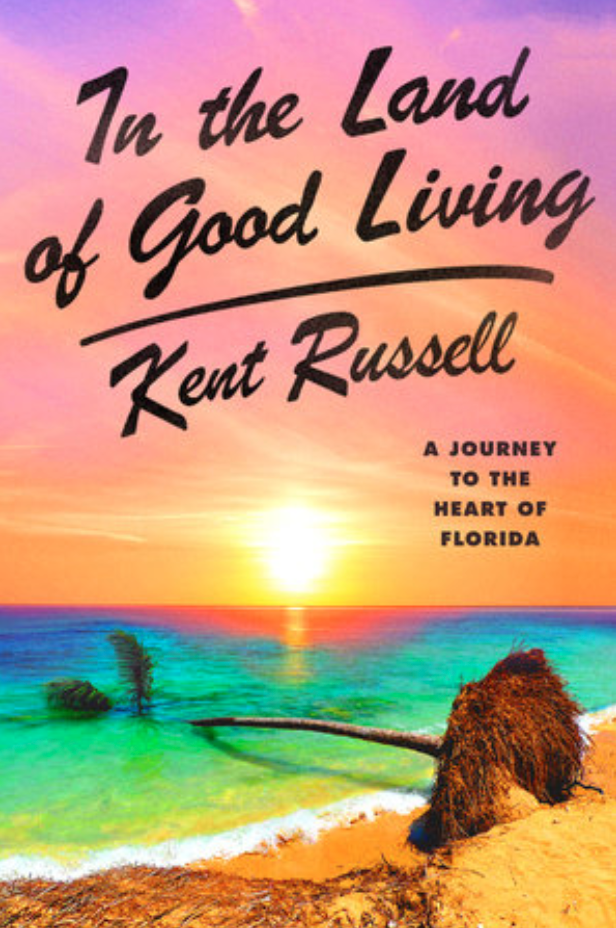 Excerpted from IN THE LAND OF GOOD LIVING: A Journey to the Heart of Florida by Kent Russell. Copyright © 2020 by Kent Russell. Excerpted by permission of Alfred A. Knopf, a division of Penguin Random House LLC. All rights reserved. No part of this excerpt may be reproduced or reprinted without permission in writing from the publisher.

Kent Russell’s essays have appeared in The New Republic, Harper’s Magazine, GQ, n+1, The Believer, and Grantland. He is the author of I Am Sorry to Have Raised A Timid Son. He lives in Brooklyn, NY.

On Saul Bellow's Celebration of the Messy and Manic 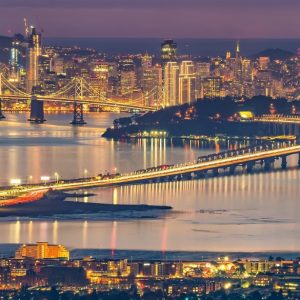 I didn’t think I would be 48 when I published my first novel. And yet, here I am. I realize now that I needed the time—and...
© LitHub
Back to top
Loading Comments...