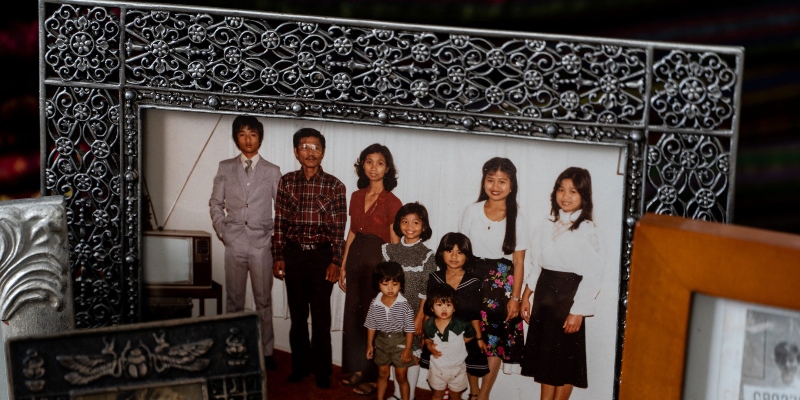 Born in Battambang, Cambodia, during the Khmer Rouge regime, Kalyanee Mam immigrated to the United States in 1981 with her family. In this narrated essay, Kalyanee traces her father’s struggle for agency and acceptance in America against the backdrop of the false promise of the American Dream. As she reflects on her father’s death—“from pain and heartache for a homeland he could never return to and the disappointment of a dreamland where he would never be accepted”—she considers her Cambodian heritage, her upbringing in the United States, and the deep belonging that can be found when one is anchored in ancestry and homeland.

My family’s journey to this country and our process of fitting in began with a letter my father wrote to the United Nations High Commissioner for Human Rights on June 29, 1981.

My family and I had just fled the Khmer Rouge regime. We left the refugee camps in Thailand and were temporarily placed in a refugee processing center in the Philippines to await permanent resettlement in the United States. Over eight months had passed, and we were still waiting.

My father humbly directed the letter to a “Dear Sir,” requesting “his excellency” to “kindly solve the problem.” He outlined all the prerequisites he had successfully completed—medical examinations and x-rays, an English as a Second Language class, and “duties and responsibilities in the camp.” He questioned why, after completing these prerequisites, we still remained in the camp while so many other families who had been on the same flight with us from Thailand to the Philippines were already resettled. He wanted to understand why, having done everything he could to ensure we would be granted admission, we were still denied. Despite the humble nature of his letter, my father was articulate and firm with his request.

“Would you please explain me about this matter?” he asked.

However, his tone remained respectful and even pleading: “I’m looking forward to having your kind reply, and we hope that you will kindly intervene all my problem.… Would you please help me to be sure that I will be able to immigrate to the USA very soon?”

He ended the letter: “With my deepest respects. Very truly yours.”

During the Khmer Rouge regime, which claimed the lives of nearly two million people, my father learned that our lives could be taken from us at any moment. He hid his eyeglasses; my mother stashed away old baby photographs of my sister Sophaline and my brother Makkara and sewed precious gemstones and gold jewelry into the seams of her pants. We could have nothing in our possession that would reveal we were educated or even middle class.

Later, when we applied for admission to the United States, my father also learned that our lives were not ours. It was in someone else’s hands to grant or deny us entry. And if he did not abide by the rules—learn English, pass his medical exams, and prove that he could be a good citizen—he would fail. He learned these lessons over and over again once we arrived in the United States as he struggled to pursue what was sold to him and to so many other immigrant and refugee families: the “American Dream.”

The American Dream has often been defined as a struggle for opportunities which are granted to those willing to pull themselves up by their bootstraps and fight for success. This dream has also been defined as a boundless pursuit of happiness, wealth, power, and acceptance—oftentimes, these pursuits are conflated with one another.

One could say that we should be grateful for the opportunity to flee the nightmare that was the Khmer Rouge. But that way of thinking is embedded in hypocrisy: if Cambodia had never been colonized by France, and if the United States government hadn’t bombed our homeland and supported a fascist regime, we would not have become refugees. In pursuing this American Dream, we were plunged into the depths of a more subtle but equally powerful nightmare. We fled a genocide in Cambodia only to enter into another genocide of our ancestry, our identity, and the core being of who we are.

Kalyanee Mam is an award-winning filmmaker whose work is focused on art and advocacy. Born in Battambang, Cambodia, during the Khmer Rouge regime, Kalyanee immigrated to the United States in 1981 with her family. Her debut documentary feature, A River Changes Course, won the World Cinema Grand Jury Prize for Documentary at the 2013 Sundance Film Festival and the Golden Gate Award for Best Feature Documentary at the San Francisco International Film Festival. Her other works include documentary shorts Lost World, Fight for Areng Valley, Between Earth & Sky and Cries of Our Ancestors. She has also worked as a cinematographer and associate producer on the 2011 Oscar-winning documentary Inside Job. She is currently working on a new feature documentary, The Fire and the Bird’s Nest. 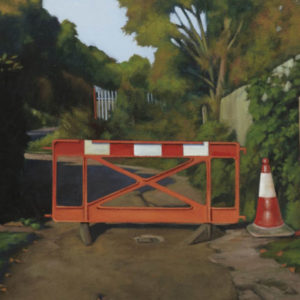 I went to bed. Three times I went to bed. Or rather I took to the bed Three. Separate. Times. How could you go to bed three...
© LitHub
Back to top