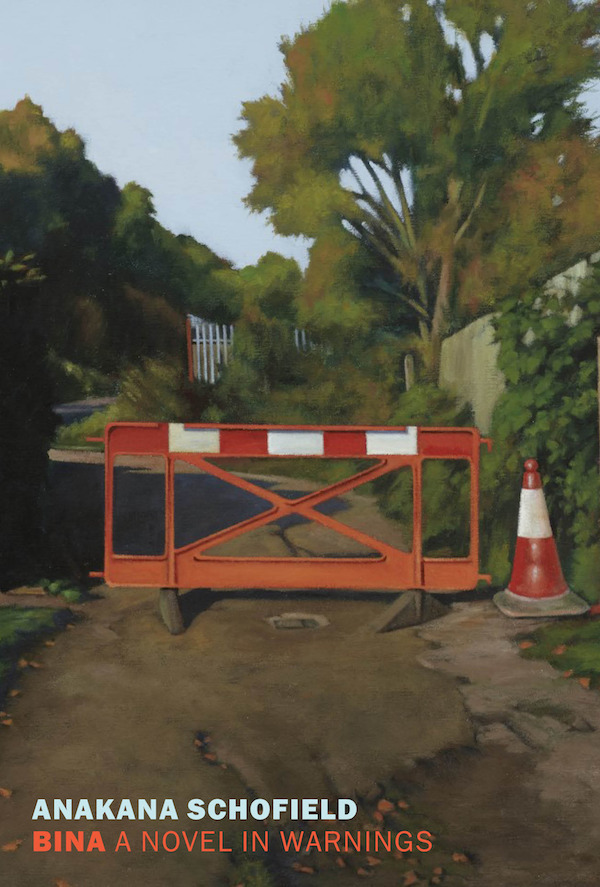 The following is excerpted from Anakana Schofield's latest novel, Bina: A Novel in Warnings, a novel of formal inventiveness and moral and emotional complexity. Schofield's previous novels include Malarky (2012), which won the Amazon.ca First Novel Award and the Debut-Litzer Prize for Fiction in the United States. She lives in Vancouver, British Columbia.

I went to bed.

Three times I went to bed.

Or rather I took to the bed

How could you go to bed three times together? That’s silly.

When I say I went to bed I don’t mean the way you go tobed, the way you probably went to bed last night or the way you might be in bed right now, reading this. I don’t mean I go to bed with a person. When I go to bed, I really go to bed. Alone. All alone. There’s no one invited in. There’s no one to invite in. The first time I went to bed I didn’t get back up for two months. This time I haven’t counted. But it’s probably been more than five days since I lay down and started writing this. I never before wrote anything lying down and that’s a fact. I’m not for writing things down but the Tall Man trained me. Have your story straight if questions are asked. You’ll only get one go at a reply, he warned me, and he’s right.

Never doubt me when it comes to bed.

No woman was ever as good as I am at going to bed.

You’d have to actually be a bed to better me.

Another reason I cannot go to prison. They are fussy about when you go to bed and it won’t suit me. I never liked how they make you get out of the bed when they decide you’ve to be out of it and you’ve no way out of bed even if you have no desire to be in it.

Desire and decisions, see. A natural contradiction. A place for unnatural eruption.

Eddie was an eruption.

The first human one. Won’t be the last.

But look at what he left in his wake.

A wake is an absolutely cheery goodbye.

There will be no wake with Eddie.

To really be shut of him.

Pity you can’t order them over the phone, underneath specific people.

She wanted gone from Eddie.

If she couldn’t get rid of him

They could take her.

If it was between the two of them

This weary woman wasn’t fussy whom they took.

Phil said act like she, Bina, was going mad, to get a holiday from Eddie. Then, while inside, send in the heavies to evict him from her house. Bina asked Phil where would she find the heavies and could she find them without going mad? Phil told Bina there were worse things than lying in a white room and having an egg cooked for you. Phil had been in the ward, remember.

Bina remembers. Bina visited her in the ward. She doesn’t remember any white room though. With Phil in the ward, all she recalled was the pink bedside cabinet and that whale of a lunatic man in the bed opposite, baying non-stop about Beirut and Joanie squawking all manner of unnecessary everything to the nurses.

Or was it multiple smells.

She performed an inventory.

1. The smell of hospital food
2. Or was it sheets
3. Or someone’s innards.

She recalled hearing something slop into the bedpan of the woman beside Phil. Another nearby wailed that a tape- worm had eaten its way into her back passage and she bellowed that no one should be lying on these mattresses until they’d been checked for worms.

There would be no holiday from Eddie if there were terrible smells to contend with.

It’s true there was likely to be a lingering smell of Eddie in the house.

But whatever the smell once she got rid of him, at least she could breathe.

Could she persuade them she needed taking away from Eddie?

Ideally they’d take Eddie away instead.

This was Bina suggesting to Phil as they discussed it.

They don’t take you unless you’re dying now.

This was Phil suggesting to Bina as they discussed it. Dead.

You’ve to be dead.

That had her thinking.

Phil had that effect. She was one of the very few who did this to Bina.

All this was of course

Eddie wasn’t gone, the way he is now.

She just worries he’ll come back.

The Journeys of Trees by Zach St. George, Read by Daniel Henning 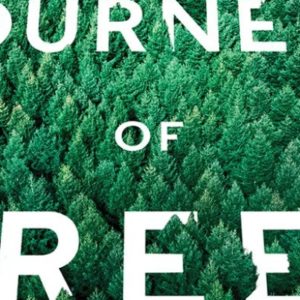 The Journeys of Trees by Zach St. George, Read by Daniel Henning Every Monday through Friday, AudioFile’s editors recommend the best in audiobook listening. We keep our daily episodes...
© LitHub
Back to top
Loading Comments...