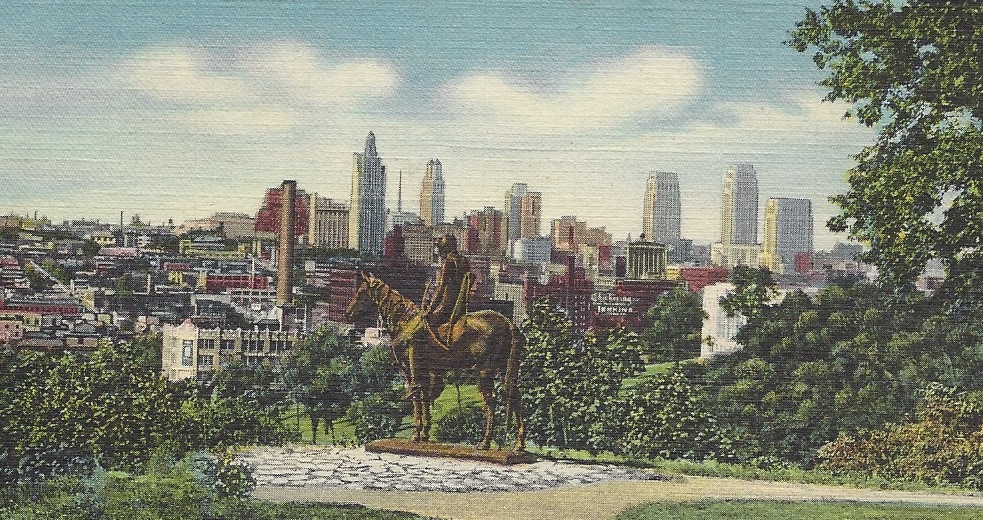 For far too long, Kansas City life has been defined by Evan S. Connell’s classic explorations of upper-middle-class WASP repression. Part of this was due to the suffocating influence of the developer and segregationist J.C. Nichols, who abhorred improvisation, and believed exclusive country clubs were appropriate centers of white culture and power. Those days are gone. The pink polo-shirted descendants of the Bridges may not be aware of this it yet (I did my time with this crowd, back in the 1980s), but the city has dumped them and moved on. The centers of art, commerce, and social life are now downtown, in the Crossroads District, and in the burgeoning West Bottoms.

Like most of America, there’s still too much segregation, some of it caused by the new redevelopment downtown. But here’s a pleasant irony: Nichols’ beloved Country Club Plaza, where the Bridges used to lunch, has become a popular shopping and strolling spot for the city’s formerly exiled black middle class. Nobody loves a country clubber around here anymore, and you won’t have to, either.

The Green Lady Lounge is a new Kansas City club that actually feels like the old famous jazz clubs of the 1920s and 1930s—which is to say that it’s an improvisation, not a museum. You duck in the door beneath a nondescript awning on 18th

and Grand Avenue, across from a drive-through bank. Red walls, low light, gilt framed paintings, jammed banquets, a packed bar, and in the middle of it all, Ken Lovern spazzing out on a Hammond B-3 organ in his socks. People go there to party, to see and be seen. And it’s right in the heart of the Crossroads District, which has become the city’s DIY home for artistic and intellectual life. (There’s a second stage downstairs.) Similar joints: Tom’s Town, Manifesto, The Rieger Hotel Grill & Exchange, The Westside Local, The Blue Room, YJ’s Snack Bar, Voltaire, The Mutual Musicians Foundation, Davey’s Uptown Ramblers Club. And anyplace that has KC’s great sax player, Bobby Watson, the trumpeter Hermon Mehari, or the singer Ida McBeth in the room.

You need, like, a place to write, don’t you?

Professor budget: a Victorianist I know just bought a nice place in Columbus Park for around $160,000. It’s a compact former Italian neighborhood turned Vietnamese neighborhood, composed of Brooklyn-style duplexes and town houses with second floor porches. And it’s only five minutes from The Green Lady!

Actual New York or San Francisco budget: sell your two bedroom in Williamsburg or the Haight for a million plus, and buy an six-bedroom Georgian with a carriage house, badminton court, and indoor spa, formerly owned by a certain Mr. and Mrs. Bridge. Or purchase any of the above properties and retire on the balance. Problem solved.

People stay here, or move here, because they have the cultural and financial freedom to try shit; if it doesn’t work, they try again. For example, broke Kansas City Art Institute graduate named Sean Starowitz became the house artist at a local bakery and started inviting hundreds of people out to dinner to fund arts projects. Why not? My own students are founding journals and websites. (The Bear Review and SqueezeBoxCity, respectively.) At the back bar of The Rieger, owner and chef Howard Hanna, who returned here from New York, serves off-menu meals to the artists and musicians who stop by. David Ford, a local painter, Jesuit seminary dropout, and founder of YJ’s Snack Bar, organizes massive, scripted art installations that include “clergy, exotic dancers, demolition derbies, and African-American drill teams.” Among the established galleries are the Haw Contemporary, PLUG Projects, La Esquina, the Leedy-Volkous Art Center, and the H&R Block Artspace—but I once visited a buddy at his apartment down on 18th Street and somebody had opened a gallery in the hallway of his building. There are Mardi Gras Krewes—why the hell not?—and local fashion shows that don’t always quite work, a popular pizza joint owned by a sculptor named Stretch who likes to hold live rock concerts out back, and a fantastical bar in the stockyards that was reassembled from the pieces of an old downtown bar and looks exactly like the inside of a ship.

It turns out that when you can afford your housing, and you’re not starving, and there’s a quorum of curious, freaky art people around, it’s a lot easier to dream.

I haven’t yet mentioned the place where I work, the University of Missouri-Kansas City. It once was dismissed as the underfunded urban sister of the University of Missouri-Columbia. But you saw the news, didn’t you? The protests at Columbia? #ConcernedStudent1950? That’s them. We’ve got an African-American chancellor (just like the city has an African-American mayor). Our student population is beautifully diverse. We have an awesome Women’s Center, powerful, administration-supported LGBTQIA student organizations, and a hard-headed, heterodox economics department with a faculty member who advises Bernie Sanders. We also have an MFA program, which my pals and I founded in 2008. You want support? Come talk to us. We’ll hook you up with the editors at New Letters Magazine, The Kansas City Star, The Pitch, Vice, and KCUR or at the publishing house Andrews McMeel. The folks at The Writers Place, The Kansas City Public Library, Rainy Day Books, Rockhurst College, Park University, and the Kansas City Art Institute who help us bring writers to town. The Durwood and Charlotte Street Foundations, who fund our students and other writers. All of us think this is a good place to write—not because Hemingway used to live here once, or because Evan S. Connell left. But because it isn’t the city that either one of them ever knew. Instead, it’s the city that we’re still creating, with the help of whoever shows up next.

Whitney Terrell’s most recent novel, The Good Lieutenant was selected as a best book of 2016 by The Washington Post, The Boston Globe, and Refinery 29. He is also the author of The Huntsman and The King of Kings County. His nonfiction appears in The New York Times, Harper's, The Washington Post, Slate, and other publications. He is an Associate Professor of English at the University of Missouri-Kansas City and is a co-host of the Fiction/Non/Fiction podcast at Literary Hub.

The Origins of Diane Arbus's Most Famous Photograph 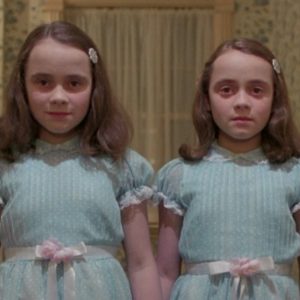 The Origins of Diane Arbus's Most Famous Photograph

Arbus attended a Christmas Day party in 1966 that was held by the Suburban Mothers of Twins and Triplets Club of Roselle,...
© LitHub
Back to top