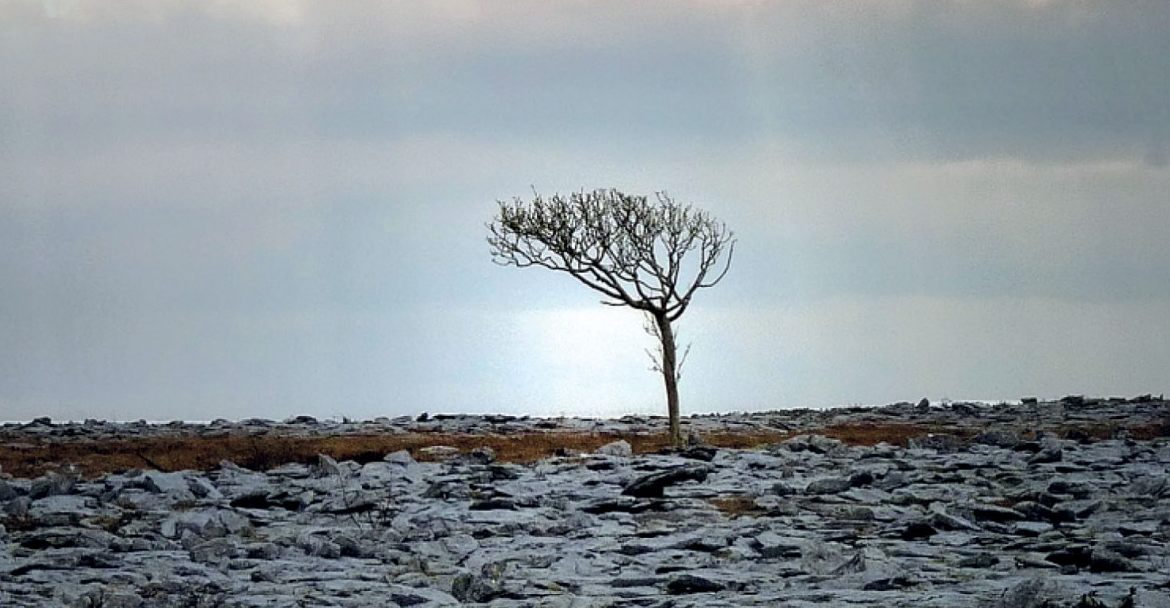 Oliver Sacks’s last book rewards us, The Complete Works of Primo Levi draws a series of thoughtful responses, the former Paris bureau chief of the New York Times walks us down the unforgettable street where she lives, the author of The Art Forger sets her new novel among Abstract Expressionis artists working for the WPA, and Anne Enright’s The Green Road is back in the spotlight.

During the last months of his life, Sacks, who died August 30th, wrote a series of reflective essays for the New York Times, now a final slim volume collected by Kate Edgar (his long time assistant) and his partner, photographer Bill Hayes. Reviewers found his spacious last thoughts immensely moving.

“That one of the greatest scientists of our time should be one of our greatest teacher in that art is nothing short of a blessing for which we can only be grateful,” writes Maria Popova (Brain Pickings). She dubs Sacks “a Copernicus of the mind and a Dante of medicine who turned the case study into a poetic form, became over the course of his long and fully lived life.”

Heller McAlpin (Washington Post) calls Gratitude “a lasting gift to readers.” Unlike other writers who have reported from the front lines of mortality, she notes, “Sacks did not focus on his illness, his medical ordeal or spirituality, but on “what is meant by living a good and worthwhile life—achieving a sense of peace within oneself.” Sacks not only achieved that peace, McAlpin adds, but “managed to convey it beautifully in these essays. He found positive ways to think about everything, including his growing frailty: Perhaps, he suggests in the book’s final pages, he was in the Sabbath of his life, ‘when one can feel that one’s work is done, and one may, in good conscience, rest.’”

“For a full portrait of a most extraordinary man,” suggests Colette Bancroft (Tampa Bay Times) “pair Gratitude with On the Move, the remarkable, candid memoir published a few months before he died.”

Michael Dirda (Washington Post) salutes the project: “Here, amid all the print-on-demand paperbacks and downloadable e-texts, is old-school publishing on a grand scale… a magnificent edition of an important, if slightly neglected, author.” The preface to If This Is a Man, Dirda notes, “still comes as a shock: ‘It was my good fortune to be deported to Auschwitz only in 1944, that is, after the German government had decided, owing to the growing scarcity of labor, to lengthen the average life-span of the prisoners destined for elimination.’ Throughout that harrowing memoir, Levi maintains this same calm, dispassionate tone.”

“You can feel [his] emphasis on moral resistance in every sentence Levi wrote: his prose is a form of keeping his boots shined and his posture proudly upright, ” concludes James Wood (The New Yorker). “It is a style that seems at first windowpane clear but is actually full of undulating strategies. He is acclaimed for the purity of his style and sometimes faulted for his reticence or coldness. But Levi is ‘cold’ only in the way that the air is suddenly cold when you pull slightly away from a powerful fire.”

Edward Mendelson (New York Times Book Review) caps off his thoughtful response with this observation: “Levi combined a passionate sense of human dignity with a deep fatalism about human freedom. Everyone in Levi’s memoirs and fiction has a sharply defined character and personality, but no one changes from within, no one makes a decisive choice, no one experiences the give-and-take changes of intimate relationships. Instead, any change in a person’s life is the result of something like an inexorable chemical reaction.”

“Primo Levi is the rare writer about whom it can be said that his literary virtues are largely inseparable from his moral ones,” writes William Deresiewicz (The Atlantic). Deresiewicz has his doubts about the project. Levi’s “achievement, in his work about the Holocaust and its aftermath—If This Is a Man, The Truce, and The Drowned and the Saved, as well as parts of Lilith and The Periodic Table—is significant enough,” he writes. “Surrounding that achievement with masses of ephemera only obscures it. A selected works, at half the length for half the price (The Complete Works lists for $100), would have served him better.” Still, he adds, “if the collection brings new readers and renewed attention, 28 years after his death, to this remarkable artist and man, it will have done important work.”

Elaine Sciolino, The Only Street in Paris

Former New York Times Paris bureau chief Sciolino’s walking tour of her neighborhood, once home to Dégas, Renoir, Truffaut and Thomas Jefferson, strikes a chord, with Paris in our hearts after the recent terrorist attacks.

Danny Heitman (Wall Street Journal) emphasizes the book’s nostalgic air. “From Ernest Hemingway’s A Moveable Feast to A.J. Liebling’s Between Meals to Janet Flanner’s Paris Was Yesterday, accounts of France’s most famous metropolis tend toward the elegiac. So it is with The Only Street in Paris.”

Thomas Chatterton Williams (Washington Post) describes his own move to an apartment a block off the Rue des Martyrs. “And though I wouldn’t be able to claim anywhere near the same insulation from sadness here, I can attest that Sciolino is a keen and tireless observer of this ancient little market street that ‘has managed to retain the feel of a small village despite the globalization and gentrification rolling over Paris like a bulldozer without brakes.’ (The book, which is structured as 22 loosely chronological vignettes that dip in and out of the historical record, reveals this village to be so small and tightknit that an early chapter, to my amazement, revolves almost entirely around my wife’s aunt’s ex-boyfriend, an amateur neighborhood historian.)”

The journey Sciolino takes us on is “just half a mile,” writes Maureen McCarthy (Minneapolis Star-Tribune), “but Sciolino treads slowly, stopping at shops, talking her way past locked gates. Paris’ past remains present in the woman who restores antique barometers and the retired Socialist Party adviser who carries the yellow star the Nazis forced him to wear….intimate conversations give the book its best moments.”

“Sciolino is a storyteller at heart,” points out June Sawyers (Chicago Tribune). “This is a lovely and intimate look at a magical corner of Paris.”

Shapiro (The Art Forger) inserts the fictitious painter Alizée Benoit into the company of Abstract Expressionists Pollock, Krasner and Rothko, who were working for the WPA in the 1930s, adds a mysterious disappearance, and gives Eleanor Roosevelt a prominent role. The reaction is positive.

Shapiro “makes the radical, varied, and sometimes enigmatic world of abstract expressionism altogether human and accessible in her smart new historical thriller,” writes Ted Kehoe (Boston Globe) “The novel evokes the horror and sorrow of the Holocaust in just their tedious administrative tasks of retracing steps, of sifting through wreckage. Shapiro also does a wonderful job of restoring complexity to the historical moment and stripping away the clarity of retrospection. One cannot help but think of the current refugee crisis and the condition and degree of our national obligation. Such is the value of good fiction.”

In the “desperate letters that Alizée’s relatives send from Europe,” Carol Memmott (Washington Post) concludes, “The Muralist becomes vibrant and suspenseful. ‘Things grow more difficult by the day,’ her cousin writes from Belgium. ‘They have imposed their so-called anti-Jewish regulations, including yellow stars, curfews, and the unimpeded looting of shops. The police, the royal prosecutor, and the citizens of Antwerp stand by and do nothing. Cowards all.’”

David Leavitt (New York Times Book Review) says The Green Road is, “in the best sense of the word, a strange novel.” He is admiring, calling it “an impressive novel that bounces its readers through some fairly rocky terrain, not the least of it the green road of the title, as she charts the fortunes and misfortunes (mostly the latter) of the Madigan family over a period of roughly a quarter of a century. Unlike Bleak House,with its jarring shifts in point of view, The Green Road is, from a structural standpoint, one of the soundest novels I have read….”

James Wood (The New Yorker) points out that like Enright’s 2007 novel The Gathering (2007), The Green Road is “about a clan’s dispersal and reunion. And it, too, has a complicated matriarch at its center.” He analyzes Enright’s strengths: “Enright possesses an unusual combination of talents. She is a rich, lyrical prose writer, who cascades among novelties—again and again, she finds the unexpected adjective, the just noun. A glass of soda, the ‘surface of it a hush of bubbles.’ A stray dog backing away from its owner ‘in a palsy of hind limbs.’ But she is at the same time a brisk and satirical aphorist, who often conceals more than she displays.”

The Green Road, he concludes, is “true and rueful, as terribly adult in its clarity as its battered Madigans. Enright understands adulthood as a kind of aberration that befalls families: siblings must grow up, but their maturity is oddly irrelevant to the atavism of the family unit. Beneath the social achievements of adult life beat the wings of childhood. They are people linked only by memory…” 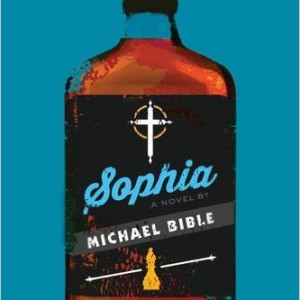 Eli, everywhere I go, dirty looks. These people that pray in restaurants before their meals. These people with their ideas...
© LitHub
Back to top
Loading Comments...