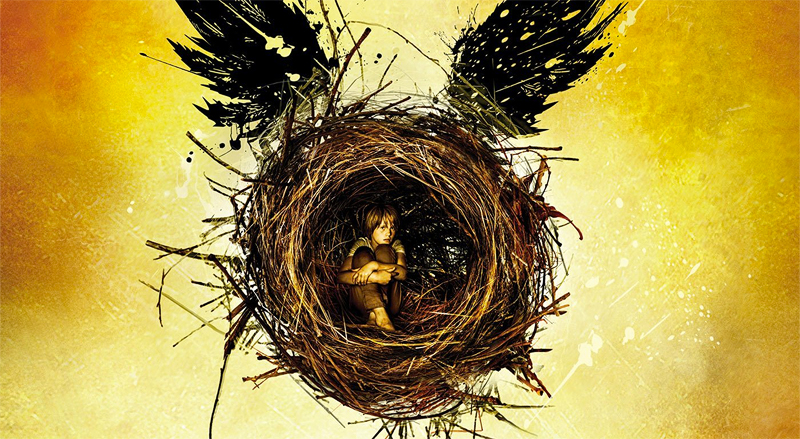 One highlight of the week: a tribute to novelist and NPR reviewer Alan Cheuse, a long-time faculty member who died a year ago. Writers, editors, and agents who are part of the tight-knit community—Michael Carlisle, Andrew Tonkovitch, Joanne Meschery, Jack Shoemaber, and Gregory Spatz among them—share memories, and passages from his work. Amy Tan reads Cheuse’s first publication, the short story “Fishing for Coyotes,” about a young woman and her artist husband visiting her family in East Texas, which appeared in the Dec. 17, 1979 issue of The New Yorker, just before his 40th birthday. I have the chance to talk about how he’s inspired me as a critic and fiction writer, and to read from his risk-taking 2011 novel Song of Slaves in the Desert. Oscar Villalon reads Cheuse’s story “The Burden,” and describes calling Cheuse last July to let him know Zyzzyva had accepted it for publication. Sands Hall and Cheuse’s wife Kris O’Shee leaven the proceeding with a song and dance reprise of “To Be or Not To Be” recited backwards, a legendary Cheuse performance. His daughter, Sonya Cheuse, who followed him into the literary world, quotes his six-word memoir: “Live, write, dream, all at once.” The Man Booker longlist of 13 includes Americans Paul Beatty (The Sellout), David Means (Hystopia), Ottessa Moshfegh (Eileen), Virginia Reeves (Work Like Any Other) and Elizabeth Strout (My Name Is Lucy Barton).

Harry Potter mania is back, with hundreds of bookstores taking part in the midnight release of the script of a play that opened to raves in London; Jensen Beach’s new story collection is inspired by his years in Sweden, Jeffrey Toobin’s latest captures the “wild saga” of Patty Hearst’s kidnapping, crimes and trial, YA author Catherine Banner writes a seductive novel for adults set off the coast of Sicily, and Erik Reece reports on his search for lost utopian communities. 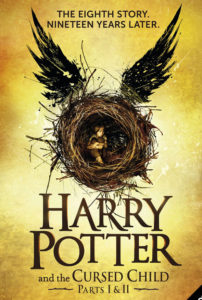 Harry Potter and the Cursed Child, Jack Thorne. Based on a story by J.K. Rowling, Jack Thorne, and John Tiffany.

At midnight on the birthday of Potter and his creator Rowling, almost ten years after the last Harry Potter book launched, fans line up for a “magical” release, and the news that this is the series finale.

“Rowling is as good as ever at setting a plot ticking, and the fact that Cursed Child is a play means most readers can knock it out in a couple of hours,” concludes Dan Kois (

Slate). “But reading a Harry Potter story in script form turns out to be a disappointing experience, one that helps clarify what was so pleasurable about Rowling’s novels. Gone, yes, are the limitless adverbs, the filler sentences of people going up stairs or packing away their books or telling the Fat Lady the new password to the Gryffindor common room. But gone, too, are Rowling’s inventive descriptive passages, the ones that gave the wizarding world magical life, the ones that fueled the imagination.” And, he wonders, “Could some enterprising business reporter figure out if, upon the instant of its release, Cursed Child became the best-selling playscript in publishing history? Maybe it still trails, like, Hamlet.”

Sue Corbett (People) says this new Harry Potter offering is “a brilliant reimagining and continuation of the story, but it won’t be everybody’s cup of English breakfast tea. Reading 300 pages of dialogue is not the same immersive experience as settling into one of Rowling’s massive tomes, but for fans of the series? It’s a must.”

“With a ‘Time-Turner’ as a key prop, Cursed Child travels fluidly through Potter history, revisiting dramatic moments from the saga,” writes Marion Winik (Newsday). “It begins right where Harry Potter and the Deathly Hallows ended—at the train station, with a middle-aged Harry and Ginny sending their son, Albus, off to Hogwarts.”

The more you love the script, she concludes, “the more you’ll want to see it come to life on stage.” 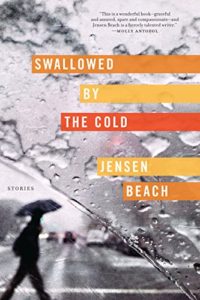 Jensen Beach, Swallowed by the Cold

Beach, an American based in Vermont, sets the 16 stories in his second collection in Sweden, where he lived for six years. His atmospheric collection strikes a chord with critics.

Beach has finely threaded this collection so that there is a sense of parallelism running throughout it. Another striking feature is the way Beach has chosen to tell familiar stories from new, oblique angles, imbuing them with a wry humor. It is difficult to guess how these stories end or to classify them as funny or sad, uplifting or depressing, smart or silly, etc. The truth is that each of these stories is all of those things and much more.

“In recent years, Scandinavian literature has become synonymous with thrillers,” writes Lauren LeBlanc (Minneapolis Star-Tribune) “The pervasive cool detachment that cloaks those novels is deftly applied to Jensen Beach’s collection of short stories. It seems a disservice to classify this skillful collection as one of interconnected stories. Rather, characters appear, recede, then resurface throughout the book….their passage through the stories mimics the manner in which these characters struggle to connect with one another. These are people who go out of their way to avoid conflict: They sneak into the homes of dead men and take alternative roads rather than face their fears.”

“While sudden reversals propel each of the stories,” notes Lara Palmquist (The Rumpus), “Beach’s aesthetic is sophistically understated, aspiring less to shock than generate a steady current of foreboding. In the tradition of Breece D’J Pancake, Alan Heathcock, and Kyle Minor, Beach employs deliberate, achingly spare language to delve into the darker corners of human experience. The resulting atmospheric tension is as much a testament to Beach’s talent as it is effectively unnerving.” 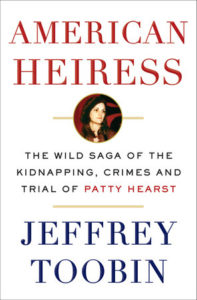 Toobin’s unauthorized account captures the “wild saga” of the 1974 kidnapping of newspaper heiress Patty Hearst by a leftist group called the Symbionese Liberation Army, her 19 months in captivity and ultimate jail sentence for her part in the SLA’s bank robberies. Reviewers are mostly positive.

“It is a remarkable story, skillfully and engrossingly told,” concludes David Wecht (Pittsburgh Post-Gazette), who points out it’s a story unknown to most readers under 50. “Mr. Toobin turns his critical lens on every player in the cast. Nothing and no one escapes his scrutiny. Why was the San Francisco Bay such a cauldron of lunacy in this period? Why did Hearst’s parents stumble in their initial reactions to the kidnapping? Why did the FBI bumble the investigation so badly for so long? Why did Hearst fall in line so gladly with her captors? Why did F. Lee Bailey, America’s most famous lawyer at the time, roll the dice and put Hearst on the stand at trial? Why did Jimmy Carter commute her sentence? And why, by golly, did Bill Clinton pardon her?”

Kevin Canfield (San Francisco Chronicle) concludes that Toobin’s book “successfully captures the unrivaled spectacle of the Hearst drama. This was a saga that included a massive food giveaway to the Bay Area’s needy (the Hearst family, acting on an SLA ransom demand, bought the food and arranged for its disbursement); a live TV broadcast of a shootout between police and the SLA, six of whose members died; and vivid cameos by A-list actors, star athletes and a host of counterculture notables.”

Matthew Price (Boston Globe) finds Toobin’s take “provocative, to say the least. Hearst, he argues, was steely, resolved, strong, and, above all, adaptable, a ‘clear thinker, if not a deep one.’’ Was she a traumatized pawn, a victim of Stockholm syndrome, or a political convert who pragmatically denied all after her arrest? Toobin dispassionately reviews the evidence, concluding that Hearst did eventually ‘join’ the SLA. ‘Her evolution from empathy to sympathy to comradeship was gradual, but that evolution did take place,’ he writes.”

Laura Miller (Slate) has a dissenting perspective. Toobin’s book, she writes “does something I wouldn’t have thought possible before reading it: It comes down too hard on the SLA. True, the ‘army’ was a pack of jokers, a handful of pseudo-Marxist white kids led by a delusional black man, Donald ‘Cin’ DeFreeze, who rarely left his apartment because he’d recently escaped from a California state prison. (Toobin notes that authorities ‘made virtually no effort to find him’ despite the fact that he had a record of violent crime.)”

Today, what Hearst and her story seem to reflect best is the apocalyptic mood of the 1970s, particularly in the Bay Area, where, “to a degree that can scarcely be imagined today,” Toobin writes, “the bomb became a common mode of American political expression,” the preferred action of radical groups like the Weather Underground. 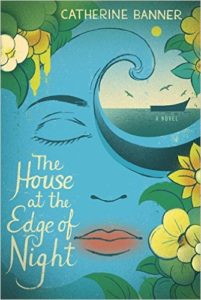 Catherine Banner, The House at the Edge of Night

The British author of a YA fantasy series she started in her teens serves up her first adult novel, set on an island off the coast of Sicily, with positive results.

Throughout, characters remain their most pleasantly totemic selves: the wicked count, the simple villagers, the stranger washed up on shore. Like good fictional Mediterraneans, they eat ricotta, drink limoncello and dance in the piazza. This exquisite and unabashed fulfillment of tropes is—when done as well as it is here—deeply satisfying, like a familiar recipe perfectly executed.

“Like pictures of a childhood summer, or a half-forgotten smell,” she concludes, “this book is sweet and heady with nostalgia; not radical, maybe, but comforting as a quilt.”

As you turn the pages, writes Bethany Ao (Denver Post), it’s hard not to feel like you’re in Castellamare, “standing next to Maria-Grazia as she makes rice balls for the bar, swimming through sea caves with her sons, Giuseppino and Sergio, and standing under a shower of flower petals during Sant’Agata’s festival.”

Ellen Akins (Dallas Morning News) praises Banner’s light touch, and adds, “her style accommodates both the foibles and magical thinking of Castellamare’s more curious inhabitants and the subtler moments of happiness and heartbreak her main characters experience across several generations. Casting back to Amadeo’s inauspicious beginnings as a baby deposited at a foundling hospital, Banner gives the novel a fairy-tale quality that allows historic events—world wars and technological advancements and economic crises—to coexist with near miracles like Sant’Agata’s rescues and healings.” 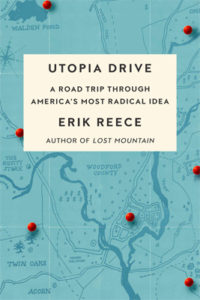 Reece, writer-in-resident at the University of Kentucky and author of An American Gospel: On Family, History, and the Kingdom of God, visits the locations of utopian colonies in the Eastern United States, and returns with what Kirkus Reviews calls “Compelling narratives with a personal voice, with some utopian political bite.” Reece describes the inspirations for his four books, including Aldo Leopold, a 2002 stint writing poetry in the Robinson Forest in Eastern Kentury, and a visit to the state capital’s Office of Natural Resoures, which issues permits for mountaintop removal jobs. Studying with Guy Davenport at the University of Kentucky 25 years ago triggered his interest in utopian communities.

In Reece’s search for utopias, he found two in Kentucky—Shaker Village at Pleasant Hill, and Abbey of Gethsemani—in addition to “New Harmony, Ind., (the country’s first secular experiment in utopianism) and Oneida, N.Y. (where John Humphrey Noyes and his “perfectionists” scandalized the neighborhood,” notes Cheryl Truman (Lexington Herald-Leader).

One of the funniest passages of Reece’s book, she adds, is when he “discusses the trash-talking the Shakers did when the children they took in turned out less than pious. The rebels were called ‘flesh-pots’ and ‘puffs of trash.’ A Caroline Whittymore was dubbed the ‘Harlot of Harrodsburg’ and was kicked out of the village. She returned briefly, drunk, with her boyfriend and a horse pistol….”

How to End a Memoir Without Getting Married 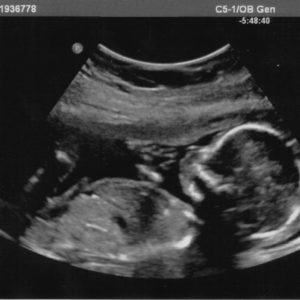