In a few months you will finally arrive in the world.

I feel your movements reproduced inside me.

Like a wave that flows and as quickly ebbs again.

Like the fin of a fish suddenly breaking a calm surface.

Opposite the bed I have mounted pictures of you.

Packages for you arrive in the mail from other continents.

That someone can be so loved before their birth.

occupy so much space before they intervene in

I don’t know with what pain I will deliver you.

I don’t know when our nights will drive me insane.

I wonder if you will be born with hair on your head.

I wonder if your heart will beat with a rhythm that worries me.

I wonder if you will begin your life silently or with a scream.

I wonder if your gaze will see through me from the beginning.

I have no inheritance for you.

No china, no paintings, no lace cloth, no jewelry.

I have nothing that has been passed between generations.

For you belong to families that have abandoned everything.

That have left with nothing.

We have nothing to pass on, since nothing has been passed on to us.

Nothing except stories about decisive hands.

We have stories about the fight that precedes you.

We have stories about the struggles that enabled us to survive.

So we one day could give you life.

We have stories about where we come from.

We have stories about which battle fields brought us here.

Here to the place that will soon be yours.

I traveled with your father to your grandmother’s hometown.

We went to a park where the names of the dead are written.

There were thirty thousand.

They were arranged alphabetically.

When the same last name was repeated I understood.

An entire group of siblings had been annihilated.

I held your father’s hand when he threw roses into the river.

In the park I understood something about your aunt’s poems.

When she writes about carrying the names of the dead as

talismans it is not a symbol.

Your grandmother pointed out the names to us in the park.

She named her children after all her dead.

She named them after sweethearts and comrades.

She gave them the names of the dead because something was

Because death in all its futility would at least serve as protection.

Your father said his ashes should be scattered in the park one day.

To be reunited with all the dead.

For his death will remain tied to theirs.

For it will belong to the place they were forced to leave.

For a love that does not contain such grief cannot give rise to life.

For a future that does not tend to such defeats I have no faith in.

I wonder if you will be the first who is allowed to remain.

If you will end your life in the same place as it begins.

If you will call a place home and not see it devastated.

If you will bury us in a place you can return to.

Or if you must also bid a hasty farewell that turns out to be final.

If you must also stand by prison gates and wait.

If someone will stand outside and wait for you.

If someone will search for your name in lists of the dead.

If all suffering one day will be placed in relation to a freedom gained.

I will sing you lullabies I barely master.

If you do not know your aunts’ songs their struggle will end with you.

I am afraid something will end with you.

I hope something will end with you.

If it does not end with you I don’t know how long it will continue.

There are so many ways to be annihilated.

One way is to die of bullets and lashes of the whip.

Another is to destroy yourself because you didn’t.

Like your uncle who against all odds evaded the hands of

He who fled and told me how escape routes became dead ends.

Then he took one pill too many and never woke again.

I who imagined how we would lean back and toast each other.

I know that grief is the price of love.

I know that even the earth will go someday.

I know that one either buries or is buried by those one loves.
But his shoes still stand in the hallway waiting for him to awaken.

Because love lives in flesh and not in stone.

Because if someone disappears someone else must become.

the inexplicability of life.

Can there be lullabies that are not songs of struggle.

Can there be children’s hands not taught to form fists.

Can there be daughters not named after warriors.

Can there be reworks that do not evoke memories of gunshots.

Can there be games of tag that do not recall escape routes.

I am afraid I have nothing to offer you.

I am afraid you will reject the stories, as I have rejected them.

I am afraid they are told in too many versions.

I am afraid our lives are conditioned by experiences inaccessible

I am afraid this is why we must continue to tell. I am afraid you will not want to listen.

I am afraid freedom will make you a stranger.

I assemble a crib and see you hoist yourself out of it.

I fold a onesie and imagine you crawling around in it.

children for an eternity.

I will place your arms in our victories as a mail.

I will wrap your legs in our defeats as a shield.

Your grandmother joined the guerrillas when she was fifteen.

When she went underground she was carrying her first child.

When her mother knew the military was searching for her

daughter she cleaned the apartment.

From her window she saw the helicopters going to dump the

corpses in the river.

When your mother had crossed the border her father brought the

So that someone else’s child could also be saved.

He continued to dream that there would be enough champagne

understood you were essential.

We who consist of all these stories.

We who spoke with our cousins on crackling phone lines.

We who cried in airports during the summers.

We who knew what was concealed in the lining of the suitcase.

We who called our parents different names depending on who

We who longed for a place that had never been ours.

We who were nostalgic for a time we had never experienced.

We who armed ourselves for battle fields already abandoned.

We who bandaged the wound before it had occurred.

Your grandmother distributed flyers and agitated at the factories.

Your grandmother delivered babies during bombings until it was

her turn to give birth.

When she got married the taxi driver was a witness since

everyone had gone underground.

Her brother remained even though everyone else had left.

robbed him of life.

Thirty years later he said that he should also have left.

Your grandfather spent nine years in a prison cell.

When I became older I read about the mock executions.

is not in a place temporarily.

I rub my skin so the sheath that surrounds you will stretch.

I dismiss the thought that one of us will not make it.

I will kiss your feet and hope they will never have to cross a border.

I will wash your skin and imagine it will never be scarred.

I will brush your teeth and hope they will never be knocked out.

What is cyclical in history blooms when I imagine your earlobes’

I will tell you about all your aunts.
Those who fought so I could decide it is now that I want you.

So the sheets would be clean.

So the midwife would be rested.

So no one would hurt you without punishment.

So I would have time to get to know you.

Those who continued when police ordered them to stop.

Those who had bandages in their backpacks and lemon wedges in

Those who did things I cannot recount.

Those who dreamed of fields of flowers and awoke in prison cells.

Those whose experiences were never recognized as knowledge.

Those who survived even though they weren’t meant to.

I will tell you about everyone who precedes you.

I will tell you why your life is connected to theirs.

I will tell you why you receive packages from other continents.

I will tell you about the walls that hold them hostage.

I will tell you about self-defense that cannot be punished.

I will tell you about movements that transform us into many.

I will tell you about history that will not be repeated.

I will tell you about abilities that give according to need.

I will tell you about victories that do not make us heroes.

I will tell you about the places you come from.

Where you come from the tanks cross the squares like

Where you come from escape routes become dead ends.

Where you come from the ambulances drive directly to the

Where you come from the present rhymes with history like

syllables in a poem.

Where you come from the rivers are cemeteries.

Where you come from the cobblestones are memorials.

Where you come from we have supported what has destroyed us

Where you come from we have left our mothers’ houses.

Where you come from we have thrown gravel into the machinery.

Where you come from we have discovered that the factory turns

Where you come from no courtroom can give us restitution.

Where you come from even we have taken our testimony as

You have a face that resembles mine, one I have not yet seen.

You are the future present here.

You are an unknown promise.

You come into being independently of me, a condition for your

You are foreign and my continuation by other means.

You renegotiate my dependence.

You displace my limit.

The frailty that is life appears through you.

The connection between us grows with every movement.

The body I have been alone in I share with you.

But I have never been alone in this body.

It has always been connected to other bodies.

To other stories that you will hear when you arrive.

Athena Farrokhzad was born in 1983 and lives in Stockholm. She is a poet, literary critic, translator, playwright, and teacher of creative writing. Her first volume of poetry, Vitsvit (White Blight, Argos Books, translation: Jennifer Hayashida), was published in 2013 by Albert Bonniers Förlag. In 2016, her second volume of poetry, Trado, written together with the Romanian poet Svetlana Cârstean, was published.
Share: 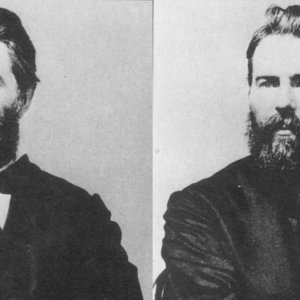