How to End a Memoir Without Getting Married

I have never thought more seriously about getting married than I did last year, when I was finishing a memoir about the death of a man I once loved. The question was not so much do I want to get married? But more like: should I get married to satisfy my readers? I had started looking at my life through the lens of a novelist. I needed to plot an ending that was implicit from the beginning.

Jason and I met when we were paired as scene partners at an audition for Medea. The setting of our meeting played perfectly into my 22-year-old identity as a tragic figure who lived at home with her parents. I’d spent my teens copying Sylvia Plath poems by hand into a notebook, memorizing the role of Blanche DuBois, and belting torch songs. “What’s the difference if I say I’ll go away… when I know I’ll come back on my knees someday?” Barbra Streisand sings in the role of Fanny Brice, and this was the kind of love I was waiting to be obliterated by. While some young women dream of white dresses and veils, I used to fantasize about playing Maria in the final scene of West Side Story.

With his collar flipped and a scowl on his lips, Jason was a dead ringer for James Dean. I lost my virginity to him and the song “Heartbreak Hotel.” When he followed the Medea script and dumped me for a model, I persuaded him we belonged together. I was with him the day he got the motorcycle. We brought it with us when we moved to New Mexico, where we lived for six months in a dramatic, destructive, depressing situation we referred to as our “romantic adventure.”

The only marriage proposal I’ve ever received was from Jason. We were at a Memorial Day party and the cops busted it for underage drinking. I was of age, but Jason wasn’t, and they wouldn’t let me drive him home, even though I was sober and we lived together. One of the cops said he might change his mind if I were his wife, and not just a girlfriend, and Jason dropped to one knee and removed the ring he always wore, which was soldered from motorcycle parts. I said yes, and he put the ring on my finger. Both cops gave a slow clap.

In the car on the ride home, I gave the ring back.

I wouldn’t touch that ring again until four years later, the night before his funeral, when his family and I passed around a Ziploc bag of the things found on his body at the scene of the accident.

As someone who has written both a novel and a memoir, I can say that a major difference between the two is that with fiction, the challenge is figuring out what messy situations to inflict on the imaginary people who live in your head; with memoir, it’s wresting meaning and order from whatever bad hand you’ve already been dealt.

The possibilities for ending a novel are infinite—one tries different variations until landing upon a conclusion that feels inevitable and destined. And perhaps the same could be said for love, in that it’s a search for the soulmate we assure ourselves was always meant to be ours. But I didn’t have infinite possibilities for the character of myself at the end of my memoir. I had only what was true, and what I could make out of that truth.

“If beginnings are leaps of faith, and middles are vexing, absorbing, full of trap doors and wrong turns and dead ends, sensing an ending is your reward,” writes Dani Shapiro in Still Writing. “It’s better than selling your book. It’s better than a good review. When you’re in the home stretch, it seems the universe reaches out to support you.”

I didn’t quite feel this universal support, but I at least knew where to look for it: on my bookshelves. During the three-and-a-half years I spent writing my book, I read more than fifty other memoirs about love and grief. I pulled my favorites from the shelf and flipped ahead to the final chapters, to see what they all had in common—really to see what I could beg, borrow, steal.

Most everybody on the planet knows that Wild is about an incredible hike up the Pacific Crest Trail by Cheryl Strayed, to cope with the death of her mother. But the memoir is also about coming to terms with the end of her first marriage. The very last chapter enlists foresight to show us how it all works out:

Thank you, I thought over and over again. Thank you. Not just for the long walk, but… for everything the trail had taught me and everything I couldn’t yet know, though I felt it somehow already contained within me… how in four years I’d cross the Bridge of the Gods with another man and marry him in a spot almost visible from where I now sat. How in nine years that man and I would have a son named Carver, and a year and a half after that, a daughter named Bobbi.

Strayed had some years on me when she wrote her own book; I didn’t have the perspective to look further ahead than tomorrow. (I’ve written elsewhere in self-defense of the young memoirist.) But I also didn’t have a husband, or plans of having children.

When I got the call that Jason had been in an accident, I was sitting on a couch next to my boyfriend Brian. Within a couple weeks, I had moved into his apartment. A year after that, I started writing this book. Inevitably, he became a character—the only character I spent time with on a daily basis. It seems the universe reaches out to support you. Did the key to the ending lie with him?

The Guardians by Sarah Manguso, about the suicide of a close friend, is one of the most honest books on grief I’ve ever read:

After Harris died, I decided to spend some time anticipating all the deaths I couldn’t predict. I pictured my parents dead, my husband, my best friends, my relatives, everyone I knew, one by one. I started grieving good and early, so that when the deaths happened, I’d have a head start.

Wait. My husband? I didn’t remember the husband. But sure enough, on rereading, I found the thread of meeting and marrying the husband, the honeymoon scene.

It’s not that I’m surprised when women get married and/or have children, only that I started to notice a pattern in the books I was studying precisely because they were the closest I could find to my own story. These are memoirs that aren’t explicitly about marriage, pregnancy, or childbirth (though I’ve read those, too!) that resolve the arc of the young woman narrator’s journey with marriage and/or children: The Rules of Inheritance by Claire Bidwell Smith, Some Girls by Jillian Lauren, The Chronology of Water by Lidia Yuknavitch, Excavation by Wendy C. Ortiz, Crazy Love by Leslie Morgan Steiner, and The Other Side by Lacy M. Johnson. Like that weird effect when you hear a new word once and then suddenly it’s everywhere, I keep finding more books to add to this list, and I’m sure you can think of more examples.

There were some days when I thought, This is a trap. I have to get married to Brian because it’s the only way my readers will believe I’ve resolved my relationship with Jason but that is fucked up because why should I have to prove I’m over one guy by pledging my life to another, and anyway who says I’m over it? Do I even believe in “over it”? There were other days I had to admit that those endings were beautiful and perfectly complete circles of life, but my own resolution would have to come another way.

My relationship with Jason was a rebellion, and my passion for our doomed romance was matched only by the energy spent by the people who cared about me enough to try and convince me I deserved better than being hurt. Maybe my relationship with Brian has turned into some sort of rebellion, too. We’ve been together now for five-and-a-half years, which means open season for anyone to ask me when he will propose. The longer we’re together, the more it feels like some kind of protest against convention.

I still don’t even know if I want to be married, but ultimately that’s not the question I set out to answer with this book.

In the end, I wrote a penultimate chapter in the imperative called “How to Get Over It”:

Isn’t that what’s supposed to happen next?

It’s not that you don’t love him, this tall, kind, private person whom you’ve lived with for one, two, three years, more. Soon you will have known him for even longer than you knew the boy who died. But a wedding wouldn’t change what you have or what you lost or who you are. Your getting over it does not mean an aisle where one him is replaced by another.

Will this satisfy readers? Time will tell. Ironically, in one early review, a critic promises readers will “meet the kind, stable man who becomes [the narrator’s] husband toward the end of the book.”

My husband? As much as I wrestled with an ending that would ring true to my own experience, its interpretation is now out of my hands. I remember when my novel came out a few years ago, and I was always asked which parts really happened. Now that I’m a memoirist, I guess it’s time to prepare for the fictions of my readers. 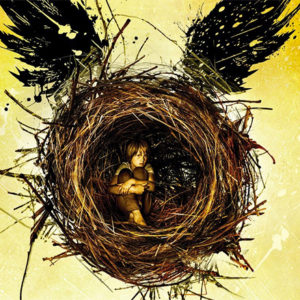 The Community of Writers at Squaw Valley gathers for the 46th year in the Sierra Nevada Mountains near Lake Tahoe. Aspiring...
© LitHub
Back to top