Are you ready to descend, enter, follow and be marked by these lyrics that make up the long-poem sequence of Robin Coste Lewis’ debut poetry collection, just published from Knopf, a sequence which also grants her book its gorgeous (and ghostly) title: Voyage of the Sable Venus. Lewis describes the project in her Prologue below as a “narrative poem” but one could also call it a feminist/queer epic, a conceptual tour de force, a revolutionary re-naming, hallucinated index, resurrected archive. And still, this grand poem is also a reckoning that goes back to what poetry, art and race have in violent commonality: the power of naming. What does it mean in 2015 to scour a seemingly infinite network of references to the black body throughout Western art history and from those searches forge a poem? Lewis is a lyric poet yet how unlike Wallace Stevens’  The Paltry Nude Starts on a Spring Voyage whose “irretrievable way” reads as insular symbol of the imagination. Lewis is a conceptual poet yet how unlike the sensationalized recent white projects that blithely replicate trauma of/against POC bodies.  Here, her work does not subsume nor raze its source material, nor does it sever it from history (which would be twice over as these works first existed within the polite vocabularies of the institutional art complex). Nor does this work pretend it is possible to reattach these titles, these whittled phrases back to some originary, healed or healing, “pure” source. Yes, they are like ruins but how eerie to remember they are far from ancient ones.

Lewis’ words mark all these rococo mental voyages, but the title also invariably harkens to a very literal, historical one: the Middle Passage. That is, the advent of the slave trade and the murderous claiming of African souls as less-than-human, as cargo, as labor. The poet cannot and does not intend to take this Roll Call of Black Objectification backwards. She can’t reassemble these figures to their rightful representations, nor trace what total histories have been lost to us (as is the case with almost every work of art). So where can the poem go? I believe this modern epic posits a radical black future built in the present/presence of Art no longer sealed off from, no longer repressing, no longer separate from History. Rather, these entries and catalogue descriptions of “objects” become (almost) (as if) animate again, at least imaginatively. Now as a chorus of women in tableau. Now as a context where the black figure is central, not adjacent. Now where, sublimely, blackness finds “relief.” What a thing is language. Relief: literally raising materials from their sculptural background to create tapestries of movement and body and dimension. But also relief: a sigh or release of burden from the trapped, forgotten, brutalized world of historical (and art-historical), geo-political objecthood. What she has done is not about burning down the old, nor constructing up a new, museum. These figures’ most miraculous voyage, perhaps, is their exit from capital toward life. Boundless, imaginative life that is the life of poetry. A poetry seared with its—and therefore our—history.

And never to forget beauty,
however strange or difficult

What follows is a narrative poem comprised solely and entirely of the titles, catalogue entries, or exhibit descriptions of Western art objects in which a black female figure is present, dating from 38,000 BCE to the present.

The formal rules I set for myself were simple:

1) No title could be broken or changed in any way. While the grammar is completely modified–I erased all periods, commas, semi-colons–each title was left as published, and was not syntactically annotated, edited, or fragmented.

2) “Art” included paintings, sculpture, installations, photography, lithographs, engraving, any work on paper, etc–all those traditional mediums now recognized by the Western art-historical project. However, because black female figures were also used in ways I could never have anticipated, I was forced to expand that definition to include other material and visual objects, such as combs, spoons, buckles, pans, knives, table legs.

3) At some point, I realized that museums and libraries (in what I imagine must have been a hard-won gesture of goodwill, or in order not to appear irrelevant) had removed many 19th century historically-specific markers, such as slave, colored, or Negro from their titles or archives, and replaced these words instead with the sanitized, but perhaps equally vapid African-American. In order to replace this historical erasure of slavery (however well-intended), I re-erased the post-modern “African-American” and changed all those titles back. That is, I re-corrected the corrected horror to allow that original horror to stand. My intent was to explore and record not only the history of human thought, but also how normative and complicit artists, art institutions and art historians have all been in participating in–if not creating–this history.

4) As an homage, I decided to include titles of art by black women artists and curators, whether the art included a black female figure or not. Most of this work was created over the last century, with its deepest saturation occurring since the Cold War. I also included work by black queer artists, regardless of gender, because this body of work has made consistently some of the richest, most elegant, least pretentious contributions to Western art interrogations of gender and race.

5) In a few instances, it was more fruitful to include a museum’s description of the art, rather than the title itself. This was especially true for colonial period.

6) Sometimes I chose to include female figures I believed the Western art world simply had not realized was a black woman passing for white.

7) Finally, no title was repeated.

“I am anxious to buy a small healthy negro girl–
ten or twelve years old, and would like to know
if you can let me have one…”

Young Woman with Shawl
and Painted Backdrop, Pearl of the Forest.
Two Girls with Braids People on a Ship
with Some Dancing Girls, Our Lady of Mercy, Blue.

in Red Dress with Cats
and Dogs. Devil House Door
of No Return. Head of a Girl

In the Bedroom,
In the Kitchen.
Contemplation Dark
Girl, Girl

In the Window Negress
with Flower Sleeping Woman
Negress with Flower Head
of a Woman Nude in a Landscape.

The Four Quarters
of the World Holding
a Celestial
Sphere

Reserve Head of an African Princess
Statuette of a Concubine

of a Black Statuette of a Female
Figure With Negroid Features

Supported
by a Monkey

to a Post] Protome [Probably
the Handle of a Whip

or Other Implement]
Oil Flask Back

View Head of an African Prisoner
Statue of Prisoner Kneeling

of a Nubian Prisoner with Fragmentary Arms
Bound Behind Funerary Mask

of a Negro with Inlaid Glass Eyes
and Traces of Incrustations

Present in the Mouth
Censer in the Form

of a Nude Negro Dwarf
Standing with His Hands

a Small Cup
in the Shape

of a Lotus
Flower

Clasped in Front of Torso, Holding
a Staff Surmounted by a Human Head

and Semicircle Mouth
that Juts Out

from the Face Some
Fine Scarification

Numerous Cracks
on Back of Head and Hole

on the Coiffure
One Nipple Appears

to Be Shaved Off
or Damaged Black Woman

Standing on Tiptoe
on One End of a Seesaw

while a Caricatured Figure    Jumps
on the Other

III. The Great Hunt: Torment of the Damned

Heraldic Lion Holding
Between His Paws the Head

of a Kneeling Black Captive
Statuette of a Negro Captive Kneeling

with a Crocodile
Negro Youth Struggling

with a Crocodile Negro Youth
Struggling with A Crocodile

Inclined Toward the Left
Shoulder Dagger with Decoration

Carrying an Ointment
Chest on Her Head

Ointment Spoon in the Form
of a Swimming Nubian Girl

Swimmer Holds Before Her
A Duck Fragment

that Once Formed the Spoon
[Black Swimmers Symbolizing the Dawn]

Young Black Female Carrying
a Perfume Vase with a Necklace

[The Queen of Meroe Spearing
Captives] Handle or Pommel

Black in the Clutches of a Lion
Black Prisoners Followed

Wearing a Necklace
of the God Bes

God of Joy
and of the Dance

Attendants bringing
offerings to the burial

Relief fragment
from the tomb

Robin Coste Lewis, the winner of the National Book Award for Voyage of the Sable Venus, is the poet laureate of Los Angeles. She is writer-in-residence at the University of Southern California, as well as a Cave Canem fellow and a fellow of the Los Angeles Institute for the Humanities. Lewis was born in Compton, California; her family is from New Orleans.
Share:

Identities Adrift Off the American Shore 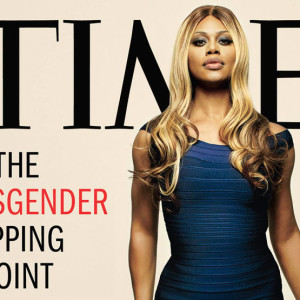 When Social Progress Moves Faster Than Your Novel-in-Progress In 2003, I began writing a novel about a college kid who dares to behave on the outside the way he feels on the inside. Today...
© LitHub
Back to top