Adam Johnson scores again, taking home the Story Prize for Fortune Smiles, which also won the National Book Award (his novel The Orphan Master’s Son won the 2013 Pulitzer). Adam is a cool guy. (Who else could look so relaxed when a fellow competitor tosses a water bottle his way…and write a short story like “Nirvana”?) Toni Morrison gathers another honor—the PEN/Saul Bellow Award for lifetime achievement. And Katrina Dodson, translator of Portuguese genius Clarice Lispector’s collected stories, 86 in all, wins the PEN translation award. (New Directions, publisher of the ongoing Lispector series edited by her biographer, Benjamin Moser, gets a nod from The New Yorker’s Maria Bustillos.) Poet Ross Gay wins the $100,000 Kingsley Tufts Poetry Award, given annually to a mid-career poet, for Catalog of Unabashed Gratitude. His book is also a finalist for the National Book Critics Circle poetry award, to be announced March 17. In his first story collection, Greg Jackson taps into millennial angst with an inimitable voice. Anne Boyd Rioux pens a biography of a nineteenth-century woman writer we should know about for more than her friendship with Henry James. Lina Meruane draws upon an autobiographical medical event (and the fact that both of her parents are doctors) to write about going blind. Katie Roiphe looks at writers facing the end of life, and Paul Goldberg takes an alt-history approach to Stalin’s death.

Jackson exploded onto the literary scene in July 2014, when his story “Wagner in the Desert” was published in The New Yorker. Jackson cites his influences in a conversation with fiction editor Deborah Treisman. “My three longtime exemplars of penetrative, empathetic, self-implicating, and often satirical writing are Conrad, Bellow, and David Foster Wallace….More recently, I’ve found especially brilliant, sharp, and funny social commentary in the work of Sam Lipsyte, Rebecca Curtis, Ben Lerner, and Sheila Heti.” “Wagner” is the centerpiece of his first collection, which has critics stirred up. (I called him “an original and astonishing new voice” in my BBC Culture column.)

Dwight Garner (New York Times) is enthusiastic: “The writing in Greg Jackson’s first book of stories is so bold and perceptive that it delivers a contact high. You know from the first pages that, intellectually, you’ve climbed into a high-performance sports car. Only one question remains: Will the author smash it into a tree?”

“Jackson is a virtuosic talent, and his distinctive, maximalist prose style alone will make Prodigals one of the more memorable debuts of 2016,” concludes Michael Deagler (The Rumpus).

…everyone is special in this collection, but special in that way that makes it easy to speak of them collectively. As the narrator of the blistering opener, ‘Wagner in the Desert’ (as compelling a diagnosis of Millennial angst as any I’ve encountered), explains of his cohort: “We listened to U2 and Morrissey and Kylie Minogue post-ironically, which is not to say, exactly, sincerely. We donated to charity, served on the boards of not-for-profits, and shepherded socially responsible enterprises for work. We thought we were not bad people. Not the best, a bit spoiled, maybe, but pleasant, insouciantly decent.”

Chilean author Lina Meruane launches her fourth novel—the first translated into English—at McNally Jackson with a bilingual reading (with the novel’s translator, Megan McDowell) and a conversation with Valeria Luiselli.  Her work impressed Roberto Bolaño, who called her “one of the one or two greats in the new generation of Chilean writers who promise to have it all.” Seeing Red, which won Mexico’s Sor Juana Inés de la Cruz Prize in 2012, has many critical admirers.

“While the central conceit of Seeing Red has its basis in an incident Meruane’s own life, she expands and transforms that incident into a story that’s merely a reflection of the actual event written in a flowing, dark prose that veers sharply from descriptions of daily life into moments of sadistic fantasy,” writes Tara Cheesman (The Rumpus).

Aaron Bady (The New Republic) calls the book “the triumphant realization of a stunning artistic vision, a novel as black and bitter and bloody (and beautiful) as its central conceit.” He loves Meruane’s prose, calling her sentences “knotty and raw, meaty and complex.”

Joanna Walsh (The National) is also impressed. “Intense, physical, flipping from sensual to gory,Seeing Red is a book about degeneration and offers an exhilarating ‘fresh eye,’ as the author puts it, on what it is to be alive.”

The great-niece of James Fenimore Cooper and close friend to Henry James has faded from the literary landscape. A new biography brings her back, and examines her life as a single woman writer.

Constance Fenimore Woolson, “ is better known these days for her friendship with Henry James than she is for her own work,” writes Carl Rollyson (Minneapolis Star-Tribune) “Anne Boyd Rioux’s new biography might change that…..Rioux’s biography is the place to start before you make your way to Woolson’s work.”

“Among her contemporaries, Woolson was considered one of the strongest and most ambitious voices in American fiction, on the strength of six novels and two story collections she produced before her presumed suicide at age 53,” notes Amy Gentry (Chicago Tribune). “Thus it’s particularly galling that most who remember her name today do so in connection with one of two more famous writers, both men: James Fenimore Cooper, her great-uncle, and Henry James, who, during their 14-year acquaintance, occupied murky territory somewhere between frenemy and soulmate.” Gentry adds:

It’s the James legacy that Woolson’s biographer Anne Boyd Rioux wrestles with most in her new and excellent biography. “To begin to understand how Woolson ended up dying alone, in the cold street behind her home in Venice, we have to begin by looking at her life through her eyes instead of James’s,” writes Rioux, and she has accomplished this reframing in a biography that focuses on Woolson’s ambition and complicated relationship to literary status itself — of which James was a convenient figurehead, but hardly the only one.

If the American writer Constance Fenimore Woolson is remembered at all, it’s mostly for her dresses. And these weren’t just any dresses. These were the dark silk ones that, after her sudden death, Henry James presumably tried to drown in a Venetian lagoon, hurling them from his gondola and jabbing them with a pole to keep them from rising. But he failed, and to Woolson’s admirers his failure is symbolic: You can’t keep this good writer down.”

Woolson’s latest advocate is Anne Boyd Rioux, a professor of English at the University of New Orleans, whose very reliable Constance Fenimore Woolson: Portrait of a Lady Novelist resurrects her subject as a pioneering author who chose a literary career over the more conventional options of marriage and motherhood, a choice made in spite of the debilitating depressions that plagued her and her family.

Katie Roiphe, The Violet Hour: Great Writers at the End

In her latest book, with its title from T.S. Eliot’s The Wasteland, Roiphe examines Susan Sontag, Sigmund Freud, John Updike, Dylan Thomas, Maurice Sendak, and James Salter in their final days. The Paris Review’s Lorin Stein calls it “the best book Roiphe has written.” “She shows that our interest in dying is not just an interest in endings, or in final things, or in posterity,” he adds. “Instead, it has to do with how we get along, how families and friendship work, in short, how we live.”

“Roiphe hopes to defang death, which has haunted her since an early brush with mortality when she was 12,” notes Heller McAlpin (Los Angeles Times). “Each essay begins at death’s door, rolls back time to explore the writer’s attitudes toward mortality before they were up against it, and finally describes their final moments on this mortal coil. Like death, the essays end with startling abruptness.” McAlpin concludes:

This unconventional, engaging book is clearly a form of therapy for Roiphe.

Although The Violet Hour is unlikely to move you to tears, it sure offers plenty of thought-provoking psycho-literary analysis and intimate biographical details to satisfy your morbid curiosity.

“The critic who parses the artist parsing death must be every inch as intrepid as the artist himself,” writes William Giraldi (The New Republic). Roiphe, he adds, “delivers a composite of daring beauty …a necessary report from ‘the deepening shades,’ as Yeats has it, rife with her hospitable authority and critical rectitude. For the duration of this book, the dark night of Roiphe’s subject becomes lit by her limpid grasp of the psyche de profundis, by the grit and thew of her scrutiny.”

Goldberg, who emigrated from the Soviet Union to the U.S. in 1973, at fourteen, builds upon historic fact for his first novel, a blend of history and fantasy. (I call it “dazzling tragicomic debut” in my NPR review.)

Goldberg’s novel is “a great setup for a caper,” writes Glen David Gold (Washington Post). “A ragtag group of Russians team up to assassinate Stalin in late February 1953. The reason? Stalin is planning one more pogrom against the Jews, a little-remembered fact that gives Washington writer Paul Goldberg’s The Yid a basis that other historical fiction writers (i.e. me) can well be jealous of. Further, Stalin did die around then, which is clever cover for the author to flummox reader expectations about whether the scheme will succeed.”

“The Yid is about Stalin’s worst enemy as well as his favorite prey,” concludes Janet Maslin (New York Times). “Mr. Goldberg fuses these characters and all that they suggest to Stalin—Paul Robeson for Lewis, Anna Akhmatova for one of the book’s women—into one hellish vision to haunt that dictator during his last hours on earth.”

The Yid…tells a blackly comic alternate narrative about the events leading up to the death of Joseph Stalin on the eve of a long-planned pogrom designed to rid the Soviet Union of its “Jewish problem” in 1953, is perhaps less politically ambitious, despite the persistence of anti-Semitism and xenophobia around the world. Goldberg’s goal, beyond that of entertaining his readers to within an inch of their lives—mission accomplished, by the way—is to provide a satisfying psychological correction, not to the historical record but to the collective imagination.

On one level, The Yid, is a tribute to the millions who were exiled and murdered during Stalin’s ruthless three-decade reign (it’s dedicated to Goldberg’s parents, Russian Jews who managed to escape with their lives). On another, it’s a celebration of Jewish humor, theater and language—Yiddish is sprinkled throughout the book, and, in choosing the title, Goldberg reclaims the word “yid” from those who’ve used it as a slur.

These are weighty themes, but The Yid wears them with style, because it also happens to be a satisfying thriller.

Daniel Akst (Newsday) calls The Yid “an absorbing historical page-turner that somehow wrings delight from the terrible suffering of his native land since the Russian Revolution.”

Although it doesn’t involve Hitler, the story is perhaps an American Jew’s next-best revenge fantasy: a couple of wisecracking Jewish war veterans team up with a Yiddish speaking African-American engineer and a fearless young half-Jewish orphan to thwart Stalin’s plans for a second Holocaust. Its Hollywood appeal notwithstanding, the book is much better than it sounds—and does such a fine job of recreating its sinister milieu that it’s worth taking a moment to sort out what’s real and what’s not.

“Goldberg has done his homework ,” writes Zachary Lazar (New York Times Book Review). “Amid the story of the gang’s antics we get a seedy and detailed portrait of life under Stalinism, with its sinister initials (NKVD, SMERSH), its street thugs and crooked policemen, its paranoid conspiracies and hypocrisies and state-orchestrated liquidations.”

The Scariest Death Metal Band of All Time 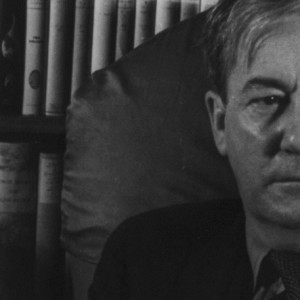