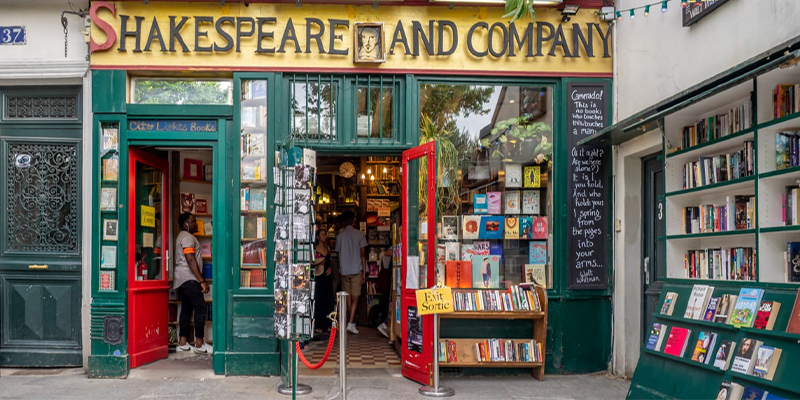 Natasha Sizlo on Realizing She Needed to Write

Shakespeare and Company’s green-and-yellow facade and weather-beaten sidewalk book bins telegraphed old-world charm. Inside, thousands of books both new and used lined the shelves that stretched from floor to ceiling. More books were heaped on tables crammed into corners. I’d never seen so many books packed into a space. Tara had told us on the way over that this English-language bookstore, founded in 1951, had long been the center of expat literary life and that many famous writers had visited and even slept there over the years. Looking around the store, an extraordinary tribute to reading and writing as surely as the Musée d’Orsay was to art, I could see why.

I ran my fingers absently over the spines of books, picking up one classic novel and then another. A tattered copy of S. E. Hinton’s The Outsiders caught my attention. It looked just like the one I’d been assigned in boarding school long ago. As I leafed through it, the words on the page brought me powerfully back not to the lessons in the classroom but to the countless letters I’d written to my friends in those years. What happens to you as a teenager matters. Sometimes, the intervening decades can feel all but gone.

It’s easy to get kicked out of most boarding schools. All you have to do is break just one of the cardinal rules: no leaving campus without permission, no alcohol, no drugs of any kind, no cheating, no sex, and, above all else, no breaking of the school’s beloved honor code.

What happens to you as a teenager matters. Sometimes, the intervening decades can feel all but gone.

I’m a born rule-breaker. As a child, when someone said sit, I would always stand. I’d refuse to go to bed, flush my sister’s Weebles down the toilet, and insist on wearing Christmas dresses in summer photos. And that’s just for starters. I knew I’d get in trouble and, strange as it may sound, I hated getting in trouble. Eventually, I felt bad about myself all the time. I never seemed to be able to be good like other kids. My brain said yes when someone told me no, and vice versa. In my twenties, I received a diagnosis of attention deficit disorder, which helped me make sense of some of my childhood behaviors, and I began to chart a healthier way forward. But as a teen? I was in the dark. As were my beleaguered parents.

But that’s not why I ended up at Thacher, an elite boarding school in California, though my trouble with rules did contribute to why I got kicked out. Our parents sent my sister and me there because education was everything to them. Bob, born into a working-class immigrant family in Detroit, saw how his degree from MIT opened doors. And Edna, whose schooling finished in Scotland when she was fourteen, vividly understood the advantages that the upper classes in Edinburgh enjoyed because of the higher education that was their socioeconomic birthright.

Securing the best education for Tara and me felt urgent to Bob and Edna; the stakes were high. Boarding school, a concept that neither of my parents had heard of before, became a Sizlo family obsession after a star student in Tara’s class left for supposedly greener educational pastures that included a dorm and a big tuition bill. Also during that time, my dad overheard another parent say that the Sizlo sisters would never fit in at a school like Thacher. Talk about a red flag and a bull. The die was cast. With a little luck, plus some serious sacrifices and generous financial aid, my sister went to Thacher. I followed three years later.

Thacher turned out to be a bewildering, often terrifying world to a thirteen-year-old girl with undiagnosed ADD in 1988. Official rules and consequences structured nearly every minute of our existence at Thacher. I knew upon arrival I’d never remember them all, that I’d slip up regularly. Anxiety consumed me. After that came anger as I slowly realized a much bigger problem loomed there: The unwritten rules, which were meant for female students. First and foremost: Be ladies. And remember that boys will be boys. Ladies should be attractive and never question authority, especially not the authority of men. If the headmaster compliments your appearance, say thank you. If he smells of alcohol, say nothing. If he drops his napkin at Formal Dinner and asks you to put it back on his lap, do it. While wearing a dress. But not a black one. Ladies don’t wear all black. Only girls looking for trouble wear all black. And so on.

But at Shakespeare and Company that October afternoon in Paris, I wasn’t dwelling on Thacher or the past; something else kept grabbing my attention.

In 2021, in a series of bombshell reports, the Los Angeles Times revealed Thacher to be a nightmare of sexual harassment and assault for many teens, most of them girls, who were preyed upon, consequence-free, by male teachers and students alike in the late 1980s through the 2010s. I couldn’t have put into words all that I sensed was wrong about the school back then, but the blatant hypocrisy between the rules for the students and the actions of the adults who were supposed to protect and care for us ate away at me. I credit the friends I made at Thacher, friends I still have to this day, for saving me from total despair. We all saved each other.

In the spring of my sophomore year, six of those friends and I snuck out after check-in to an off-campus party where there were older boys who didn’t go to our school. There was beer and weed too, lots of it, as we soon discovered. I knew we might be expelled if anyone found out where we were. But I couldn’t stop myself. One beer, one drag turned into more beers, more weed. I don’t remember much about the party, but I do remember one thing: I lost my virginity. And not in a romantic the-stars-are-aligned kind of way.

Only the sun coming up alerted my friends and me to the fact that we should try to sneak back into school. Unsurprisingly, we were caught, still drunk, and quarantined for discipline. My expulsion was abrupt and final, a lonely, shaming experience. I tried to tell myself none of it mattered, that since some of my friends had also been expelled and Tara had already graduated, I didn’t want to be there anyway. That part was true—I didn’t want to be at Thacher. But fifteen-year-old me couldn’t think of an acceptable way to express that, so I had let myself out the only way I knew how.

In an instant, I found myself home in Rockcreek, Oregon, far away from the Ojai sun and my friends. I wasn’t allowed to talk to any of them on the phone. I said nothing to my parents about what I had been through or how difficult my time at Thacher was. How could I? Bob and Edna had downsized to a small two-bedroom apartment and lived on credit cards to afford to send us to the school. I had failed them, just like that parent my dad overheard had predicted. I began writing letters to my closest classmates, scribbling my feelings of sadness, isolation, rage, and confusion in Bic pen onto lined notebook paper.

Writing was difficult and painful sometimes, but it also felt good.

What started as an urgent means of communication quickly became my lifeline and passion. Writing was difficult and painful sometimes, but it also felt good. I needed something to make me feel good about myself back then for lots of reasons, but a big one was that I never managed to finish high school. Not the traditional way. It’s still hard at times for me to tell people that. Finishing high school can seem, in our status-obsessed society, like a low bar. But for some of us, it’s not. Eventually, I got my GED.

I studied screenwriting in college and afterward jumped at an entry-level job at a magazine. But soon, I switched to the fashion and wholesale industries. It paid more. I promised myself I’d write on weekends. Then I met Michael. We got married, had Margot four short months later, and I quit my job as a sales rep for a denim company and my freelance writing, which I’d been doing on the side. Soon I stopped writing altogether. I didn’t even keep a journal.

There was this idea in my head that good mothers and wives devoted themselves entirely to their families. I was determined to finally be good at something, to stop hopping from thing to thing and focus. I loved being a mother; loved little Margot right from the minute I laid eyes on her. But writing had been my way of working through ideas and emotions dark and light. Without it, all those feelings had no place to go. Sometimes I think that’s why postpartum depression hit me so hard in the weeks after Margot’s birth. I still want an explanation for the wild and terrible darkness I felt other than “Sometimes it just happens.” I didn’t ever reach for my computer back then.

Even after my divorce, I didn’t think about writing. If I’m being honest, I dulled the rare moments alone I had after the kids were asleep with alcohol. A glass of wine. A shot of tequila. The kind of writing I’d been best at was too raw and vulnerable to contemplate starting again. Dig into my feelings, the events of the past few months and years? No, thanks.

Instagram changed that, probably because I didn’t think of it as writing. Not at first. A post isn’t an article or an essay or even a proper letter to a friend, and that’s what let me dip my toe back in.

But at Shakespeare and Company that October afternoon in Paris, I wasn’t dwelling on Thacher or the past; something else kept grabbing my attention. The books. I looked at all the words and pages and books surrounding me on the shelves and wished for the first time in a long time that some of them belonged to me. 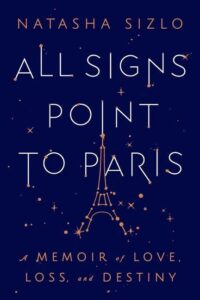 Excerpted from All Signs Point to Paris: A Memoir of Love, Loss, and Destiny by Natasha Sizlo. Copyright © 2022. Available from Mariner Books, a division of HarperCollins Publishers.

Natasha Sizlo has written for Variety, Cosmopolitan, Detour and Shape among others. By day, she is a real estate agent at The Agency. She lives in Los Angeles with her two children.

The Making of a Muse: When Edie Sedgwick Met Andy Warhol 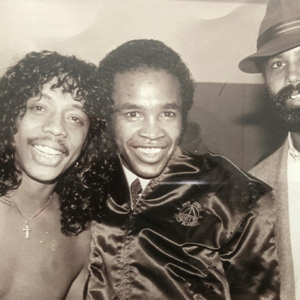