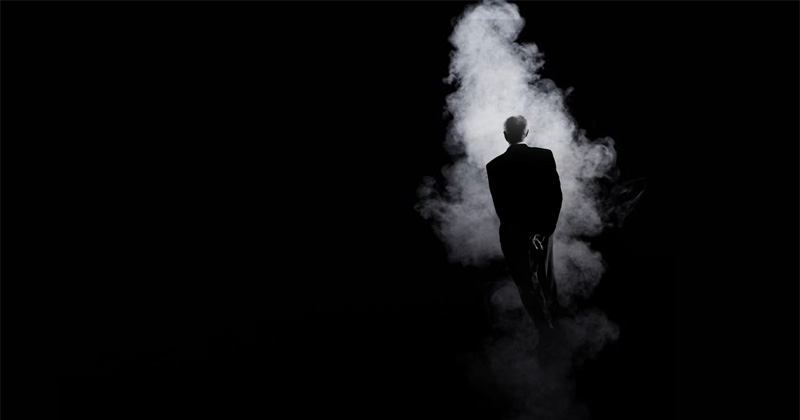 Reclaiming a Beloved Writer from the Brink of Disappearance

There's Value in Telling Someone: You Are Not Vanished Here

In early March 1995 I wrote a letter to Paul Horgan and sent it off to Middletown, CT, where—following a polymathic career as a teacher, novelist, historian, biographer, short story writer, critic, appreciator, museum president, children’s writer, two-time Pulitzer Prize winner, and recipient of more than four dozen additional honors—Horgan had been living.

I had been lost inside his Richard Trilogy, I explained. I was only just emerging. Maybe I would never fully emerge. Maybe I would never not ache as I then ached from the glorious, quiet trauma of reading his pages about a boy named Richard who accumulates, in mostly small but always terrifying ways, the revenants of shame. The drowning of a kitten. An awful eavesdropping. A paralysis before a cousin’s madness, a dalliance with a murderer, a secret kept for a dying father.

Shame is a progressive tick. In Horgan’s Richard Trilogy, shame is alive and advancing.

I want you to know, I wrote, I confessed.

Writing letters to writers whose work I loved was what I did back then—not a lot, but sometimes. It was the conversation I dared to imagine with a community—Literature—that lay mostly beyond my yearning reach. I had been raised responsibly to be responsible. I had studied the history and sociology of science as an undergrad, hiding my poems. I had started a business, I was raising a son, and the closest I was getting to literary community was a lovely bit of reckless scheming that converted a handful of family vacations into writing workshop sagas. My secret life was the words that others wrote, the dialogue I wished I was having.

I want you to know.

Horgan died within days of my mailing that letter. Cardiac arrest. He was 91 years old—“the writer’s writer, the biographer’s biographer,” in the words of David McCullough; “that rarest of birds,” said Walker Percy; the story finder and teller often compared to Henry James, Leo Tolstoy, and Thomas Hardy. In memoriam, I filled my library with more Paul Horgan. I searched for others with whom I might light the Horgan flame.

Have you read Paul Horgan? I would ask writers, when I did meet them. I would search for new analyses of his work, fresh appraisals, contemporary commentary on the body of work produced by a man who, in the words of Joseph Reed, writing Horgan’s obituary for the Independent, seemed, to those who had known him, to be “immortal.”

It wasn’t until several years after Horgan’s death that Loyola Classics Series editor Amy Welborn read Things as They Are for the first time, at the suggestion of George Weigel. But even that was just a lucky break for Horgan’s legacy. “We were completely taken with it,” Welborn wrote, “and astonished that it had slipped out of almost everyone’s consciousness in the half-century since its publication.”

“Studying Horgan has impressed upon me the nagging actuality that the greatest among us can slip—so easily, so readily, so steadily, so surreally—from popular view.”

If today there is a scattering of Goodreads and Amazon reviews on Horgan’s work, if some of his work is still in print, if there are scholars of the American west still honoring Horgan’s historic quests, Horgan’s “disappearance from public, if not critical, appreciation,” to quote Daniel J. Heisey in Homiletic & Pastoral Review, only seems to intensify as the years tick on. When I have studied him I have studied him alone.

I study his capacity to eulogize landscape: “Here and there a red gully lay, dry, ravaged by past cloudbursts.” (The Thin Mountain Air)

His piercing physicalities: “His forehead was low, with a bony scowl that could not be changed. His nose was blunt, with its nostrils showing frontward.” (Things as They Are)

His articulated angst: “But I fell in love with somebody different every day, and nobody ever knew it. It was an exhausting profusion of passions, and I concluded that nobody else in the world, behind all their smiling or preoccupied or sorrowing faces, knew as much as I did about what life was actually like . . .” (Everything to Live For)

His translation of a painted canvas into alphabetic words: “In them was an implied mourning for girlhood and its knowledge beyond innocence, overlaid with a lyric prophecy of the decay which however distant must overtake all things.” (Henriette Wyeth: The Artifice of Blue Light)

Studying Horgan has served as a lifeline to my own work, to my own incessant quest to see and be and believe, to find and write the truth. At the same time, studying Horgan has impressed upon me the nagging actuality that the greatest among us can slip—so easily, so readily, so steadily, so surreally—from popular view.

It’s a question, isn’t it, or one of them, anyway—how some writers are eclipsed and others aren’t, how we’re still reading, en masse, about the great white whale and the scarlet letter, the boats borne ceaselessly back, the song of myself, the tolling bell, but not the vast majority of stories known and loved in the hour of their making. Horgan himself had been gone but a day when Richard Bernstein, writing the New York Times obituary, all but relegated the man to an infinitude of obscurity:

Still, despite much praise and commercial success, Mr. Horgan was commonly excluded from the lists of the foremost American writers of the century. Among the reasons given by critics who felt he belonged in the top rank were that his writing was too traditional and old-fashioned to compete with the likes of Faulkner or Hemingway; that he was seen primarily as a Catholic writer; that his writing, so concentrated on the Southwest, was too regional, and that he spread himself too thin over so many subjects and fields of interest.

In recent months I’ve been obsessed again with Horgan, with wanting, again, to understand. I’ve read for the first time his burnished recollections of his friend, Igor Stravinisky: “His hands were like exposed roots in winter, all gnarl and frosty fiber.” I’ve read, again, that devastating kitten scene: “I could remember the hot thin supple body of the kitten under its wet fur, and the pitifully small tube of its neck, and the large clever space between its ears at the back, where all its thoughts seemed to come from, and the perfectly blank look on its wide-eyed face as it strove to escape me and the hurt I was possessed of.”

I’ve turned to his craft book, Approaches to Writing, after writing my own—and been epigrammatically put in my place: “How can the negative ever create?” And “We begin to ‘create’ when we see everyone else as ourselves.” And “Originality for its own sake is always dishonest and thus irrelevant.” And “Every act of art is an act of love.” 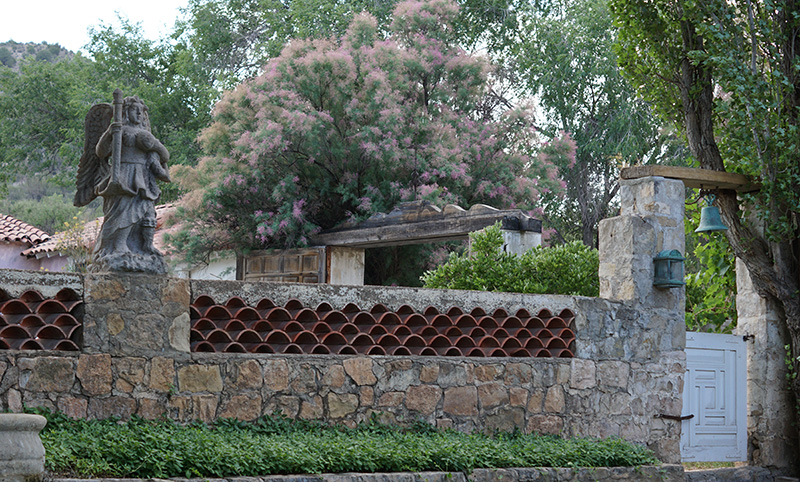 San Patricio. Photo by the author.

And I have driven, with my husband, from Pennsylvania to San Patricio, New Mexico, and sat outside in the coming dark in the company of Michael Hurd,  Horgan’s godson—yes, a man who did know Horgan. Tell me about him, I said, and Michael pointed into the dusk, toward a black bird with white underwings, and spoke. Of Horgan’s gentleness. Of Horgan’s goodness. Of Horgan’s equanimity. Of Horgan’s devotion to chosen friends, ideals of truth, unfancy seeking, the quiet mysteries. Later Michael sent me a copy of a letter, addressed to him from Horgan, to whom Michael had sent examples of his art:

Well, dear Michael: I return your transparencies most grudgingly, for I shall miss them extremely—I’ve looked at them again and again, with the fullest delight and admiration. Your paintings in this group confirm most decisively what I’ve long felt—that you are a true painter, beautifully gifted, and your own man . . .

Surpassing generosity. You find it in Horgan’s work. In the way the light streams out, away from the novelist and historian toward the perceived, and appreciated, landscape, person, thing. In the way the teacher in him yields all that he knows: “It is not possible to create the moderately good work without imagining the utmost great.” In the way he catalogs the gifts of others—in monographs, in prefaces, in the profiles and essays he collected in A Certain Climate and Tracings, in his full-length autobiography-biography, Encounters with Stravinsky. In the letter he wrote to Michael—“with fullest delight and admiration”—and in the words David McCullough quotes in A Writer’s Eye: Field Notes and Watercolors by Paul Horgan, words from Michael’s mother, Henriette Wyeth Hurd: “His devotion is so warm and dazzling and profound. He is always giving. Most people don’t, you know. People can be so pinched and cold. Paul is always giving.”

Can generosity sustain itself? Is generosity legacy? Those, too, are questions. Might generosity be too fragile, too unreciprocated, too torqued with other-century civility? Might it be a night bloom, like the cereus grandiflora that features in Everything to Live For and opens “to achieve what no one there could do—to bloom into fulfillment without let or thought, and in opening to full life, neither give nor feel pain”?

Might literary generosity be a kind of grace that cannot redeem itself?

I don’t know, but I know this: generosity is not finally fixed, ranked, or hallmarked. Generosity—in the prose on the page, in the life of the writer—calls upon us to notice. To send a letter. To write a postscript. To say: I see you. I thank you. You are not vanished here. 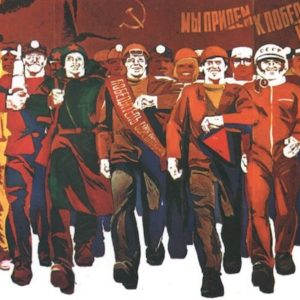 In this episode of Fiction/Non/Fiction, V.V. Ganeshananthan and Whitney Terrell discuss Russian-American political machinations...
© LitHub
Back to top
Loading Comments...