“I just heard three explosions,” the poet Iya Kiva posted to her Facebook feed on the night of February 23, 2022. “Wait… it’s still going.” Kiva, a poet, translator, and journalist, has lived in Kyiv since the summer of 2014, when she fled her native Donetsk following the outbreak of the war against Russian-backed separatists. For the last eight years, Kiva has been one of several young poets in Ukraine to describe the simultaneous hopelessness of war and hope in a country seeking an independent identity.

Since the 2013-2014 Maidan protests that led to the ouster of the Kremlin-aligned former president Viktor Yanukovych, the Ukrainian public sphere has been immersed in literary and cultural discourse about the nature of civic society and the possibility of honoring a diversity of experiences. Poetry, in both Russian and Ukrainian, has become a means of making sense of the past and present. One of Kiva’s poems opens:

Here is a country. It remembers Chernobyl, the Holodomor,
Babyn Yar, dissidents, the light-up red star,
A hatchet proudly hanging over bruised necks
And the enormous line for a permanently closed kiosk.

This poem was written on August 29, 2014, the day of the tragic battle of Ilovaisk, during which 366 Ukrainian soldiers were killed by shells.

In the eight years since the 2013-2014 Maidan protests, Ukraine lost the Crimean Peninsula to an illegal annexation, and over 13,000 lives to the war in the Eastern Donbass region. As Russian troops advance toward Kyiv, much of the rhetoric in the Russian media could be lifted verbatim from World War II. President Putin has repeatedly compared the 2013-14 Maidan protests to a “pogrom,” likening the protesters to Stepan Bandera—a right-wing nationalist who, during WWII, was briefly aligned with Nazi Germany. The Russian media describes the current invasion as an attempt to free Ukraine of its domestic Nazi threat.

By presenting Russia’s military invasion as a return to a WWII-era war against western fascism, the Kremlin has attempted to convince Russian citizens that Ukraine should be occupied and the anti-Russian “junta” overthrown. In a speech shortly before the initial invasion, Putin simultaneously denigrated Ukraine as a nation invented by the Soviet Union and borrowed Soviet rhetoric to justify his invasion on ideological grounds. These vague references to historical nationalism and antisemitism recall the Soviet practice of pitting ethnic groups against one another by accusing them of nationalism.

Ironically, the past eight years of war between Ukraine and Russian-backed separatists in the Donbass have also seen a reinforced civic discourse that honors multilingualism and the flourishing of cultural diversity in Ukraine. To be sure, a minority of Ukrainians indeed have honored a legacy of nationalism. However, the Maidan itself was remarkable in that the protesters represented diverse political, ethnic, and social backgrounds. While some called for a Ukraine free of all Russian influence, others countered with a demand that Ukraine embrace its Russian-speaking communities. The landslide election in 2019 of Volodydmyr Zelensky—a Russian speaker of Jewish Ukrainian descent—belies the recurrent accusations of both an anti-Russian and antisemitic Ukraine.

Iya Kiva, like many of her contemporaries, is reluctant to embrace a monolithic Ukraine. Her poems reveal her strong attachment to a country still struggling to define itself, as well as her lack of a single ethnic identity. Kiva, who has spoken and written of her mixed Russian, Ukrainian, and Jewish ancestry, writes in both Russian and Ukrainian, and translates from Russian, Polish and Belarusian. Her speakers’ identities are defined by a cross-section of the many languages of Eastern Europe.

Although she has increasingly shifted toward writing in Ukrainian, her poems are rich with references to Russian literature (in one poem below she cites Pasternak’s 1912 line, “February. Get the ink and weep.”) Kiva’s war poems describe a young country desperately clutching life.

–Amelia Glaser, Cambridge, MA
This is the first in a series featuring contemporary poetry from Ukraine.

This coffin’s for you, little boy, don’t be afraid, lie down,
A bullet called life clutched tight in your fist,

We didn’t believe in death, look – the crosses are tinfoil.
Do you hear – all the bell towers tore out their tongues?

Chants, prayers, psalms swell up in a lump in your throat
In the middle of this damned winter all dressed in khaki,

And February, getting the ink, is sobbing.
And the candle drips on the table, burning and burning…

Translated from the Russian by Amelia Glaser and Yuliya Ilchuk, 2014

Translated from the Russian by Amelia Glaser and Yuliya Ilchuk, 2016

Translated from the Ukrainian by Amelia Glaser and Yuliya Ilchuk, 2019

Iya Kiva is a poet, translator, and journalist living in Kyiv, Ukraine. She is the author of two volumes of poetry, Further from Heaven (Podal’she ot raya, 2018) and The First Page of Winter (Persha storinka zimy, 2019), and the recipient of numerous awards for her poetry and translation.

Amelia Glaser is Associate Professor of Russian and Comparative Literature at U.C. San Diego. She is the author of Jews and Ukrainians in Russia’s Literary Borderlands (2012) and Songs in Dark Times: Yiddish Poetry of Struggle from Scottsboro to Palestine (2020).

Yuliya Ilchuk is Assistant Professor of Slavic Languages and Literatures at Stanford University. She is the author of Nikolai Gogol: Performing Hybrid Identity (2021). 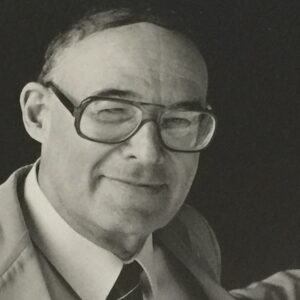 Lit Hub Daily: February 25, 2022 Should the Internet Novel make way for the Encyclopedic Novel? James Webster makes the case for endless scroll over...
© LitHub
Back to top