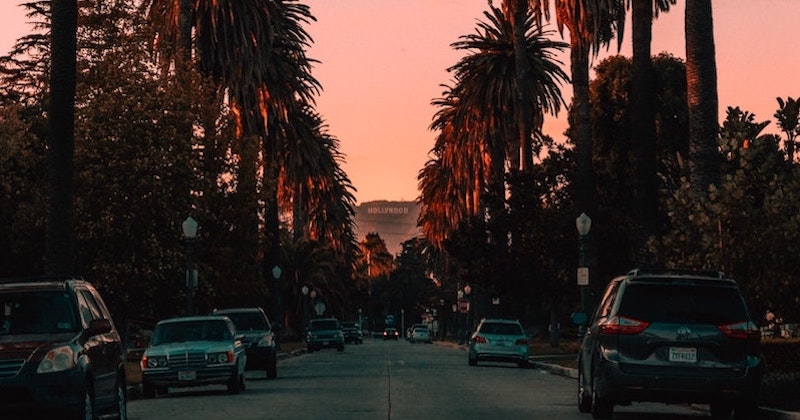 Falling in Love with Instant Anonymity: How I Became a Perpetual Student of LA

I came to Los Angeles from Mexico in the early 80s, right after college, to start an advertising agency with no money, no credit, no expertise, and no clients. I didn’t know that accomplishing this was nearly impossible, so I just did it. My boyfriend and I settled in a tiny room next to the projector of a porn theater in the Pico-Union district, the Teatro Fiesta. A friend of his owned it and was kind enough to let us stay there for free until we were able to rent an apartment. “And help yourselves to the concession stand,” he told us. When I think about this, I realize mine was a soft landing.

As a child I had visited Disneyland with my parents, but walking around downtown in the first few days after my arrival, I knew I was in a completely different Los Angeles. Here I was in a city that didn’t care who I was or where I’d come from. I felt light without the weight of my history, away from the condescending eye of my relatives who’d say to me when they learned I wanted to be a writer, “You’re so bohemian.” In LA I could become who I wanted and create my own story, enveloped by a shawl of anonymity.

I basked in the newness of my adopted city, and at the same time, I felt at home surrounded by so many of my paisanos. I could go for weeks without speaking English, yet so much was different. The storefront signs used clearer fonts. The traffic lights were bigger. Pedestrians crossed the street at the intersection. Even the smog smelled unfamiliar. But the music blasting out of the quinceañera gown shops on Broadway was my music. The aromas of the carne asada wafting out of the downtown taquerías was my food. This was Mexico inserted into a different country. I instantly fell in love.

I became a perpetual student of Los Angeles, spending years wandering around the neighborhoods, soaking up each microculture with its little nuances and quirkiness. A Oaxacan restaurant in a pagoda right in the middle of Korea Town? Billboards of celebrities with no particular talent advertising their perfume brands? Cult film screenings in a Hollywood cemetery, home to the bones of legendary movie stars? What’s not to love?

Surprisingly, I did succeed in my advertising endeavor. I spent years running the agency with my husband and writing everything in Spanish for the Latino market, from slogans to brochures to radio spots to television commercials for a number of clients that had discovered in the nineties the tremendous buying power of my community. This practice proved to be very helpful for my writing career. I learned about deadlines, about telling an entire story in 30 seconds, and about convincing people that my message was compelling. It’s a known fact in the ad industry that every other copywriter is a closet novelist, and I wasn’t any different.

I enrolled in a UCLA Extension writing class (highly recommended for budding writers) and devoted myself to writing in English, constantly improving my language skills, getting short stories published in literary journals, and eventually getting my novels Esperanza’s Box of Saints and González & Daughter Trucking Co. published. In both, I write about my characters coming to America, something I share with millions of immigrants, and the thing that defines me.

Here I was in a city that didn’t care who I was or where I’d come from.

More recently, I followed my husband to New York, where we lived for four years before coming back to Los Angeles. During that time more than one east coaster said to me, “There’s no weather in LA.” I decided to write another novel—my current novel, L.A. Weather—that debunked that trope once and for all, and to my astonishment, something wonderful happened. With distance I found clarity. Of course, the instrument I chose to look at LA from afar was not a telescope, but a kaleidoscope. I had no choice. I knew that only with an instrument composed of so many prisms could I attempt to capture my city.

Yes, we Angelenos are deeply affected by the drought, the winds, the marine layer, the brushfires, the gigafires, the mudslides, the flash floods, the atmospheric rivers, the heat domes, the Ridiculously Resilient Ridge, the very real possibility of a catastrophic ARkStorm, El Niño, La Niña, La Nada, but our resilience to weather events, to earthquakes and other calamities, our urgency to move along nimbly into the future, our profound Mexican heritage, our huge Asian community, our immigrants from all over the world, our passion for food, and our freedom to choose one or another lifestyle, is something we all share. It makes us quite a unique crowd and a challenge for any writer.

Just like me, Oscar, the patriarch of the Alvarado family in L.A. Weather, realizes this in his constant roaming around the city’s neighborhoods: there are hundreds of cities within the city. Of course, there is the common notion shared around the world that LA is the entertainment mecca, and it is. But not all of us walk around with a screenplay under our arm, or a folder full of headshots to hand out. In truth, it is the constant influx of immigrants that makes Los Angeles so much more than movies and celebrities. As Oscar puts it in L.A. Weather:

L.A. Weather attempts to reflect the permanent impermanence that is so characteristic of LA. Non-Angelenos assume that LA is always 72 and sunny, a place where movie stars and convertible cars are as ubiquitous as palm trees. By writing this book, I wanted to paint a different portrait of the city. I wanted to share my personal vision of LA’s anatomy, its precarious geography, its multiple masks as well as its bare face, hoping that readers outside Los Angeles will come to understand its charm and complexity. In so doing, I am only adding to a long list of writers who have debunked myths and created new ones, attempting to depict the vast cosmos of my city. I don’t think any of us is under any illusion that we have succeeded in getting our arms around the vastness that is LA, but we keep trying. Because that’s what Angelenos do. 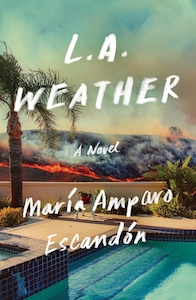 María Amparo Escandón is the author of the #1 L.A. Times bestseller Esperanza’s Box of Saints and González & Daughter Trucking Co. Named a writer to watch by both Newsweek and the L.A. Times, she was born in Mexico City and has lived in Los Angeles for nearly four decades. 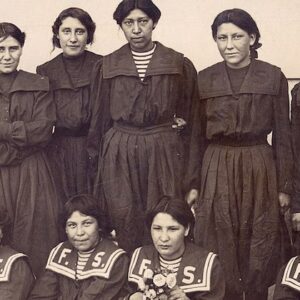 Shortly before the turn of the 20th century, a young Blackfeet teacher named Josephine Langley moved home to Montana from...
© LitHub
Back to top
Loading Comments...