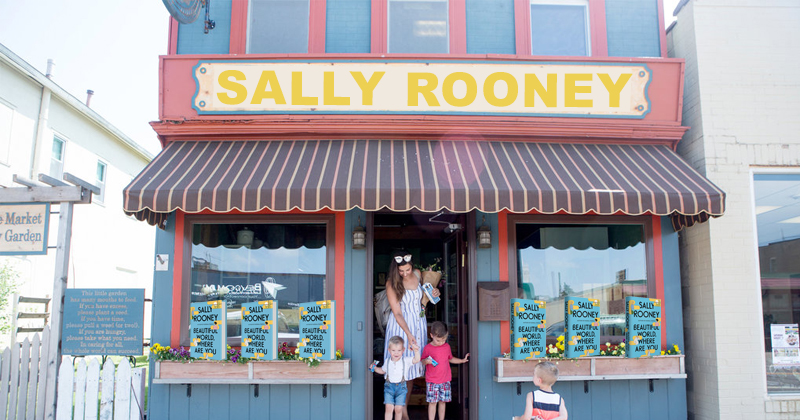 If you take her characters’ opinion as the truth, Sally Rooney hates book events. In Beautiful World, Where Are You, the character Alice—a successful young Irish novelist who has recently moved to a small town, hm, who does this remind you of—writes to her friend Eileen about how much she hates being in the public eye at literary functions: “It makes me miserable, keeps me away from the one thing in my life that has any meaning, contributes nothing to the public interest, satisfies only basest and most prurient curiosities on the part of readers, and serves to arrange literary discourse entirely around the domineering figure of ‘the author’, whose lifestyle and idiosyncrasies must be picked over in lurid detail for no reason.”

For maybe this reason, Rooney has chosen to only do one book event where she’ll be discussing the book: a conversation with Emma Dabiri, presented by the Southbank Centre and the London Review Bookshop. (Good for her—why do it if you don’t have to?) But that hasn’t stopped Faber, her UK publisher, from coming up with other publicity strategies—like a Sally Rooney-themed pop-up shop.

According to The Bookseller, the pop-up shop—located at a gallery space in Shoreditch and open from 11 am to 6 pm from September 10-12—will sell copies of Beautiful World, Where Are You, Rooney’s previous novels, and novels Rooney recommends. The space will also host workshops, book clubs and daily giveaways, including a calligraphy and candle-making class, which at least feels Rooney-ish in vibe.