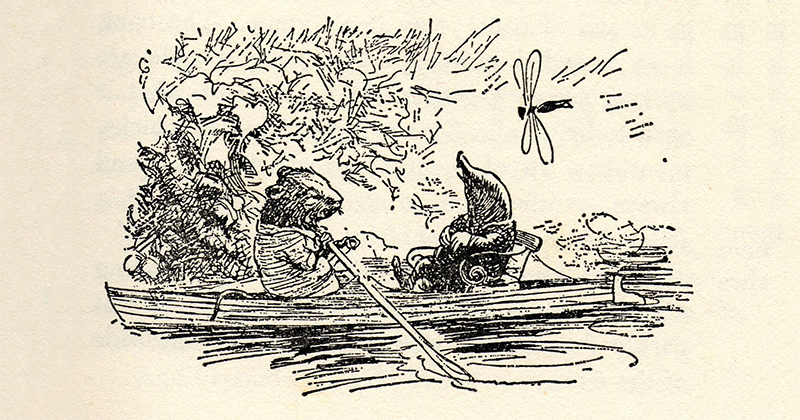 V. British news: Julian Fellowes will write the script for The Wind in the Willows movie.

Is there a more British sentence than “Downton Abbey creator Julian Fellowes will write the screenplay for a new adaptation of The Wind in the Willows“? (Perhaps only “What’s all this, then?”)

Fellowes also wrote the book for the West End musical version of Kenneth Grahame’s classic (which, contrary to popular belief, was never intended as a children’s book).

Grahame’s book is about a group of very field animals wearing smoking jackets, lazing around in rowboat, stealing cars, and generally getting into rich-people scrapes, so it feels very much in Fellowes’ wheelhouse. Here’s hoping Maggie Smith will cameo as an imperious stoat.