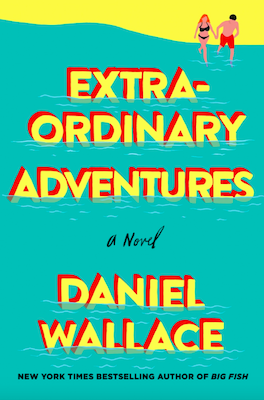 The following is from Daniel Wallace’s novel, Extraordinary Adventures. Edsel Bronfman gets a call stating that he’s won a free weekend at a beachfront condo in Florida. The catch: the offer is intended for a couple, & he has only seventy-nine days to find someone to take with him. Daniel Wallace is the J. Ross MacDonald Distinguished Professor of English at the UNC Chapel Hill, where he directs the Creative Writing Program. He is the author of six novels.

For her seventieth birthday, Bronfman had ordered his mother a pair of battery-heated socks because she said her feet were always, always cold. On the way to her house he stopped at the liquor store and bought her the scotch she loved so much, a scotch so expensive he couldn’t even pronounce its name. Bronfman had to write the word out on a yellow Post-it and hand it to the cashier, as if it were a stick-up. He was not much of a scotch drinker himself, gravitating toward white wine and the occasional summer sangria.

He parked, and gathered his presents. Then he gathered himself. He breathed. Because even though Bronfman loved his mother more than any other person on the planet–even though he had no one else in his life remotely close enough to him to love and it was the same for her–she was challenging, even infuriating at times. Over the last few months though his visits to her had become tricky at best. She had become erratic– sweet, funny, vicious, forgetful. She’d never not been a free and blatantly outrageous spirit, but it was becoming clear to Bronfman that what was going on now was more than just an extension and exaggeration of who she was. He was afraid she was losing her mind.

The house was so quiet, but it almost always was. Old people, he noticed sometimes, made no sounds at all except when they cleared their throats. Still he imagined the worst every time he walked into this soundless gloom, one dreadful scenario after the other.

Nothing. He called again. He felt his heart race, veins near his ears throb.

The back door was open. Odd. He peered outside and saw that the gate to the backyard– always shut, always– was banging against the fence in a phantom breeze. Bronfman was already rehearsing the words in his head And that is where I found her.

That was where he found her. Not dead but fully alive, with her back to him, on her knees, a tiny shovel in hand, digging in the dirt. She was wearing her yellow Lilly Pulitzer high-waters, a T-shirt commemorating a 5K run for something, and no shoes. Her ankles had a stegosaurian horniness to them, and her feet were deflated, deeply wrinkled, and black with dirt. They looked unsalvageable.

“Mom? What are you doing? It’s me, Edsel.” She’d called him Frankie a few weeks ago; he wanted to make himself as clear as possible. Still, she didn’t turn around. He glanced about. The backyard had never been much of a backyard. Small, scrawny inbred tree-like weeds, lunging for light; a cloud of kudzu draping the fence; grassless rocky soil; two sweet gum trees.

Finally she turned to him and smiled. Her face, deeply wrinkled and smeared with mud, looked like it had been painted up for some aboriginal magic party.

“Looking for Barney,” she said brightly.

She turned away and went back to it, unearthing little treasures he could not see. Barney was the dog he’d had as a boy, from the age of ten to eleven and a half. A quarter of a century ago they had buried Barney together, after finding him on the side of the road without a mark on him – just dead, hit by a car, they gathered.  She did all the digging. While Bronfman mostly watched, she set her cigarette down on the edge of the wooden fence where it could balance and burn in the air. When she was finished digging the grave stuffing the corpse into it and covering the hole with a dusting of dirt (Bronfman saw a part of the plastic shroud edging out of the divot) she reclaimed the cigarette, gave it a long, breathy pull and said, through a lung-rattling cough, “Ashes to ashes, Edsel.”

She was so old now. Even her ears looked old, withered, like creatures that had abandoned their shells and crawled from the sea and attached themselves to the side of her head. She’d quit smoking years ago and now chewed Nicorettes obsessively. He kind of missed the cigarettes; the smell of smoke reminded him of home. It was nice. He wanted to encourage the habit, because he couldn’t let go of the younger model, the one he’d imprinted on as a child. Even though she was thirty-six when she’d had him she seemed younger than all the other mothers of his set, prettier, snappier, smarter too. A single mother, no husband or father ever even referenced because there had never been one, except in the strictest biological sense. Bronfman was the product of a one-night stand with a man named Roy Something-or-Other. If he was an accident, which he was, then she was an accidental mother. Even when she took part in the functions one expected a mother to take part in (birthday parties, soccer games, neighborhood picnics, school events), she seemed to be attending them ironically. It was as if she were pretending to be a single white middle-class mother – a paralegal, of all things – while in reality was something else altogether.

True, she leveraged her charm. She was a bit of a vamp. She wore cowboy boots and skirts and blouses unbuttoned one button too far. She chewed gum with the artful ability to pop it whenever she thought she wasn’t being attended to. And she had a little mole above her lips, to the right of and just below her nose. She looked exactly like the kind of single mother who would sleep with your husband. He would learn much later, because she told him, that she was the kind who actually did. Bronfman had a lot of “uncles” wandering in and out of his life, their house, brief appearances by men with small roles, few lines. A few of them were lawyers; some of them were crooks those lawyers were defending. They all seemed pleasant enough, but detached in the way someone renting instead of buying is.

But it had been some time since the last one– Uncle Rajiv. Now Bronfman was the sole man in her life, and he was watching her rob his dog’s grave. What was he supposed to do? Pull her away? Call someone? Nothing seemed like the right thing, but standing there with a bottle of scotch and a pair of electric socks in his arms seemed especially wrong somehow.

And then she stopped digging. She turned and looked at her son with a smile so sunny it flaked off some of the dried mud on her cheeks.

Bronfman followed his mother down the path back toward the house. She walked so slowly it wasn’t clear to him that her momentum was enough to carry her forward, as if any second she might just fall backward, or to the left or to the right, and if she did he wanted to be ready to catch her. In her arms she was holding Barney’s skull.

But they made it inside without calamity. She regained her balance, some strength, as if the air conditioning (always kept shockingly cold) had in it some restorative properties as well– caffeinated air. She took the skull to the stainless steel sink and set it down like a dirty plate and turned on the water. Bronfman stood behind her, helpless.

“Look,” she said. “Amazing. That was Barney. Barney was inside there. Everything that made him him was in this little package.”

Bronfman touched his tiny mother on her bony shoulder. She could feel his concern. “Not to worry. Just investigating the cycle of life. I’m next up, after all.”

She laughed and focused on the bundles he still carried in his arms – the socks, the booze – and she beamed.

He should have brought dinner. Why didn’t he bring dinner? All she had was one cold chicken leg wrapped in tin foil, a box of Triscuits, a package of stale American cheese, each slice carefully separated from the one above and the one below it by a sticky sheet of plastic, and some Dijon mustard. Fancy.

They ate off the same plate. She pushed the half-gnawed chicken leg toward him. He demurred. If he looked just a little bit to the left he could see into the kitchen where Barney’s skull was drying, glowing in the fluorescent kitchen light. “Thought you’d bring something to eat,” she said, her tone shifting. “But life in a cube is hard.”

“In a cube. Your little cubicle. I’m just happy that you’re here.”

He was having trouble following her.

“Did you take the subway?” she said.

“There’s no subway in Birmingham.”

She focused on his words, readjusted, as if tuning into his frequency. She knew she had said something that wasn’t quite right. 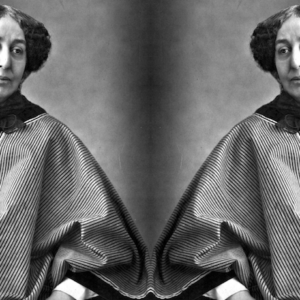 Lit Hub Daily: June 8, 2017 There is no better place to write than the library: why the NYPL is the most beautiful office in New York City. | Literary...
© LitHub
Back to top