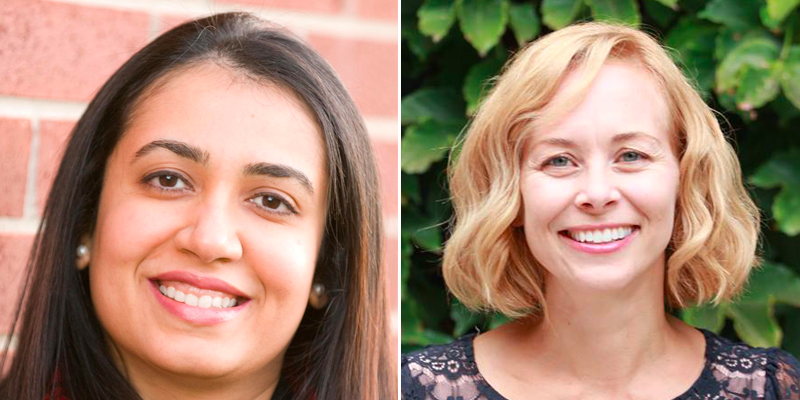 Both Amita Trasi and Cecilia Galante explore difficult issues in their fiction through the experiences of young characters. Galante’s most recent book, The Odds of You and Me, features a young mother grappling with sexism and abuse. Trasi’s recently-published debut novel, The Color of our Sky, follows two childhood friends from entirely different worlds growing up in Mumbai. Below, they discuss how their lived experiences inform their storytelling, what dictates their audiences, and their favorite parts of the creative process.

Cecilia Galante: Your book is based in Mumbai, where you were born and brought up. How much of your book is drawn from personal experiences?

Amita Trasi: The story shaped itself, but the feel, smells, and sense of the culture of Mumbai permeate the novel. I think a lot of the protagonist Tara’s childhood memories are fictionalized reflections of my own; the relationship between Tara and her father resembles the relationship between my father and me. My father always pushed me to succeed (which came with its own complications). It was drilled into my head that as a girl, I had to work harder so that I could become an equal in all respects. Tara also experiences that—she is allowed to do anything that “girls aren’t supposed to do.”

Mukta is a character that is largely inspired by the daughter of a maidservant who worked for us. I knew her for a few years before she disappeared. I was about 13 then and I started noticing how children like her who come from the poorer sections of society didn’t stand a chance against human traffickers. And usually, in Mumbai, there are so many street children that there is no one looking out for them. These cases often go unreported or, even if they are reported, no one really follows up. So the pivotal plotline explores what happens when such children disappear overnight and how human traffickers take advantage of them. It also explores the class-caste system that exists within the culture in India.

When I began writing, it was as if all these thoughts were somehow lying in my subconscious waiting to pour onto pages. I did not even know I was carrying so many painful memories, despite the fact that I’ve always written a journal to explore my thoughts. Creative writing seems to have given a free reign to certain images and thoughts that still exist in my head, and I find that fascinating and surprising.

CG: I think all writers probably draw from some aspects of themselves and their childhoods in their work, and this is certainly true of me. I was born and raised inside a fanatically religious cult for the first 15 years of my life and have a fractured relationship with my parents, which has contributed to much of the material in my books. Despite the fact that my parents never divorced and that we lived as “normal family” after the commune deteriorated, I think my early knowledge of such a tenuous parental structure continues to influence many of my fictional families.

For years, I was forbidden to talk about where I’d come from or how I’d been raised, lest my family be seen as a bunch of freaks. I understand now that my parents were trying to protect me, but keeping a secret like that slowly and deliberately killed off any sense of trust I might have built in myself and the world around me. Many of my books address these types of situations, because I know what holding loaded images inside your chest every day can do to a kid. I know how it shapes the way they see others, themselves, everything around them.

I remember the period of time in my life where I realized I needed to write a book.  For years, I only dreamed of the things that had happened in the cult, murky images that clouded my sleep and jarred me awake, crying. But when I began to transcribe these images, putting them down in words on a page, they became real. For the first time I was able to use my voice, not only to speak of these things, but to bear witness to them. It was a transformative experience, one that shaped me forever after.

The process is an almost magical experience wherein the characters take over. It almost as if one becomes a conduit of sorts and only speaks on the character’s behalf. I always know I’m in a good space when this happens because the story has been (rightly) reclaimed by the person who needs to tell it, and my job is only to get out of the way so that can happen.

AT: I also feel that need—to get out of the way, to stop trying to make a character into someone they don’t want to be. Because that can be a struggle at times, especially when my character moves away from the storyline and launches into a different direction, something I didn’t anticipate. And I can see my thinking mind go, “Oh, but that will disrupt the entire story I thought of!” And it does. In my book, I had no idea that Mukta would lead me on such a path of suffering, nor did I know that Tara’s grief could make her act in such a bizarre way. But I had to let the characters tell the story. It isn’t mine. It belongs to them.

This also brings me to the question whether all writers choose their audience when they set out to write. You’ve written YA, as well as for an adult audience. Do you deliberately choose to write for a particular audience when you begin writing, or do you prefer to let the story and characters dictate the audience for the book?

CG: I remember when I wrote The Patron Saint of Butterflies. It was my first published novel, and I was over the moon with joy. Then my agent told me that it was going to be sold and marketed as a young adult novel. My heart plummeted to my feet. I was actually insulted, thinking that the book I’d worked so hard on was doomed to be relegated to a kid’s shelf! But both of those reactions were just indicators about how little I knew about the young adult field. While I still feel that there is a definite “line” when it comes to being known as a young adult author compared to an adult novelist, I was guilty of being ignorant when it came to the respect and legitimacy afforded to young adult writers. This was before The Hunger Games and The Fault in Our Stars, but even so, the genre was bursting at the seams. It was—and still is—a hugely exciting time to be a young adult novelist.

That said, I never set out to write a “young adult” novel. I just wanted to tell my story as best as I could. This still holds true today. Whether I am working on an adult, a young adult, or a middle-grade manuscript, I am conscious only of making sure it is really worthwhile story. Of course, I have to scale things back if it is a book for kids as opposed to a book for adults, but that’s just common sense.

AT: Similarly, I didn’t set out with a specific audience in mind. I wanted to write a story of friendship and it simply led me down the path of publishing a novel that appeals largely to adult readers, though the book did gather a considerable amount of interest from bloggers in the YA age group.

This reminds me of the statement you made earlier about “what holding loaded images inside your chest every day can do to a kid.” As we grow into adulthood and as we seek respite from the memories, we can veer towards various addictions. This might manifest through seeking love from a partner who cannot possibly give it, or overeating because of one’s body image issues that developed in childhood, or it could be as simple as desperately wanting appreciation for a selfie on Facebook—all are acts of seeking love, I believe. If we don’t resolve our “battles” in our minds, we will bring up children who hear our battles in their head as they grow up.

And that is something that always holds my attention. I want to explore that side of adulthood where we still have that child within us, even if we are masquerading as adults. I think that the creative process lends that to me—to explore what makes us so complicated (and broken!).

CG: The exploration is very important. My favorite part of the creative process has nothing at all to do with the actual writing part (although Joan Didion used to say that it was all writing, even the walks she took afterward and the martini she had after that). I love to lie in bed when I am in the throes of a book and watch my mind wander. I get such a thrill at making connections in my head that I can’t possibly see on the page (and then writing them down immediately) because I know that the novel is sort of knitting itself together for me. It is an amazing process, watching this happen, and one of the most fulfilling, because it takes me, thought by thought, stitch by stitch, all the way to the end.

AT: It definitely works that way with me too. I have sudden flashes of ideas all the time, and I have to write them down. Interestingly, the story doesn’t knit itself for me until I start exploring the characters on paper. Sometimes, the characters take me on a linear journey. At other times, I see bits and pieces of the characters, scenes in the book and then I write haphazardly: Chapter 21 is probably written before I even start chapter one. It’s like pieces of puzzle in my head that I have to fit together.

One of the more important and unifying themes that will always color my writing is the gender inequality I have experienced—that somehow as women, we need to work harder and strive to be equal, even though we already are equal in all respects; the tradition or rules that we impose upon ourselves and many women in India—be it child marriage or considering widowhood to be evil in some communities in India or dowry deaths. I question the zeal to follow such traditions which cause us to forget how to love—the very foundation of life. I’ll probably keep bringing up such themes in my books. What do you hope to convey in your writing?

CG: C. S. Lewis once said that “we read to know we are not alone.” I write because I know what it’s like to recognize myself in some one else’s words (specifically, J.D. Salinger’s The Catcher in the Rye), and I remember distinctly how transformative an event that was. I write because I want people who think the way I used to—that no one else could possible be as sick or dark or twisted or strange as me—to know that isn’t the case. It is up to the artists of this world to remind the rest of us that we are loveable anyway, and that ultimately, in this wide and vast universe, we are never really alone. 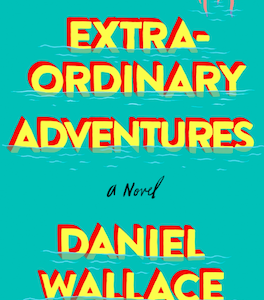 For her seventieth birthday, Bronfman had ordered his mother a pair of battery-heated socks because she said her feet were...
© LitHub
Back to top