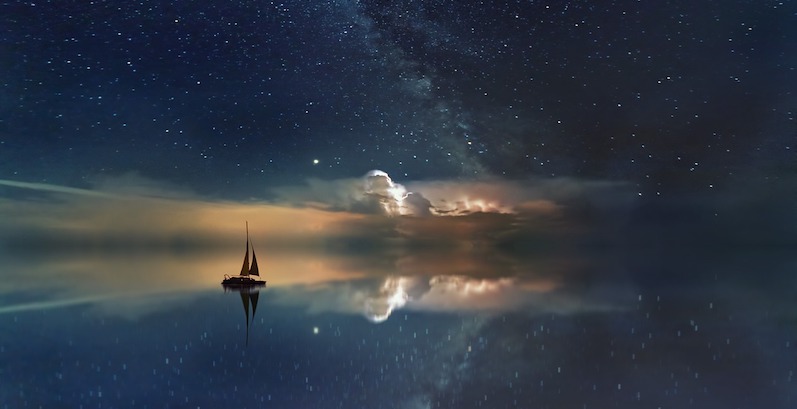 On Fatherhood and Large Projects That Make No Sense

Looking back, I suppose that at the time the decision to build you a boat must have seemed like a really terrific idea. Did I pause, even for a moment, to consider whether your daddy—a soft-handed, deskbound modern man with few tools, limited practical abilities, and an ignominious record of DIY disaster—could possibly master the necessary skills? More than two years on, it’s hard to remember. But I do know that in the weeks and months after you were born I found myself in a strange, unfamiliar place. Oddly, perhaps, I wasn’t worried about the challenges of raising a child at my age. But, as I paced the floor night after sleep-deprived night with this inexpressibly precious new life in my arms, my mental compass swung wildly from emotionally charged elation to morbid musings about your future and—as a father, for the second time, at 58—my chance of playing much of a part in it.

This wasn’t an entirely unfounded concern. In February 2012, after suffering mild chest pains while running, I underwent a wholly unexpected multiple coronary artery bypass operation in a hospital in Dubai, where I was working as a journalist. So much for a lifetime of not smoking, always eating and drinking sensibly, and exercising regularly—obsessively, some might say. Rowing, running, swimming, triathlons—all had played a major part in my life, and in my idea of who I was. But none of it, it seems, had been sufficient to defuse the ticking time bomb of familial hypercholesterolemia, a genetic defect that starts lining the arteries with gunk from an early age. This perhaps explains why Bert, your maternal great-grandfather, died in 1946 with a coronary thrombosis at the age of 50, despite years of rationing that would have severely limited his intake of heart-stopping foods. Thanks to a South African surgeon and the modern miracle of statins, I already have more than a decade on him.

Undergoing bypass surgery hurts more than somewhat, and for months afterwards. Having your chest cracked from throat to sternum and yards of vein yanked out of your legs is, I guess, always going to sting a little. But though unforgettable, a bypass is also survivable, especially if you go through it when you’re fit and youngish, which, at 56, I was. So perhaps there was a point to all that rowing, running, swimming, etc. Twelve weeks later, I was back in England and—cautiously at first—running in the late-spring sunshine along a Suffolk riverbank. It was one of those days when it really did feel good to be alive.

But it was your appearance, two years and two months after the operation, that really gave me the opportunity to make the most of my new lease on life. It was also a kind of second chance. I have a son, Adam, from my first marriage, and he has two sons of his own—you know them as your nephews, seven and eight years older than you. They know you as Auntie Phoebe and me as Granddad Jonny. Modern families.

The good news for you is that this time around Daddy plans to be much better at the whole fatherhood thing. I was an immature 21 when I married Adam’s mother, and a not-much-more-mature 26 when he was born, in 1981. I remember pacing the floor with him in my arms—just like you, it was the only way he would sleep—but I recall very little else from those days. His mother and I split up when he was about two, and Adam spent most of his early life overseas with her. I’m ashamed to say that at the time that seemed like some kind of liberation. Apart from the occasional holiday, I saw very little of Adam until he came to live with me in England when he was 15.

Out of the blue, it hit me—I would build you a boat. I know—obvious, right?

At some point in the 36 years since Adam was born I must finally have grown up, because from the moment I first met you the thought of not seeing you for a single day, let alone for months on end, was inconceivable. And the thought of having turned my back on my two-year-old son all those years ago filled me with deep shame and regret.

But alongside the massive dose of unconditional love that flooded my entire being the day you were born, and can still unexpectedly move me to tears without warning, I became aware of another new sensation—fear.

I’d never feared the bloke with the scythe previously—not while struggling to keep my head above water mid-Atlantic, or even while going under the surgeon’s knife in Dubai. But now that my life was suddenly and utterly about something other than merely me, fear him I did—especially after it dawned on me that, if I lived that long, I’d be seventy years old by the time you started secondary school.

Sorry, darling—kids can be cruel. But you, I already have no doubt, are going to be smart enough, and tough enough, to deal with all of that. Though if you prefer, I’ll happily drop you off round the corner from the school gates.

At what age do children begin banking memories they retain for life? Experts are—surprise—divided on the question; guesstimates range from three and a half to six years old. Either way, I know that one day, and sooner rather than later, I shan’t be there for you. How, then, to reach out across time to remind you that you had a daddy who loved you unconditionally and who wanted nothing more out of what was left of his life than to equip you to make your way through yours with wisdom, courage, compassion, and imagination?

I could, I suppose, have simply written you a letter, or recorded a video for you to watch on your smartphone when you’re older. I rehearsed both in my head, many times, but struggled to strike a tone located acceptably between flippant brave face and sentimental self-pity.

And then, out of the blue, it hit me—I would build you a boat. I know—obvious, right?

I could see that for a deskbound freelance journalist with no discernible relevant skills, and a small tiger and a large mortgage to support, the decision to build you a boat was not dictated wholly by common sense.

The idea came to me during your first few months, as I paced the floor of our apartment overlooking the Stour at Mistley with you asleep in my arms—or, rather, facedown on one of my arms, with your hands and feet dangling and your soft little face cupped in my hand. For a long time that was the only way you would go to sleep—like a tiger cub, Mummy said, draped over the branch of Daddy’s tree. I miss those nights. Even in my addled, sleep-deprived state of existential angst,

I could see that for a deskbound freelance journalist with no discernible relevant skills, and a small tiger and a large mortgage to support, the decision to build you a boat was not dictated wholly by common sense. But since when, countered my inner contrarian, had it been necessary to secure approval from the dull bureaucracy of sound judgment for plans laid by the heart?

A boat. During that particular long night the idea seemed to sum up everything I wanted to tell you about life, love, history, your story, independence, resilience, true beauty, courage, compassion, adventure . . . indeed, the crazed mind demanded to know: What invaluable lesson could possibly not be learnt in such a classroom?

In the morning, over breakfast, I tried to explain it all to Mummy. Busy with you, she made a sterling effort to keep half an ear on what I was saying, though even as I spoke I could feel the perceived rationality of the night evaporating in the light of day. But no matter. From the moment the idea first struck me, there was simply no getting away from it.

I think one take-home from this might be something like, “Don’t do things only because they are easy to do or because they have an apparent practical purpose.” Or, perhaps, “Don’t make seriously major decisions when the balance of your mind is disturbed by extreme sleep deprivation.”

Either way, if the seed was sown by existential angst, it was fed and watered by a linocut on the cover of a small book that had sat for years, barely noticed, on the shelf behind my desk. You’ll know it by now—indeed, you’ve probably improved it with some judicious crayoning. Boy Building a Boat, one of eight illustrations for a 1990 reprint of a Rudyard Kipling poem celebrating the ancient art of the shipwright, was carved almost thirty years ago by James Dodds, an Essex boatbuilder-turned-artist. It shows a boy working on a small clinker-built boat on a shingle beach—a beach just a few miles from where we live, and where you took some of your first steps.

Saw in hand, the young shipwright has raised his head from his task, pausing to gaze at a passing smack, all canvas aloft, as though daydreaming of the adventures that will soon be his aboard the boat he is creating.

Boy Building a Boat had seemed harmless enough, a charming addition to a collection of books, prints, and framed nautical charts that spoke to Daddy’s lifelong fascination with the sea and our tide-scoured east coast. But as I sat and tapped at my keyboard, chipping away at the mortgage, I increasingly found myself pausing midway through a sentence to gaze at it, indulging in some daydreaming of my own.

It’s not that I’m dissatisfied with what I do for a living. After all, being a freelance journalist may have its challenges—late nights, too much coffee, mercurial commissioning editors, and unrealistic deadlines, mainly—but it isn’t exactly coal-mining. One doesn’t, usually, have to scrub ingrained filth from one’s hands after a day’s work, and there is very little likelihood of being buried alive or succumbing to poisonous gases—I keep no caged canaries on my desk. Generally I work in the warm and dry, sipping coffee, nibbling biscuits, and often talking to inspiring people who have done some very interesting things. So, yes, I like my job as one of life’s observers. But . . .

Quietly at first, the small picture began to speak to me— and the part of me that late-life fatherhood had rendered susceptible to magical suggestion, as well as to existential foreboding, was listening, intently. 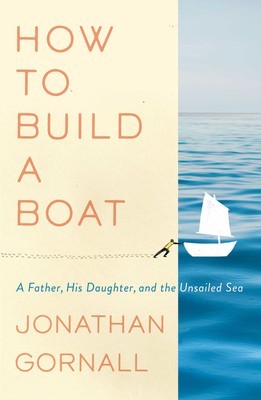 Jonathan Gornall is an award-winning freelance journalist, whose writing has appeared in The Daily Mail and The Times (London). While at The Times, he was the author of a weekly column, “Microwave Man,” that looked insightfully, and often humorously, at the role of man in the modern world. He published a book of the same title in 2006. He has twice attempted to row across the Atlantic, and lives on England’s east coast with his wife and daughter.

What Would It Mean to Live in
a World Without Stories? 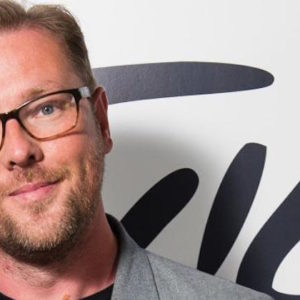 Damian Barr is nothing if not tenacious. His 2013 memoir Maggie & Me depicts his challenging childhood in Scotland—the...
© LitHub
Back to top
Loading Comments...