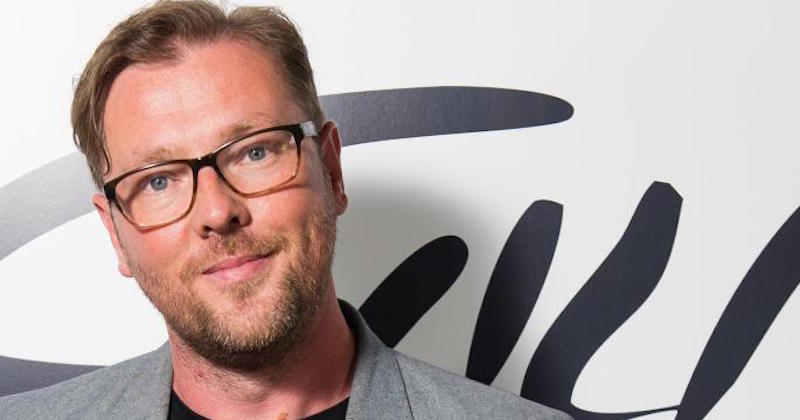 "You want the whole thing to be historic—but these stories are hideously contemporary."

Damian Barr is nothing if not tenacious. His 2013 memoir Maggie & Me depicts his challenging childhood in Scotland—the terms “chaotic,” “erratic,” and “alarming” spring to mind—which he managed fairly adroitly by holding on to good friends, plugging into Stephen King, Dean Koontz, and James Herbert, and discovering budding journalistic ambitions via television’s Hart to Hart and Kolchak: The Night Stalker. And, as an adult, an informal, bookish gathering he started with friends in London a decade ago—“at first it was just me and some friends, then more friends and then new friends and their friends”—has blossomed into a renowned literary salon of 300-strong, in-person events at London’s Savoy Hotel as well as being available as a podcast.

So Barr’s reaction to Raymond Buys’s story—which Barr first learned about in a British newspaper—comes as no surprise. Buys was a 15-year-old in South Africa who was enrolled for so-called “training” in a paramilitary camp, and ended up dead. Buys’s face reminded Barr of a childhood friend; Buys’s story—one of homophobic violence and murder—chilled Barr to the bone. When the courtroom case against the camp and its leader, Alex de Koker, started fading from the news cycle, Barr decided to pursue the story himself, got on a plane to Johannesburg, and met with Buys’s family and the detective who investigated Buys’ death.

“My initial reaction was just horror when I saw the pictures of that boy,” says Barr, speaking via Skype from his home in Brighton. “I was horrified by what had happened to him, by what had happened to his family.” Buys’ mother, Barr says, was completely vilified. “It was interesting and revealing,” he notes, “that the first person to get blamed is the mother, not the stranger who was paid to look after her son and who killed him. But altogether it seemed to me that everyone was very certain about what happened to Raymond: he was gay, it was a conversion camp, the mother was to blame. And certainty always makes me uncomfortable, it makes me ask questions. Everybody can’t be sure. Somebody has to be wrong, and the truth has to be somewhere in between these different competing versions of the truth.”

Initially, Barr just wanted to find out more about what had happened to Buys. “I didn’t start out thinking, ‘I’m going to write a novel about this,’” he says. “It just felt very personal. I’d look at the pictures of him and his mum dropping him off at the camp gates and think, ‘That was the last time that she’d see him as she knew him—the next time he’d be on life-support.’ I thought I might do a piece of journalism about it, but the more I looked the more I realized I was not going to find out the truth about what happened to this boy, so I started to ask why has this happened, and that’s how I got to the historical bit.”

Everybody can’t be sure. Somebody has to be wrong, and the truth has to be somewhere in between these different competing versions of the truth.

Barr’s debut novel, You Will Be Safe Here, spans two dark chapters in our human story, one historical, one contemporary. One primary protagonist, sharing her story via a diary, is Sarah van der Watt, the wife of an Afrikaner resistance fighter; together with her young son, she’s incarcerated in Bloemfontein, one of the concentration camps that the British introduced in South Africa during the 1899-1902 Boer War. The other, is Willem, a 21st-c

entury Afrikaner teen whose mother and stepfather send him to a training camp to toughen him up. The two stories are linked not just contextually but via the cruel lie, “You will be safe here.”

The overarching tale is marked indelibly by elements of arrogance and delusions of supremacy, by racism, bigotry, and brutality. But Barr’s fathomless sympathy for his characters as he teases out their individual stories render moments of both tenderness and pragmatic reality, from a spurned lover’s secret revenge to the small kindnesses people gift each other in the face of adversity, to the deeply held connection between Sarah and her husband through a shared love of reading: “My English is the English of the novels you and I squandered countless candles over.” It is these highly personal moments that emerge, triumphant, from the often-chilling narrative.

Researching the diaries of the British camp victims, Barr found more all-too-human stories that riveted him as much as Buys’: “This book, it’s the voices of women and children who, for the most part, were the victims of the camps in the early 20th

“I realized I was writing a novel,” he continues, “when I found that I had more questions than answers. I wasn’t aware that I would be writing into a moment, culturally, where these questions would be quite so relevant. Really, you want the whole thing to be historic—you want what’s happening now to boys like Willem to be historic—but actually these stories are hideously contemporary.”

You want what’s happening now to boys like Willem to be historic—but actually these stories are hideously contemporary.

Barr faced a plethora of differences growing up. “I definitely felt outside and other for most of my childhood for all kinds of reasons—because I was tall, because my parents were divorced, because one was Catholic and one was Protestant, because I was gay but I didn’t have the words for it, because I liked books while everybody else liked football. I felt very outside. I think it’s not a surprise that that is a preoccupation in this novel, exploring more of that, what it’s like to be an outsider.”

Creating a sense of stability for himself with books, friends, and a heady determination to make his way elsewhere, led to moments of exhilaration such as when Barr first arrived in Brighton, on the south coast of England, to compete in a national quiz final. It was his first trip out of Scotland and, he writes in Maggie & Me, “I jump off the train and run ahead desperate for it all first—to steal the joy and make it my own . . . Bursting through the entrance I actually jump and try to click my heels like they do in films.” (Little did he know it then, but he was visiting his future: today, Barr and his husband make their home in Brighton).

Another life-changing moment occurred during his university year in the form of an anonymous benefactor (think Great Expectations or Daddy-Long-Legs), allowing Barr to accept a partial scholarship that took him to Texas. His dreams of being a journalist came true, too, but Barr refuses to rest on his laurels. His Literary Salon remains an engaging platform for fellow writers and will expand into a festival next year; he’s active in the movement to protect UK libraries; and he’s perpetually recreating his writing life.

“I have to constantly tell myself to slow down and see the world that’s around me, not just the world up ahead,” says Barr who, in conversation, is frank, friendly, and downright entertaining: let it be known that he can channel Kolchak’s Darren McGavin and whistle the show’s theme at the drop of a hat. “For a long time, I felt like I was running away from something; now I feel like I’m moving toward something. Writing Maggie & Me helped change that balance in my life: it reoriented me from the past to the future, it made it possible for me to write a novel. Which, can I just say, is a very interesting by-product of writing a memoir.”

He’s currently contributing as a writer to a television adaptation of Maggie & Me, working toward a Ph.D. on memoir-writing, has two ideas for novels tempting him, and has another memoir in mind: “There is a specific period of my life I’d like to look at, the year after I left home and went to uni and dropped out before going back—a year spent in Edinburgh. But I don’t know if I’m ready yet.” I suspect that at some point Barr will be good and ready to tackle his Edinburgh tale, and he’ll bring the same tenacity and humanity to that story that he has to You Will Be Safe Here, a harrowing novel delivered with honesty and empathy. 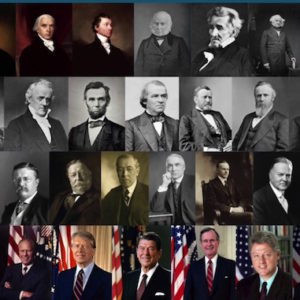 As secretary of the Continental Congress from 1774 to 1788, Charles Thomson kept meticulous journals documenting the swirling...
© LitHub
Back to top