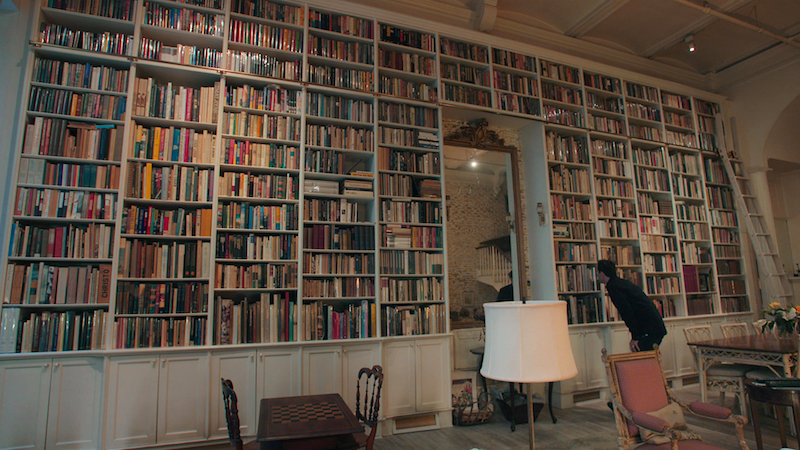 Exclusive: watch the trailer for The Booksellers, a new documentary about rare book dealers.

Have you ever dreamed of becoming an antiquarian bookseller? Or just wanted to get to know one better? Or maybe you just like old books a lot. Either way, this is the documentary for you. Directed by D.W. Young and executive produced by Parker Posey, the film features interviews with rare book dealers of all stripes, as well as collectors, auctioneers, and writers like Fran Lebowitz, Susan Orlean, Kevin Young, and Gay Talese—true book believers all. When the film premiered at the New York Film Festival in October, our reviewer, Joseph Pomp, wrote:

While from a dollars-and-cents viewpoint, the world of rare books and manuscripts may be at an all-time low, The Booksellers demonstrates that it’s actually doing the best it ever has, as far as the range of book subjects and types of people represented within it is concerned. Kevin Young, Director of the Schomburg Center, admits that he’s nearly always the only black person at the rare book conventions he frequents, but many signs point to a growing interest amongst people of color in collecting, preserving, and presenting material traces of their history. Syreeta Gates, for instance, has amassed a world-class collection of hip-hop publications and ephemera over years of being a superfan. Other important collectors we meet that deviate from the stereotype of book collector as tweed-jacketed white man include Caroline Schimmel, whose Collection of American Women in the Wilderness at Penn is nothing short of trailblazing, and Henry Wessells, whose occult interests and trippy calm make you wonder if he landed here from another planet.

Like so many arts and cultural enterprises, brick-and-mortar bookselling today is of course just a shadow of its past grandeur. As Bass-Wyden observes, the number of bookstores in New York City has plummeted from 368 in the 1950s to 79 in 2019. The myriad sellers, collectors, and random aficionados (Fran Leibovitz appearing as a self-deprecating take on the latter) rightfully lament the steady decline of the bookshop, but they also take stock of the reasons to maintain hope.

The opening of new stores in New York like Aeon, Better Read Than Dead, and Codex that focus on smaller presses and obscure sub-fields in art and counterculture points to an increasing interest amongst millennials in books, especially as material objects worth collecting. Beyond offering a reflection on the state of local rare and antiquarian bookselling, The Booksellers pushes us to consider the manifold place that books still occupy in our lives.

Now, we’re happy to present the first official trailer for the film, which opens March 6. Enjoy!