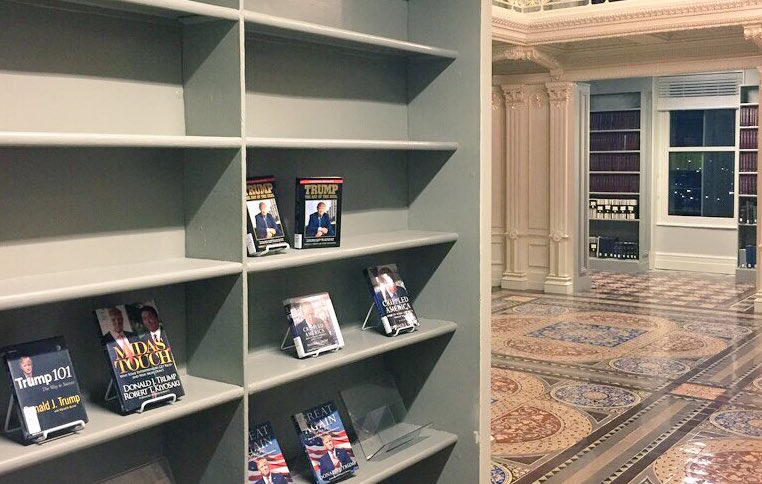 An Incomplete Dossier of Evidence That Donald Trump Doesn’t Read

This is the last person who should defund the NEA

Donald Trump doesn’t read. This may seem inconceivable for a president, particularly after eight years of President Obama—but more likely, considering the president in question, the information does not shock you. Honestly, it seems as though every day there’s a new piece of evidence that underscores our terrifying suspicion (one among many) that we may have a president who, despite his claims, has never read an entire book from beginning to end, and so I have collected a few of them here. Now, of course, one might ask: does Trump have to be a reader? Aren’t there intelligent, productive, good people who never read a single book of their own accord? I guess, probably. But he isn’t one of them. He proves it every day. At any rate, on to the Evidence.

1. His empty bookshelves. Yesterday, Chris Hayes tweeted this photo “of a bookcase in what’s called the Old State Department Library in the EEOB.” As Hayes says, “Notice the books.”

A contact sends along a picture of a bookcase in what’s called the Old State Department Library in the EEOB. It’s the first thing you see pic.twitter.com/o4hNMkyDJr

2. The only book he’s ever been spotted with is his own. From Axios: “He’s not a book guy: In fact, some advisers say they don’t recall seeing him read one or even talking about one beyond his own, The Art of the Deal. And, as he told us, he’s not one for long reports or detailed briefings. One page usually suffices. Bullet points are even better. But he does consume—often in huge doses—lots of traditional media.”

3. He is just too busy (reading magazines). Especially magazines with his own face on them. From a Washington Post profile published in July:

“He has no time to read, he said: “I never have. I’m always busy doing a lot. Now I’m more busy, I guess, than ever before.”

Trump’s desk is piled high with magazines, nearly all of them with himself on their covers, and each morning, he reviews a pile of printouts of news articles about himself that his secretary delivers to his desk. But there are no shelves of books in his office, no computer on his desk.”

4. He actually can’t name any books. As in this transcript from the aforementioned interview with Axios: “I like a lot of books. I like reading books. I don’t have the time to read very much now in terms of the books, but I like reading them. This one is just one that just came out. CNN. The CNN book just came out. I hear it’s doing well.”

5. But when he thinks real hard, he cites a certain high school classic as his favorite (dead giveaway). From a Hollywood Reporter profile on Trump published in June:

“Before Trump trundles off to bed—actually, before that, never too tired, he plans to watch himself on Kimmel—I ask that de rigueur presidential question, which does not seem yet to have been asked of him. “What books are you reading?”

He knows he’s caught (it’s a question that all politicians are prepped on, but who among his not-bookish coterie would have prepped him even with the standard GOP politician answer: the Bible?). But he goes for it.

“I’m reading the Ed Klein book on Hillary Clinton”—a particular hatchet job, which at the very least has certainly been digested for him. “And I’m reading the book on Richard Nixon that was, well, I’ll get you the exact information on it. I’m reading a book that I’ve read before, it’s one of my favorite books, All Quiet on the Western Front, which is one of the greatest books of all time.” And one I suspect he’s suddenly remembering from high school. But what the hell.”

6. He gets up at 6 am—to watch television. And The New York Times is (delightfully, snootily) on it: “But his meetings now begin at 9 am, earlier than they used to, which significantly curtails his television time. Still, Mr. Trump, who does not read books, is able to end his evenings with plenty of television.”

7. Oh wait, someone has reported him reading one book. But it’s My New Order, a book of Hitler’s collected speeches. So, I don’t know. Can we responsibly count that? 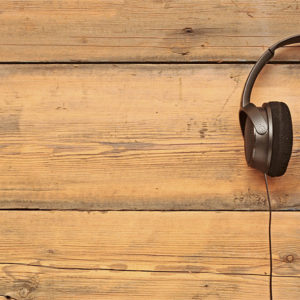 “Lyrical” is the word I hear most often when I offer up my writing for critique. I’m not a songwriter or a poet but for seven...
© LitHub
Back to top