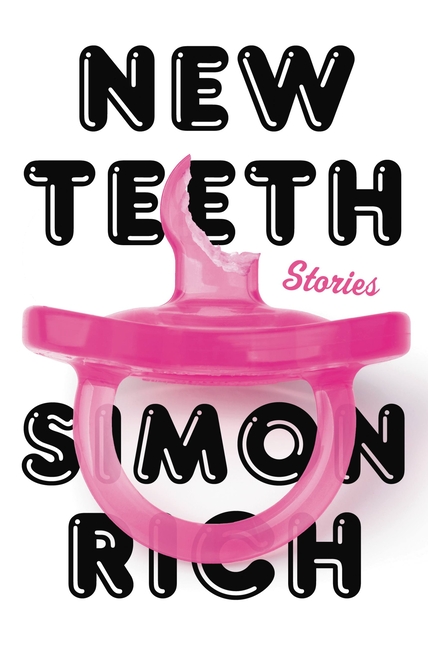 The following is a short story that appears in Simon Rich's latest collection, New Teeth, an ode to growing up, growing older, and what it means to make a family. Rich is a frequent contributor to The New Yorker and has written for Saturday Night Live, Pixar, and The Simpsons and is the creator of the TV shows Man Seeking Woman and Miracle Workers, which he based on his books. He lives in Los Angeles with his family.

We’ve all been there. The teeth are brushed, the pj’s are on, and the blankie is juuuust right. You’re tiptoeing out of the nursery when suddenly you hear, “Mommy, Mommy, there’s a monster under my bed!” You let out a sigh. Looks like that new episode of The Bachelorette is going to have to wait. :(

Children have always been afraid of monsters. But lucky for you, our experts are up to the challenge. So let’s open up that mailbag!

Is it normal for my child to be afraid of monsters?

Yes. If anything, it’s evidence of a healthy imagination.

How do I convince my child there’s no such thing as monsters?

Just be patient. By the age of five, your child should understand that the monsters she’s afraid of are not real.

What if the monsters she’s afraid of are real?

Unfortunately, this is becoming increasingly common in the aftermath of the Great Monster Uprising that took place earlier this year. Ever since the creatures descended from the Dark Place, their presence on Earth has become an unavoidable aspect of our daily lives. If your child is afraid of an actual, real-life monster, such as Gorgog the Annihilator, or Ctharga the Eater of Souls, try to explain to her that, although those monsters are obviously real, the likelihood of them attacking her is only moderate.

Should I restrict my child’s media access to keep her away from upsetting imagery?

Most parents agree it’s wise to shield kids from scary content. At the same time, experts warn it may be futile to try to stop your kids from seeing monsters altogether. After all, they are on the front page of the New York Times every single day, usually striking a menacing pose. They also frequently Saturday-morning cartoons in order to make threatening pronouncements. Short answer: try your best.

What if my child is having nightmares?

Again, this is completely normal. The exception, of course, is when your child has been “marked” by a monster who is using her dreams to try to form a covenant with her. Ask your child for details about her nightmare. Did the monster address her by her Christian name? Was she asked to “sign his book”? If the answer is no, then reassure her it was only a dream, probably.

Should I let my child use a night-light?

A night-light might seem helpful, but experts warn they can do more harm than good. Even a small light can disrupt a child’s circadian rhythms and serve as a bull’s-eye for the Gauntwings, who cannot hear or smell, and hunt their prey using only their hyperdeveloped sense of sight. The only way to evade the Gauntwings is to live your life in total darkness.

My child is also afraid of the drain. Is that normal?

I am going to assume you mean the Drain of Ga, and yes, it’s normal for her to be afraid of it. After all, it’s a giant, swirling portal in the sky that looks like a screaming mouth. Ever since it first replaced the sun last week, it has been growing in size and anger. Nobody knows where it came from or what’s going on with it. It’s terrifying.

When my daughter gets upset about monsters, my husband makes jokes to try to cheer her up. I am worried that he is making the problem worse. What do you think?

Your husband is probably a monster. Drug him at dinner, and when he’s unconscious, strip his body naked. If he’s been “husked,” he will have the Mark of Corthar on his chest (see link). If he has the mark, cut off his head.

How long will this phase last?

Experts agree that the Age of Monsters is just getting started. There is no end in sight. This is simply the “new normal,” and we all have to accept it.

What do I do if I’m feeling overwhelmed?

Don’t beat yourself up about it. In these scary haunted times, it’s normal to occasionally feel stressed. If possible, try to carve out some daily “me” time. Maybe it’s a glass of wine in the bath while your daughter watches an educational cartoon in the next room? Maybe it’s a full bottle of whiskey on the roof while you fire your shotgun at the sky, screaming at the monsters to “just kill me already”? Regardless, it’s important to do what you can to manage your anxiety. Otherwise, you might end up “modeling” nervous behavior for your child, which could in turn cause her to experience stress of her own.

Or maybe you should just be straight with her.

What do you mean?

Maybe, when your child asks if something’s wrong, you should just tell her the truth: “Yes. Something is very wrong. Monsters are real and they are out there everywhere, trying to kill us.”

Won’t that freak her out?

She’s freaked out already. And she should be. The world as we know it is over, and it’s never coming back.

So, what are you saying? What am I supposed to do? Just give up?

You could give up.

Or you could fight.

What are you talking about?

I’m talking about taking those monster bastards down.

Maybe. But isn’t it worth a shot? Isn’t it better than just sitting there, waiting to die?

I know. But you’re stronger than you think. You can do this.

Research the monsters. Learn their weaknesses. Develop a strategy. Stockpile weapons. Train obsessively. Strengthen your body and your mind.

When the moment comes, look your child in the eye. Tell her that the stakes are high, but you’re not giving up. Tell her that you will do anything you can to protect her, and even though it’s possible you’ll fail, you’re going to fight for her with everything you’ve got. Tell her, “If these motherfucking monsters think that they can fuck with my family without me shooting them first in the face, they need to get their heads examined, because I’m going to come at them so fucking hard right now.” Watch the strength return to your child as she sees you’re in no way fucking around. Listen with pride as she vows to fight the monsters by your side. Look out the window and stare down the monsters together. Dare them to fuck with your family. Dare them to fuck with the people that you love. Take your child by the hand. Arm her to the teeth. Tell her you love her. Open the door.

Excerpted from the book New Teeth by Simon Rich and originally published in the New Yorker. Copyright © 2021 by Simon Rich. Reprinted with permission of Little, Brown and Company. All rights reserved. 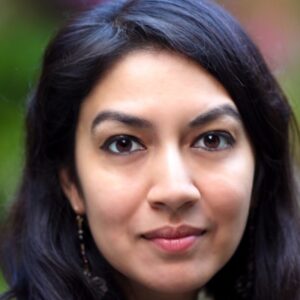 Tahmima Anam on the Marriage of Rom-Com and Satire This week on The Maris Review, Tahmima Anam joins Maris Kreizman to discuss her new book, The Startup Wife, out now from...
© LitHub
Back to top