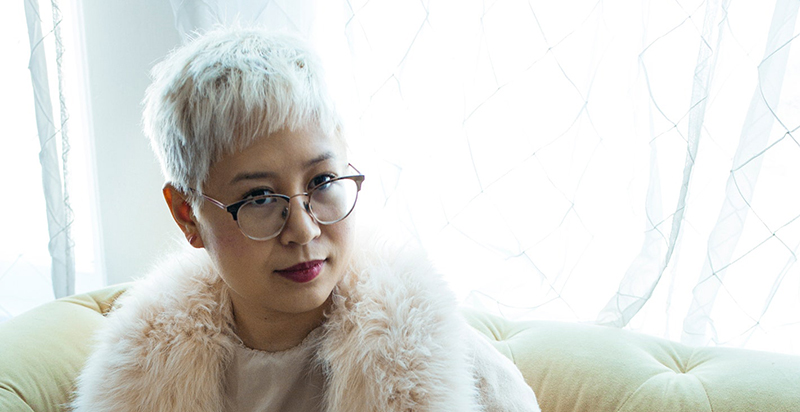 This week on The Maris Review, Esmé Weijun Wang joins Maris Kreizman to discuss her latest book, The Collected Schizophrenias, out now from Graywolf Press.

On why her style is important in relation to her illness:

Esmé Weijun Wang: That’s something that I talk a lot about in the book, the way that appearance makes itself a part of the way my confidence expresses itself and how that all aligns with stigma. Something that I talk a lot about is how schizophrenia—particularly schizoaffective disorder, which is my primary diagnosis—carries a certain kind of stigma that’s different from, say, depression or anxiety and how people are afraid of people with schizophrenia and schizoaffective disorder and how I tried to defend myself from that fear by looking particularly put together. Even when I’m in the depths of psychosis, even when I’m doing really badly, I do try to look as put together and presentable as possible. I do realize that this is in some way a form of respectability politics, but I do engage in that, and, you know, aside from that, I do just like to dress up.

On trying to gain control over her illness:

Esmé Weijun Wang: I think when you have any kind of illness—because so many illnesses are so unpredictable—any kind of control or any kind of predictability becomes something that’s really treasured. One thing that I mention in the book that is unrelated to schizoaffective disorder is this kind of mysterious physical ailment that I developed a number of years ago. When I was figuring out my flares and when I would become more sick or less sick, I would create these graphs and charts. I would align them to things like moon phases and trial period, all these things that I would try to figure out. Do I become more sick when when the moon is full or when I’m closer to my period? It helps to have some idea of control or to think that you may be able to predict things when you’re sick because it is so inexplicable most the time. Unfortunately, so much of life is uncontrollable.

On being sucked into the world of fiction:

Esmé Weijun Wang: I was going through this phase with my psychosis and pre-psychosis where I would slip into these other worlds whenever I was engaging in fiction. Even if I’m not psychotic, if I’m feeling particularly permeable, if I’m reading a book or listening to an audiobook or watching a movie, it’s very easy for me to feel like I’m literally in that world. So when I was psychotic, I was told by my psychiatrist actually not to read fiction because I was so easily sucked into these worlds. I would believe that I was actually a character from that book and I would really lose my grip on reality. Yet I was struggling so much with my brain and what was going on in my real life that I chose quite deliberately to read Marilynne Robinson and to listen to these audiobooks of Marilynne Robinson, because I really didn’t care, and I really didn’t mind if I thought that I was a part of this world because I thought it was such a nice world.

Esmé Weijun Wang is the author of The Border of Paradise. She received the Whiting Award in 2018 and was named one of Granta’s Best of Young American Novelists of 2017. Her latest collection, The Collected Schizophrenias, received the Graywolf Nonfiction Prize. 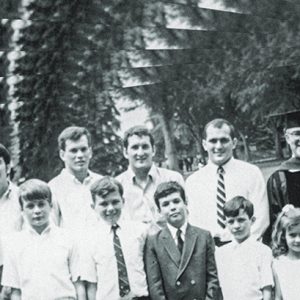 The Galvins looked like the manifestation of the post-World War II American Dream. Hard work. Upward mobility. A handsome,...
© LitHub
Back to top