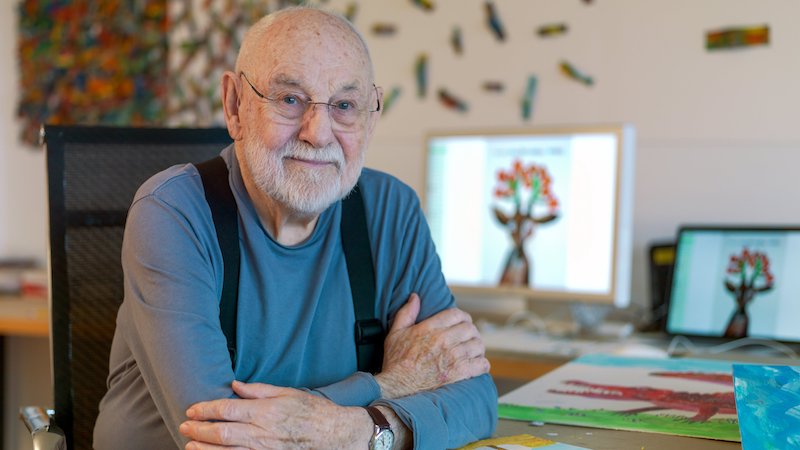 Eric Carle, author and illustrator of The Very Hungry Caterpillar, has died at 91.

On Wednesday, the family of Eric Carle announced that the beloved author and illustrator died this week, in Northampton, Massachusetts, at the age of 91.

Carle was, of course, best known for his 1969 classic The Very Hungry Caterpillar, which (after a slightly fraught publication journey) sold more than 55 million copies around the world, and was translated into more than 70 languages, since its original publication in 1969, The Times reports. (It also makes the New York Public Library’s list of their all-time most checked-out books.) It was only the most famous of over 70 books that Carle published in his lifetime, which sold over 170 million copies in total.

“Eric was a true artist until the end—creating drawings as recently as this spring,” the Carle family shared in a press release. “Eric’s last drawing series, created in his final years, include several with “50 cents” written onto the image. When asked about this choice, he said that “children should know they too can sell their artwork.” A child at heart, the secret to Eric’s incredible legacy as a creator of picture books lay in his intuitive understanding of young minds—their feelings and their inquisitiveness, their creativity, and their intellectual growth. Besides being beautiful and entertaining, his books always offer children the opportunity to learn something about the world around them and encourage them to engage as artists themselves.”

You can see some of the work Carle made in the last months of his life here. He will be missed.