Annie Ernaux’s biography as it is printed on the first page of Journal du dehors is, in a word, spare.

Nothing about her other books (six, at this point), about her family (“she has two sons”) or her prizes and honors (“and a Prix Renaudot”). And yet—like her work—it is packed with information, suggestions, implications. An entire tapestry of memories contained in two lines. All the stories Ernaux would tell in Une femme, her book on her mother, and La place, her book on her father, in Mémoire de Fille, and in her celebrated collective autobiography The Years, compacted into these few words about geography and profession.

These lines set Ernaux up as a resolute outsider to the Paris-centric French literary world. She is from Normandy; she lives in near, but not in, Paris. Then there is the ville nouvelle, the new town, which conjures up, depending on where you’re from and how much French cinema you’ve watched, suburbs, projects, urban theory, the films of Eric Rohmer. The ville nouvelle is a utopia made concrete. A chance to start over from scratch, do better, get it right.

What kind of living do these villes nouvelles make possible? Ernaux’s work answers this question in the way it attends to the passages between the satellite city—Cergy, in her case—and Paris. Rather than tracing her interior responses to the world around her, Ernaux, in her journaux extimes, or “extimate” journals, records bits and pieces of the outside world, people and moments glimpsed on the train, in front of train stations, in shopping centers, at the supermarket, as well as graffiti, advertisements, things read in newspapers and over other people’s shoulders; things that would otherwise get lost. These journals are woven from the threads of everyday life. A little girl’s obsessive insistence on reading the same story over and over. A woman is talking about the “Jewish minister who let all those people out of prison.” A man is trimming his nails: “He seems to have come into possession of a nailclipper for the first time. He seems insolently happy.”

Ernaux charts the tangible moments of everyday life gleaned from the most undramatic of outings.

Like the bits of rubbish Ernaux notices along the sides of the road—“A cookie wrapper a broken Coca-Cola bottle beer cans some newspapers […]”—these are bits of memory that perhaps don’t mean very much to anyone but in their very specificity and meaninglessness they are traces of being, of having been, in the world. Why note down all these people, these places these things? And yet what we note in our journals may speak as much about us as it does about the world. This is what Ernaux comes to understand in a belated preface to Journal de dehors: “I am sure, now, that we learn even more about ourselves when go out into world than in the introspection of the private diary.” That what we think of as the self is not contained within our minds and bodies but distributed across all the places we’ve been and all the people with whom we’ve crossed paths. And moreover, as Ernaux concludes in the last line of that book, “Doubtless I am, in the crowded streets and shops, a surrogate for other people’s lives.”

It is tempting to think about the suburbs in the category Marc Augé’s concept of the non-lieu, referring to the kinds of interchangeable places that people pass through without thinking much about them, like airports, hotel chains, malls, motorways. In the non-places, we don’t stop to reflect on who we are; we are too busy en route from point A to point B. It’s a term that seems invented to define the suburbs; and even if their defendants cite churches or synagogues, schools, or community centers as places where suburbanites can come together, creating and sustaining a feeling of community, having grown up frequenting these suburban spaces I can tell you they are not in practice any more personal, any less alienating and community-resistant than a Starbucks.

Augé’s book came out in April 1992; Ernaux’s book came out the following year, and it reads to me as a refutation of the theory of the non-lieu, or at least of suburban spaces as belonging under its heading. The ville nouvelle in only a non-lieu in the sense of its novelty; nothing there has existed before. “We wanted to be the first ones to build there,” wrote Bernard Hirsch, the engineer in charge of constructing the new town. This sense of participating in the making of a city appealed to Ernaux.

When I met her in her house in Cergy, Ernaux explained that this sense of newness is what attracted her to the suburb forty years ago. Having grown up working-class in the provinces, she felt ill-at-ease in Paris proper; to swap out her hometown for the elegant city would have been, paradoxically, to reproduce the same kind of village mentality, where everyone knows who you are, who your family is, who your grandparents were—or weren’t. “I prefer to be in a place which has no history, tat is no History with a capital H, with all the signs of the past that you find in old cities, the marks of power, the ornate architecture—there’s none of that here.“ She writes about this in her preface to Journal du dehors: Moving to a place which “came out of nowhere in a few years, deprived of memory, with buildings scattered across an immense territory of uncertain borders, was an overwhelming experience.” For people who’ve left their past behind, the suburbs can offer a welcoming blankness.

Plenty of people stay put in their suburbs, hardly ever going to Paris. (Bernard Hirsh told a journalist that their number one goal was “not to create a commuter town.”) Others—like Pascale Ogier in Les nuits de la pleine lune, and like Ernaux herself—can’t; whether for reasons personal or professional, they are continually on the move between these two worlds.

Writing would consist, then, of filling the void and the unnamable with things, by the inexhaustible inventory of reality in all its forms.

Like Rohmer’s heroine in L’Ami de mon amie, who pronounces that she is not made “pour la grande ville, ni pour la province,” Ernaux thrives on this suburban in-betweenness. Ernaux’s journaux extimes resist the negative charge of Henri Lefebvre’s assertion that in the suburbs, “daily life loses a dimension; all that remains is triviality.” The journal extime is a way to record something about how we live now, a means of tracking both one’s personal history as well as that of one’s era.

In 2012 and 2013 Ernaux would return to the journal format, specifically focusing on her experiences in the Auchan at the Trois-Fontaines shopping centre, a place that will be familiar to readers of the earlier journaux extimes. The social project begun in the earlier work continues: “People who have never set food in an hypermarché do not know the social reality of France today.” The everyday is punctuated by reports of tragic Events: a Turkish family in Mulhouse dies in a fire, bombs are falling on Sarajevo, and at Auchan the people push their trollies. In Perecquian terms, it is only the journalist—that is, the one who commits it all to her journal—who records the infra-ordinary. She lays bare the distance between the infra- and extraordinary, between people, between places, between social destinies and political systems, which in the space of the juxtaposition is no bigger than the space between two words.

“There is no hierarchy to our experience of the word,” Ernaux writes in Exteriors; “the hypermarché has as much to offer in the way of meaning and human truth as the concert hall.” Ernaux, the daughter of shopkeepers, knows very well that it is in “a certain way of looking at the contents of one’s shopping basket at the cash register, in the way you ask for a cut of beef, or appreciate a painting, that may be read all our desires and frustrations, and sociocultural inequities.”

With this, Ernaux reveals the common purpose she shares with Georges Perec. In her essay in the 2016 Cahier de L’Herne devoted to Perec’s work, Ernaux declares that discovering Perec while reading Les Choses “was a major inflexion point in the way I understood writing. Or more precisely, [a widening] of the field of possibility for writing.” The way Perec attempts to give form to the void, to write the unspeakable, to leave a trace in writing of those who are gone—I could say exactly the same of Annie Ernaux’s work. For Perec, Ernaux writes, and, by implication, for Ernaux as well:

Writing would consist, then, of filling the void and the unnamable with things, by the inexhaustible inventory of reality in all its forms. To fill the initial gap of childhood with the avalanche of 480 personal and collective memories, of trivial facts, without meaning, this litany of “I remembers” accessible to everyone’s memories. To enumerate and classify the insignificant, the “infra-ordinary,” to list objects, recipes, dream narratives, postcards, to make an index of figures of speech and the buildings on a street.

“Nothing,” she concluded, “in Perec’s work is foreign to my own compositional preoccupations.” Ernaux came to believe that the only way to write about her family and her background without betraying them, as a defector to the middle class, “was to build up the reality of this life and this class through precise facts, overheard speech, the values of an era.” Borrowing from Perec’s idea of the infra-ordinary—what happens when nothing happens—Ernaux charts the tangible moments of everyday life gleaned from the most undramatic of outings, on the RER, to the supermarket, to the mall. Ernaux’s work has often been called ethnographic, impersonal, even affectless in its restraint; but it is in the journaux extimes that we have the best evidence of how this apparent ethnographic project is actually an intensely focused project of memory, accessed from the present as it is remade moment to moment. There is nothing more personal, and nothing more—to borrow one of Ernaux’s terms—transpersonal.

All writers are the descendants of those whose work they’ve loved, even, as Ernaux points out in her essay on Perec, when these people are your contemporaries. My own work is very much inscribed in the lineage of Perec and Ernaux; without them I would not have attempted to write a feminist book about urban walking, or published a journal extime of my own, documenting the banal, transcendent moments of humanity glimpsed on a bus commute. Writing after Perec, and Ernaux, and even after Rohmer, is a project of participating in collective memory.

Nothing, in Ernaux’s work, is foreign to my own compositional preoccupations.

This piece was originally commissioned in French for the Cahier de l’Herne devoted to Ernaux’s work, edited by Pierre-Louis Fort, to be published in 2022. 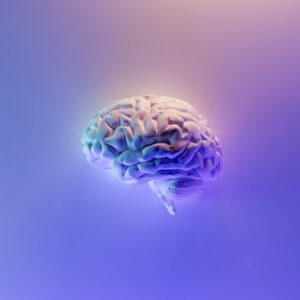 We spend our day-to-day lives trying to keep up the charade of being acceptable human beings. We have come to tolerate the estranged...
© LitHub
Back to top