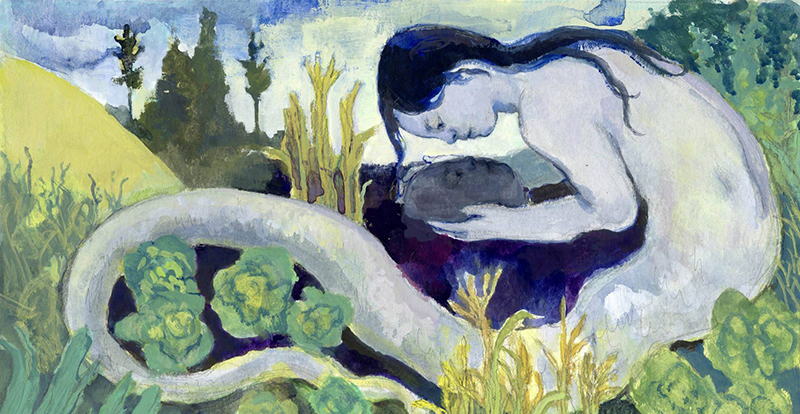 From her own backyard compost pile in Oregon to the dark earths of the Amazon and Liberia, Emma Marris explores the possibility that there is more to our ancient kinship with soil than nutrient extraction.

I walk out of my house, into my backyard, grab a stick, and dig at a patch of bare earth near my compost bin. I fill my hands, bring the soil to my nose, and inhale.

Much of what I smell is geosmin—from the Greek γεω- “earth” and ὀσμή “smell”—a compound produced by soil-dwelling microbes called actinobacteria. It is the smell of fresh, fluffy compost or well-tended garden soil, that musky, metallic, fresh-blood-and-old-leaves smell of beets and potatoes and root cellars—the smell of fertility, possibility. Humans are attuned to the smell; we can recognize it at concentrations below 10 parts per trillion. When rain falls on dry soil, it is kicked up into the air as a component of the electrifying scent known as petrichor, another Greek word, from petra (πέτρα), “stone,” and īchōr (ἰχώρ), the blood-sap that flows through gods’ veins. The smell has been shown to slow our brain waves, producing a calming, grounded feeling.

Fruit flies detect geosmin at high concentrations, using a single dedicated olfactory receptor called Or56a by scientists. They avoid it assiduously, because it is produced by molds on rotting fruit—molds that can be toxic to them. And that could be the reason we smell it so well too. A very strong geosmin scent can smell musty and moldy and deter us from eating food or drinking water that might make us very ill indeed. But a lower concentration could also signal the presence of water—since rain brings it out of soil as petrichor—or lush, fertile places. No one really knows.

Women react to the smell more strongly than men, on average. Women have a better sense of smell in general and are more attuned to odor, but it is hard to resist finding a deep, mythic meaning in our strong reaction to geosmin. In almost every culture, after all, Earth is female: Mother Earth, Gaia, Pachamama, Terra, Prithvi—goddesses who, like the soil, have the power to create new life.

So I breathe in my geosmin, a bit like the oracle at Delphi breathing in mysterious fumes from a crack in the earth before divining. I invoke a muse, choosing Polyhymnia, the muse of sacred poetry, as well as agriculture, born of Mnemosyne, goddess of memory and remembrance. Soil is the soul of agriculture, and although profane matters have often been disparaged as “earthly” by Christians, it is impossible for the mystery of earth to be properly described using an entirely secular approach. Soil is the womb and the tomb, the stuff of life and death, in which death is transformed into life. And if that isn’t sacred, I don’t know what is. Only Polyhymnia, with her serious eyes, will do.

So speak, O Muse, and tell us of our birth.

Emma Marris is a writer based in Klamath Falls, Oregon. Her stories have appeared in National Geographic, the New York Times, the Atlantic, Wired, Outside, High Country News, and Nature. Her book Rambunctious Garden looks at how conservation is changing in the Anthropocene. Her forthcoming book Wild Souls will explore human relationships with wild animals in a changing world. 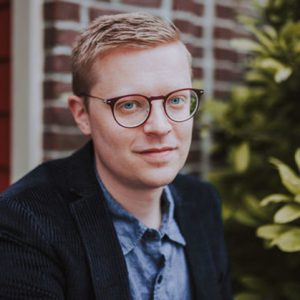