Or, How I Learned to Stop Worrying and Love the List

For most of my life, I didn’t want to call myself a writer. Not when I was a kid, scribbling at night in my notebook, writing stories about dogs with wings, or changing the endings of Disney films (what if Princess Jasmine just ran off with her tiger?). Not when I was a teenager, trying my hand at thinly-veiled satires of my parents and friends. Not when I was in college, taking workshop after workshop, talking myself into an independent study with a novelist I admired, amassing copies of The Paris Review and taking copious notes, writing for and editing two different campus publications.

The problem with me was that I loved books so much that I thought being a writer was basically the best and most important thing anyone could possibly be. I considered Writing to be a magical, elevated calling—and had decided, in some deep and inaccessible place, that only Nabokovian geniuses and Morrisonian stylists and Plathian poets should be allowed to claim that lofty mantle.

Don’t worry: I was cured of this lame and romantic notion as soon as I left college. The agent of my healing? Yes, you guessed it: it was the horrible, glorious internet.

A few months after graduation, I moved to New York City, where I had been offered an internship at a website called Flavorwire, the blog arm of a cultural event listings site—and remarkably I was paid for my work, which in 2009 wasn’t yet the norm for interns. If I remember correctly, my first big hit was a short, snarky item about the Weezer snuggie, which Rivers Cuomo himself retweeted, despite the fact that I had photoshopped an enormous cartoon tear onto his face, for some reason. Thus began my tenure of writing for the internet—one that, as you can see, continues to this day.

“The list doesn’t destroy culture; it creates it. Wherever you look in cultural history, you will find lists.”

Once I was hired full time at Flavorwire, I was tasked with publishing at least three features a day. I used to worry that if I ever published a novel, someone would dig up my oldest, dumbest internet articles, the ones I wrote during that time; these have headlines like “Arresting Photos of Children Trapped in Boxes” [ed. note: Google it yourself] and “25 Vintage Photos of Librarians Being Awesome.” (The fact that plenty of famous writers, including F. Scott Fitzgerald and Don DeLillo, spent time as copywriters did not soothe me—their enemies, after all, didn’t have Google.) Now that I’ve brought it up, that’s more likely to happen, but I’ve made my peace with it. It was a living, after all.

In fact, now I feel immensely grateful for the quota that pushed me to write so many frivolous articles. That quota taught me an important skill, one without which I don’t think I would ever have been able to finish the first draft of my novel. The quota taught me to let go, to jump in, to start writing, and to keep writing until I was done. In college, I agonized over sentences, stared longingly at blank pages, wrote and rewrote the same stories until every line was a precious jewel. I could not do that anymore. I had to produce. I had to write often, and I had to write quickly, and I had to smash that “publish” button even on imperfect work. By the end, I wouldn’t even read something once I’d written it. I just wrote it, published it, and moved on. Which sometimes led to some pretty bad internet articles—but even so, every day I got better, and faster.

Look: I still agonize over my sentences—in my second (and third and thirteenth) drafts. But my first drafts? I write them like Flavorwire articles. I get them down, out, away, so there’s something to work with. I write my first drafts like I have a quota to fill and three hours before lunch. That is how I wrote the first draft of my debut novel, The Lightness: as if I was going to get in trouble if I didn’t get to the end.

The other thing that writing for the internet did for me? It made me admit that I was a writer. Someone pointed it out to me once, after they’d introduced me as a writer and I’d shaken my head shyly. I was a professional writer. Sure, some of what I wrote was silly. But some of it was good. And I got a salary to do it. Turns out I didn’t have to be Nabokov after all.

In fact, as much as it hurts me to say so, I may be the opposite of Nabokov, that snob, considering that (as you may know if you are a frequent visitor to this site) I ultimately found my niche in the most derided, mocked, and secretly beloved realm of internet writing: the listicle. But this too has influenced my fiction writing, or at least my first novel—for good or for ill. Personally, I think it’s for good. I love lists in literature; I find them ecstatic. I am not the first writer to say so, though I may be the first one to have made a career out of listmaking. I have made lists of literature, I have made lists of literary lists, I have made lists of reasons you should not be mad about literary lists of literature on the internet. Lists are great. Consider Christopher Smart’s poetic fragment about his cat Jeoffry. Or the feelings of Umberto Eco, who said:

The list doesn’t destroy culture; it creates it. Wherever you look in cultural history, you will find lists. In fact, there is a dizzying array: lists of saints, armies and medicinal plants, or of treasures and book titles. Think of the nature collections of the 16th century. My novels, by the way, are full of lists . . . We have a limit, a very discouraging, humiliating limit: death. That’s why we like all the things that we assume have no limits and, therefore, no end. It’s a way of escaping thoughts about death. We like lists because we don’t want to die.

My novel is, of course, full of lists. There are lists of observations, of rumors, of possibilities, of secrets. The list is the first tool I reach for when I’m trying to express something basically inexpressible, which is what writing novels is really about.

Finally, I’ll just say this: writing about books on the internet for over a decade has forced me to read quite a lot of them, and there is nothing, nothing better for your writing than reading widely, deeply, and as strangely as you can. I probably would have done this anyway, to some extent, but perhaps with less intent. Maybe if I were a neuroscientist (my other idea) I wouldn’t have the time. Probably if I were a neuroscientist I would never have written a novel. But then I’d still be afraid of Nabokov. 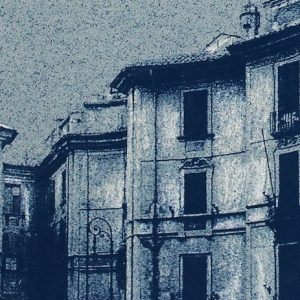 Short stories by contemporary Italian writers are hard to come across and almost none of them make it across the Atlantic....
© LitHub
Back to top