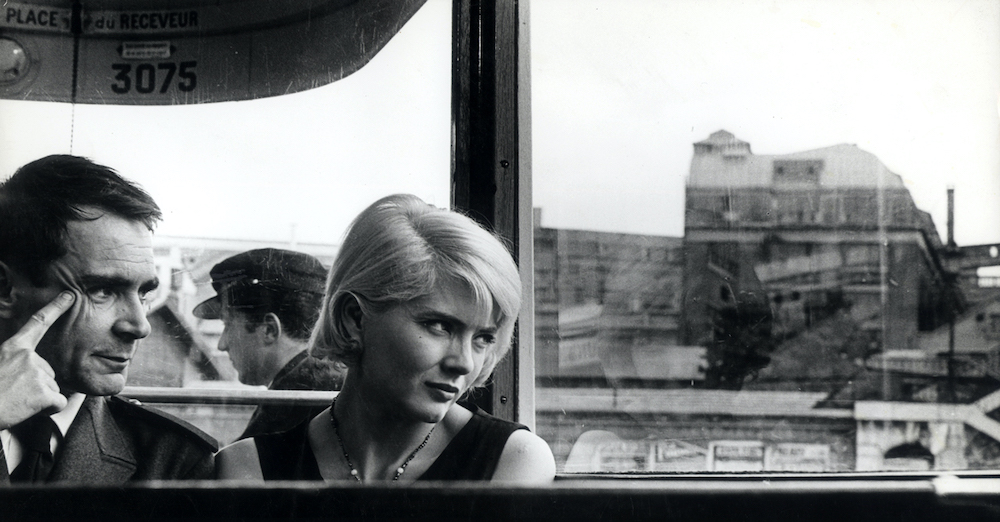 The summer after college I discovered that my father had a second family, one he’d kept hidden from my mother and me. I learned that I had one younger half-brother and another on the way. My father was gone for most of that summer, and I found myself alone in his small apartment in the sixth arrondissement of Paris. It was a strange, foreign space, though filled with familiar items and furniture: Two leather couches scratched by a cat that now lived with my mother, my old desk in the spare bedroom, its surface bare.

The apartment was a stone’s throw from the picturesque Jardin du Luxembourg. I could see the park from the living room windows, trees spilling their lush summer foliage over the spiked gates. Most of the time I stayed indoors and avoided seeing anyone. I walked through the rooms, touching surfaces, and sat in the kitchen for hours on end, listening to children play in the courtyard next door.

I began to feel a tingling lightness in this apartment. As the weeks went by and I moved between tears and relief, I grew attached to the space in a way I’d never felt with other homes, even though I knew this one was temporary. I wondered whether the affair had been a weight each of us unconsciously carried, and it was lifting at last. Perhaps I had needed the confines of this in-between space, strewn with our belongings, to mourn our family unit.

The following year I began writing my first novel, The Margot Affair. The narrator, Margot, is the hidden daughter of an affair between an actress and a married man, a politician with presidential ambitions. Much of the novel takes place inside the Parisian apartment where Margot lives with her mother, awaiting visits from her father. A shelter from the public gaze, the apartment is the sole space where Margot and her parents can openly spend time together. It also serves as a reminder of the great precautions they must take to preserve their secret.

As I wrote, I was inspired by French films that depicted characters in solitude, especially those for whom the despair of being alone coincided with a desire for freedom. I was drawn to the ambiguity in these portrayals. I had investigated this in my novel with Margot’s desire to shatter the intimacy of her home as a way to gain legitimacy and recognition, and I’d experienced it in the comfort and anguish of staying in my father’s apartment alone—the heaviness of seeing how his choices had forever changed our family; the lightness of secrets set loose.

I was inspired by these ephemeral, intense moments of physical release combined with the jarring nature of grief.

I’ve returned to these French films as I sit in my apartment today, remembering life before quarantine and knowing that it won’t be the same on the other side. Here are three of my favorite ones, where being alone and seeking freedom collide to remarkable results.

When I first watched Three Colors: Blue, I loved it for Juliette Binoche’s arresting performance, her perfect control of emotion. Binoche plays Julie, a 33-year-old woman who loses her famous composer husband and young daughter in a car accident. After their deaths, she decides to shed her past, wanting to erase her previous identity. She empties their house, takes her maiden name, and moves to an anonymous apartment. When the real estate agent asks what she does for a living, she says “nothing.” The apartment remains minimally furnished.

Binoche is the heart of this film; the camera follows her very closely. We see grief contained just beneath the surface of her face, threatening to break through. Will she smile, provide a smart quip, look away, or cry? She is often alone, but even then, we rarely see bursts of emotion. Rather, in her aloneness, we are privy to small instances of pleasure as she explores the freedom of shedding a former self. She sits on a bench, eyes closed, and face turned to the sun. Whenever she dives into the public pool and water streams over her, we imagine a rebirth.

For my novel, I was inspired by these ephemeral, intense moments of physical release combined with the jarring nature of grief. I saw this in my narrator, Margot, as she encounters the exhilaration of being freed from a burdensome secret while grieving the loss of a parent. I hoped to capture this tension through sensory details and textured descriptions as Margot oscillates between loss and the excitement of self-discovery.

Director Krzysztof Kieślowski brilliantly represents this with Julie. After her husband’s death, she uncovers secrets and also reveals a secret of her own. And so, the solitary path she’s chosen seems to be more than an escape—maybe a movement towards selfhood. It’s a fragile balance, though, threatened by memories of the accident. They blast through her monastic life in the form of her husband’s unfinished composition, and we are reminded that grief stubbornly clings to us. But for Julie, any possibility of healing or staying alive requires a severing from her previous life, a period of complete isolation, perhaps simply to acknowledge that one can never return to life as it was.

Amour is also about grief, but of a different kind: witnessing the slow death of someone you love. Anne and Georges, both former musicians, are a married couple in their eighties. Most of the film, aside from one scene, takes place within their apartment. It’s grand and beautiful with a spacious entrance, high ceilings, double doors, and a narrow kitchen where they eat all their meals. Early on, Anne has a stroke and returns from the hospital with the right side of her body paralyzed. Georges vows to care for her at home. As her health deteriorates, Anne goes from being wheelchair bound to bedridden, and eventually loses the ability to speak.

I often returned to their apartment as a space that beautifully embodies their intimacy—the shelves bursting with books, the sagging armchairs where they sit across from each other, the walls crowded with artwork collected over the course of a lifetime. From the beginning I sensed that Anne and Georges have always lived a hermetic existence, not needing much beyond music and their love for each other. It becomes an increasingly private, hidden life as they withdraw from the outside world. In order to preserve Anne’s dignity, Georges feels he has no other remedy than to shut the doors. Even their daughter is kept at a distance.

I was most excited by Cléo’s mounting desire for autonomy.

In my novel, I hoped to create an enclosed space with Margot and her mother’s apartment. Her father visits occasionally and because of his long absences, his imprints are all the more salient. In one scene, Margot surveys her apartment and lists the items belonging to him, realizing how few there are. I also wanted the space to symbolize the mother-daughter relationship—a container that is stifling, intimate, and loving. The apartment is a place Margot escapes and returns to, echoing the complicated love she feels for her mother.

Similarly, although Amour might sound like a depressing portrait of a solitary ending, it is at its core, as the title suggests, a love story. Cutting through the bleakness is an unbearable tenderness, embodied in the stunning performances of Emmanuelle Riva and Jean-Louis Trintignant. I’ve come to believe that much of this tenderness is made possible by the confined setting. Perhaps we need the seclusion of their apartment, without the clutter of family and friends, to experience the great love that ties them together. For it is this intense bond and their insular life that ultimately offers Anne her freedom.

Unlike Amour, Agnès Varda’s second feature film, Cléo from 5 to 7 takes place mostly outdoors in the streets of Paris. We spend two hours with Cléo, a young singer, as she waits for the results of a biopsy. She’s presented as childish and frivolous, often pausing to stare at her reflection, coddled by Angèle, a maternal figure who accompanies her everywhere. Her lover flits in and out, not even removing his shoes when he sits on her bed.

I was most excited by Cléo’s mounting desire for autonomy. In a sense, her trajectory resembles a coming-of-age. A third of the way in, she takes charge of her life by interrupting a rehearsal. She removes her wig and puts on a black dress as though preparing for her funeral. Afraid she might die soon from cancer and frustrated that she isn’t taken seriously, she leaves her musicians mid-song and steps out onto the street, alone. It may seem like a small act, but it’s a significant one in Cléo’s path towards selfhood.

This scene marks the beginning of a change in our heroine. It’s liberating to witness Cléo take those first steps. She’s a bit shaky in this newfound solitude, glancing around and noticing the stares of strangers. While the act of walking alone makes her feel vulnerable, it also confers her agency. I thought about this transformation as I wrote my own character’s coming-of-age. Like Cléo, she must learn to overcome her fears.

In the last section, Cléo dances and sings on the steps of Parc Montsouris. I loved the exuberance of her performance—both playful and tender. How far she’s come from the fragile woman in the first scene, terrified of her own mortality! She meets a soldier on leave from Algeria. They converse and grow close. At the end, she tells him: It seems that I am no longer afraid. I wondered if this ending was too tidy in its suggestion that romance is necessary for Cléo’s path to self-awareness. But my sense is that their relationship remains a brief encounter. He has a train to catch, and I imagine Cléo leaving the Gare de Lyon on her own. I’m hopeful that she walks away with a confident stride, no longer bound to the opinions and superstitions of others. In the final scene of my novel, I hoped the same for Margot—if she is no longer afraid, it is through her own doing. 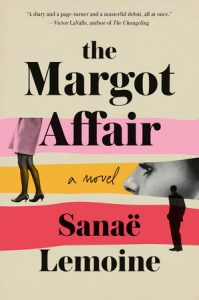 The Margot Affair by Sanaë Lemoine is available now via Hogarth.

Sanaë Lemoine is the author of The Margot Affair and a 2022 National Endowment for the Arts fellow. She received her MFA in fiction at Columbia University. She lives in Brooklyn. 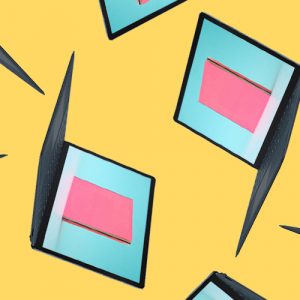 For most of my life, I didn't want to call myself a writer. Not when I was a kid, scribbling at night in my notebook, writing...
© LitHub
Back to top
Loading Comments...