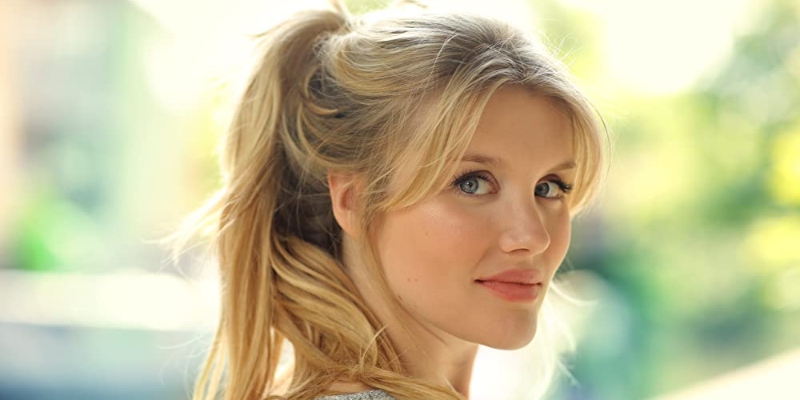 In Conversation with Gemma Cairney at the Hay Fest Winter Weekend

The 2021 Hay Fest Winter Weekend hosts an evening with the Oscar-winning writer, director, and actor Emerald Fennell as she discusses the complementary crafts of writing and performing. In April 2021, she won the Academy Award for best original screenplay (the first British woman to win since it was established in its current form in 1958) with her film Promising Young Woman. She earned two Primetime Emmy Award nominations as a writer on the BBC thriller series Killing Eve. She is known, too, for playing Patsy in BBC’s Call the Midwife and Camilla Parker-Bowles in Netflix’s The Crown. In May, Fennell received the 2021 Hay Festival Medal for Drama. She talks to the radio and TV presenter Gemma Cairney.

*
On the subversiveness of Promising Young Woman:

I realized after the fact that it had been maybe a bit more subversive than I’d expected. People kept calling it provocative, and I sort of balked at that a little bit because I think the thing about being a provocateur is you’re just throwing bombs willy nilly. Whereas this was everyone I know’s life. The thing I kept saying to people was there’s nothing in this film that every person I know has not discussed, sort of had to laugh off. It’s nothing that wasn’t in mainstream comedy movies and TV all the time, even up to just a few years ago. Particularly the wonderful actors who played the men in the film, I kept saying, you’re not a monster, or at least you don’t think you are. You are the gorgeous lead of a romantic comedy who takes a drunk girl home, you guys sleep together, you wake up in the morning and you have brunch and you shoot the shit for two days and it’s amazing and you fall in love.

Because that’s how so many films start. And at no point do any of us go, should he have taken that girl home, who couldn’t remember as they fell into the apartment? I had to constantly remind people, just because of the context of the film, that every individual thing that happens is completely commonplace. And I think a lot of people found that very distressing because a lot of people—particularly men, but not exclusively—just didn’t believe it was this common.

I suppose I had an advantage in that I hadn’t made a film before, and so I was making the kind of film that I wanted to watch, which meant it had Paris Hilton on the soundtrack and Britney Spears, and it was colorful, and her clothes were—you know, I don’t know any young woman who doesn’t know expertly how to communicate through her clothes. And so to think of clothes or pop music, particularly female-led pop music, as frivolous, is really foolish—and useful to me, I suppose, because it means that people write you off. They don’t see how you can be a very serious and frightening person with multicolored nails and a fluffy pink jumper and listening to Britney Spears. That doesn’t mean you couldn’t knife someone in the throat if you wanted to. And in fact, it’s quite an excellent disguise.

It’s just reminding people that we can have all these conversations in any way that we want to, and it can look any way we want it to. To make a serious film, it doesn’t have to be black and white, and it doesn’t have to have subtitles, and it doesn’t have to be lots of men in raincoats in a room, smoking, talking about the war. All those films are great, and I love them, but I do think we’ve got such a specific idea of what constitutes “important” works. For me, the joy of making the film, we all had a shared endeavor, which was like, we know what this looks and feels like, but it is something different. Trust us.

*
On sparking conversation with art:

If you discuss anything like this, you’re expected to have a thesis or to be an expert. And I think what is really important is saying, “I don’t know. I find this troubling and frightening, and I want to talk about it. What do you think?” So many people came up to me afterwards and said it was the first time they’d had a conversation with their dads or their friends, or it was the first time they’d thought back over something they knew wasn’t right, but at the time everyone kind of laughed off or it was their fault. And I think that’s the thing—it’s just talking. Any method, anything you can do to talk about this stuff has got to be good. I had to come to terms quite early on with the fact that I could never possibly represent everyone’s experience, and to try to would be impossible. But if it rings true to some people or makes other people want to have a conversation, then that’s a wonderful thing.

*
On writing as wish fulfillment and anxiety-management:

In terms of imagination, I definitely think I’ve always lived in a parallel universe. When I was a child, I was the thing that all children are—you’re the queen of a fairy realm or queen of the underground, mostly queens. And it just kind of developed into adulthood. It is really important for me to know that I can go and live in the other world. Patricia Highsmith, she wrote so many murder books, and she said she wrote it so she didn’t do it. And I think there’s a certain truth to that. Often things will come for me from a kind of wish fulfillment.

In a weird way, you can’t help what you think or what you imagine. I suppose I’m a catastrophic thinker, so I suppose it is a kind of therapy, because a lot of the time I tend to write horror because I think about that stuff all the time. There’s just not a moment that goes by where I’m not thinking, someone’s going to fall off that ledge, that light is going to fall on your head. And so partly it’s managing those weird little anxieties.

*
On the pressure of writing after winning an Oscar:

It’s a kind of weird one. Sometimes you’re like, oh, but the pressure’s just in your head. What was so wonderful and freeing about Promising Young Woman is we made a very low-budget film that we did not expect to become the thing it became. And so that was quite freeing. And now obviously, there are some expectations, whether they’re good or bad. But I also love writing, so I don’t mind. I’ve kind of just put it away. I feel like if people don’t like the next thing, that’s fair enough. I’ll be miserable, and I’ll never get over it, but it’s fine. It’s fine!

*
On not talking about her works in progress:

The one thing that the last couple of years has meant is that I decided I wouldn’t pitch ideas to people and then they would know everything about it before they read the script. I think the best way to go to a film is just to go and watch it and not really know much about it, so I feel like the writing and the development process should be that. With this script now, I just gave it to the people who are going to make it, but they knew nothing about it. Also, I just don’t like being bothered and I’m a real despot, so I just want to do it by myself.

It’s spoiled advice, because up till now I would always do it the normal way, because I couldn’t afford to write things on spec. But that’s what has changed for me is I can afford to do it now, and I do. I think if people want to write anything, particularly scripts, the best thing they can do—and it sounds like duh, but it’s true—is just write it. It’s so much better to just give people that thing. Give them the experience, not just the idea.

Priyanka Sacheti on the Complexities of Unbelonging 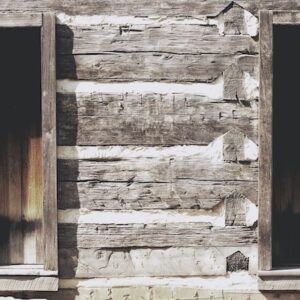 Quinn Sinclair’s husband was killed during the Civil War, leaving her alone but not helpless. Several years after the war,...
© LitHub
Back to top