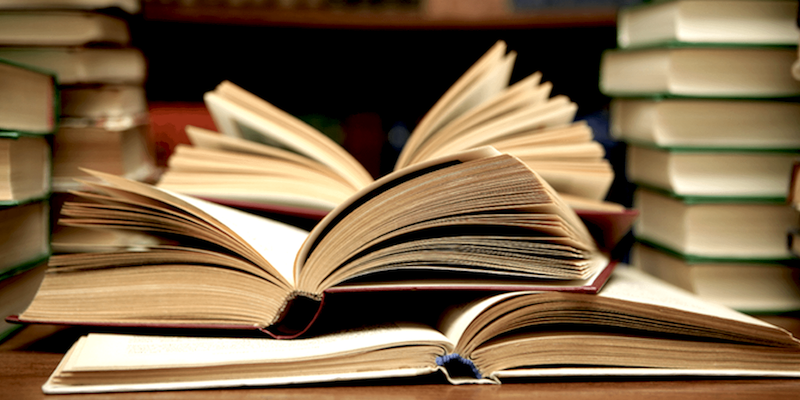 Elizabeth McCracken Traces the Life of a First Edition… Her Own

On the Books We Can Part With, and Those We Can’t

My first book was published quietly. By which I mean: the imprint that had bought it was by publication day shuttered; everyone I knew had left the company; my book—a collection of stories called Here’s Your Hat What’s Your Hurry—came into the world with the colophon of a ghost, the last of its kind. But it was published. I had a nice new editor at Random House proper who, when I met her, apologetically handed me my first review, which had just been faxed over. It called me “able.”

Later a publicist booked a reading for me in Iowa City but forgot to tell me. Myself, I was on Cape Cod. My friend Ann called to say, “Elizabeth, I’m in Iowa City and there are posters here with your name on them.” I put my mother on the case—it was 1993—and I drove like hell to Boston, stopping at payphones to check in on my mother, and at a Marshall’s to buy an outfit to read in, a yellow and red lurid flowered empire waist voluminous jumpsuit which still visits me in nightmares. I’d hoped it would like I was wearing a Gauguin painting, but I’m pretty sure I resembled a walking hassock.

The next day at the reading—broadcast on Iowa Public Radio, which is why the publishing house was willing to spring for a last-minute ticket—I began to cough, and was so sleepy that I decided to soldier through, and in this way I broadcast to the greater Iowa City listening audience nearly an hour of a hacking fit. A friend said to me afterwards, “That was… good?”

“I coughed,” I said, and he clutched his head and said, “Man, that was excruciating.”

Still, I had published a book. The object itself was lovely: a glossy jacket, mostly black, with a picture of window with two hands, one handing the other a hat. White chalkboard type. That colophon, a little tilted building. A quote on the back from Katherine Dunn, the only quote I received—my two prepublication reviews were not good to excerpt —but who needs the opinions of others when you have kind words from Katherine Dunn?

Three years later I published my second book, a novel. My original beloved editor came back to the publishing house to run a new imprint. I was sent on a small book tour of Cape Cod, where my novel took place. This was the first time I met them, the book dealers, men who showed up with bags of books for a writer to sign, the dust jackets folded into mylar covers. I’m a former public librarian; I have always loved a mylar cover, nearly to the level of kink. The dealers brought with them my new book, The Giant’s House, but they also had copies of Here’s Your Hat What’s Your Hurry. Hardcover; the book hadn’t made it into paperback, wouldn’t for some years.

“It’s a first edition,” the book dealers told me proudly, and I had to break it to them:  “They’re all first editions.”

Eventually I found out that my name had been listed in some book collectors’ newsletter as a good bet: a quietly published first book, and now a novel that had got a little attention. Some dealers wrote to ask if I had any extra copies I’d be willing to part with. I did: the book had gone out of print nearly instantly and my publisher had offered me cases on the cheap. Writers end up with too many copies of their own books the way some people end up with too many cats: it’s not healthy to have dozens, and dozens, and dozens, but if the choice is they’ll be destroyed or you take them in, what can you do?

I sold a few boxes, but I kept a lot, despite the fact that ordinarily I am not sentimental about books as objects: years of working in public libraries had rid me of it. People abused books all the time. You couldn’t care about them all. All collections must be weeded eventually. When I ran a circulation department, I kept donating books signed to me by other writers to the library book sale; my colleagues kept tenderly returning them to me. “You don’t want to lose this!” a colleague would say. “It’s made out to you!” Some of those books, I thought, I would have to put in a sack and drown in a river.

“It’s a first edition,” the book dealers told me proudly, and I had to break it to them:  “They’re all first editions.”

About my own books, though, I was not clear-eyed. I can’t remember what the top of the market for a first edition signed Here’s Your Hat What’s Your Hurry was—I want to say $200, but it could have been more—so perhaps deep down I thought I’d finally found a way to make money through my writing.

These days I think you can buy them for twenty bucks.

I stored much of my inventory of my first book in my parents’ basement, where they remained till my brother and I had to clean out the house in 2018, after our mother’s death; our father had died a few years before. I went on Twitter and offered copies of the book to strangers and mailed them off individually, and even so was left with several cartons, which I shipped to myself in Texas.

I’m not sure how many copies I currently own. Might be as many as forty, stacked in a closet. I still feel differently toward them than I do any other book of mine—I only mean the physical object, that black cover, the author photo taken by an Englishman who followed me around Philadelphia, where I’d been going to library school, mildly insulting my figure and fashion sense. That’s the expression on my face in the photo, cool irritation at a stranger. Deep down, I still believe those books are worth something. I have a hard time giving them up.

My brother and I hired a company that would hold an estate sale at our parents’ house and then clear out the leftovers. I attended the sale. There was a small stack of books of mine on the front porch. “Relative?” the guy running the sale asked. “Me,” I said. “Sign ‘em and we’ll charge a dollar more,” he said, so I did, standing in the driveway.

I’m not superstitious, which means I believe in absolutely everything. Was it a sign? I had written about my mother, and here was a reminder that I’d promised I never would.

Later that day, in the kitchen—he’d arranged them in a stack on the island—a woman pursed her lips and said, “Well, somebody liked Elizabeth McCracken.”

Those books were my parents’ copies, unsigned till the estate sale guy bade me sign them. I hate signing books. That is, I hate signing books to people I love. Usually I demure: I’m sentimental, but not on demand. Every single time, it’s the same thing, a blank page, a person I love, an utter inability to come up with the right words. How do you inscribe a book to your parents anyhow? Thank you for giving me life. I’m still mad about everything you said to me in eighth grade. Please try not to die before your time. With every good wish, Elizabeth.

No, not every single time. The first book is always different.

Some months after the estate sale, the cleanout, after writing a novel that is not about my mother, so I’m claiming, but is about somebody who is a lot like my mother, except my mother (ask anyone) was unlike anyone else ever—you do the math—in the very week I had finished writing that book, I got an Instagram message from a woman who’d been in one of those hotels decorated with old jacketless books, and she’d seen a title that caught her fancy which she thought she’d read. A naked book, but not anonymous: it had been inscribed, and the woman sent me a photo:

–whose life history I will continue to mine, but who will never—no matter what she or anybody else thinks—appear as a character in my work, being too good for the likes of me + my characters.

The occasion is the reason I’d signed this book only to her; the book came out in June, so this must have been one of my first finished copies and—I’m as certain as I can be—the first book I ever inscribed to anyone in my life.

I’m not superstitious, which means I believe in absolutely everything. Was it a sign? I had written about my mother, and here was a reminder that I’d promised I never would. How had it ended up in Baltimore? What were the chances that a nice person would pull down that very book and look at the dedication and decide to track down the author?

On the other hand, what better dedication, what better disclaimer: this book is a work of fiction. Any resemblance to real people, living or dead…

I asked the internet stranger if she’d mail me the book. She did. I love it more than any other copy in my collection. 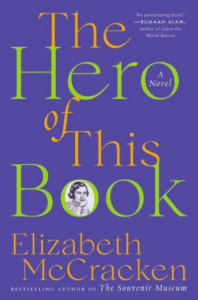 The Hero of This Book by Elizabeth McCracken is available now via Ecco. 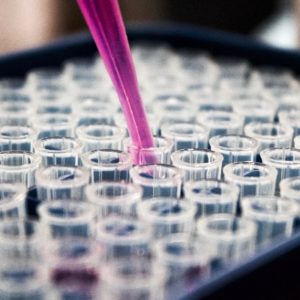 On the evening of December 30, Chinese virologist Zhengli Shi was in Shanghai attending a conference when her boss in Wuhan,...
© LitHub
Back to top
Loading Comments...