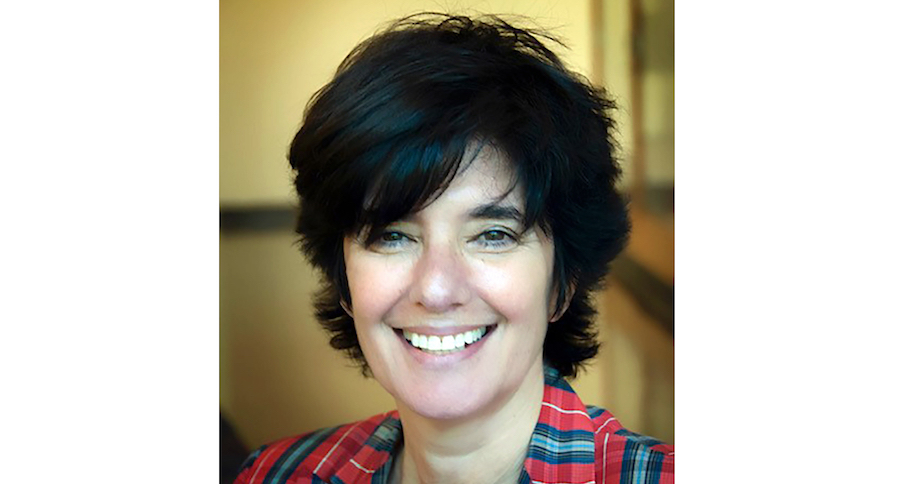 "Susan was always looking out for the safety and happiness
of those she loved."

I don’t believe in astrology but I believe in fate. I know exactly when I found out that I shared a birthday with Susan Kamil: our first in-person meeting, 1990, when I admired the extraordinary black leather jacket she was wearing, which had been a gift for her 40th birthday. I’d just turned 24. That was a good sign, back in the last century—the last millennium!—my new editor, my first editor, my editor: we had the same birthday. She’d just acquired a collection of short stories from me on the basis of four short stories that had been published nowhere. That’s how long ago it was. I can’t imagine such a thing happening now. My agent—my new agent, my first agent, Henry Dunow, still my agent—had a hunch we’d get along. He was right.

How long did I know her? More than half my life. She gave me my first pashmina, and my second. (Remember those?) She came to my wedding. She was the first person I ever heard of who consulted a pet psychic, for her depressed elderly cocker spaniel. It seems out of character but the dog had a problem she couldn’t figure out and she wanted to try to resolve it, so why not?

A lot of people love animals but Susan loved hers the way she loved human beings, entirely but worriedly, concerned about their inner lives, what they got up to during the day, both cats and dogs. I had a cat who was 80 percent loving, and 20 percent a biting menace. Susan, from afar, adored that cat. The biting spoke of complexity and backstory; it was what made Tiger an interesting character. Susan loved Tiger stories. She always asked after her, and whether I’d been bitten that day (the answer was always yes).

One of the first things I knew about Susan was that her mother had died when Susan was young. The loss was clearly enormous and still tender. It was as though she decided therefore that nobody she knew would ever want for affection and endearments and affirmations. She was a kveller and a hugger and an enthusiast, the only person I know who made the word sweetie sound sincere. She deployed it often, in a dozen different registers.

She was brilliant at bringing lofty notions down to earth without ever making them less beautiful, only ever more.

I hate the tendency to refer to powerful and fond women of 40 and older in maternal terms: there are many sorts of deep and true female affection that have nothing to do with mothering. Still, it cannot be denied that Susan was always looking out, worriedly, for the safety and happiness of those she loved, that she fussed over people in a motherly way, that she buttoned my coat for me more than once, and asked how I was getting home, and in restaurants regularly ordered extra things for me without my consultation because she was concerned I would choose wrong or go hungry—dessert, yes, but also creamed spinach and martinis—and when I was up for an award and we had to go to a fancy dinner and ceremony, she took me to her hair stylist for what is still by far the most expensive haircut I have ever had, partly as a treat but also because she wanted me to show up someplace looking for once as though I’d combed my hair.

I had another Jewish mother from birth, who was lovely but lackadaisical. Susan was never lackadaisical about anything.

What I remember about her editing: she could ask the right question every time. She could find the place I was being willfully obscure, or careless, or bored with myself, or abstract. She often made it sound as though it were her own failing—“I think I just don’t understand,” she’d say—when in fact of course she always understood everything. And when I got it, when I saw what I had done wrong, she gave her particular rapid-fire laugh.

She was brilliant at bringing lofty notions down to earth without ever making them less beautiful, only ever more. She liked to remind me of “the Softball Scene”: in my first novel, which was about the world’s tallest man, I wrote a scene in which he played softball. She thought it should go, because it had nothing to do with the rest of the book. So I revised it, over and over, until great revelations occurred on the softball field for no reason, declarations of love, deaths, injuries by pop flies. “Maybe it could be a short story,” she suggested. I pointed out that it was about the world’s tallest man and therefore it belonged here or nowhere. I tunneled into it, until at last I came out the other side and saw that she was right, it had nothing to do with anything, and all I had done was make more work for myself. As a publication gift she gave me a softball—signed by her, with love. “Remember the softball scene,” she would thereafter tell me when I was being stubborn about something. (She also once took a page of mine and circled every single instance of the word it and wordlessly showed it to me. It was as though she had taken an unflattering picture of me doing something reprehensible. I’m still not over it.)

Sometimes I sent her new work with the message, “I’m nervous! I hope you like it!”

She would respond, “You wrote it! How could I not?”

Well, she didn’t always. Like it, I mean. But that didn’t make that initial enthusiasm less real: she really loved her authors. In ourselves, we were always perfect. Geniuses. Like nobody else. On the page—well, that’s what editors are for, after all, to make it look as though those sentences were always meant to be that way.

We parted ways professionally for my last novel after four books and 27 years. It was bittersweet, but the right decision for both of us, and our professional separation didn’t dim our mutual love. My last email to her ended, “We will see each other again.”

I still have not accepted that this isn’t so, or that I cannot, today, Monday, September 16th, her 69th birthday and my 53rd, to wish her a happy our birthday. I don’t know specifically what kind of writer I would be without her but the technical term is worse.

Can Climate Fiction Be... Hopeful?

Helen Phillips on Her Dark Exploration of Motherhood 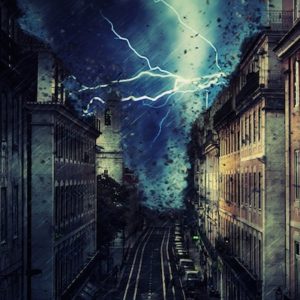 Can Climate Fiction Be... Hopeful?

Alex DiFrancesco's All City and Ashley Shelby's Muri both examine the repercussions of climate change in the lives of their...
© LitHub
Back to top