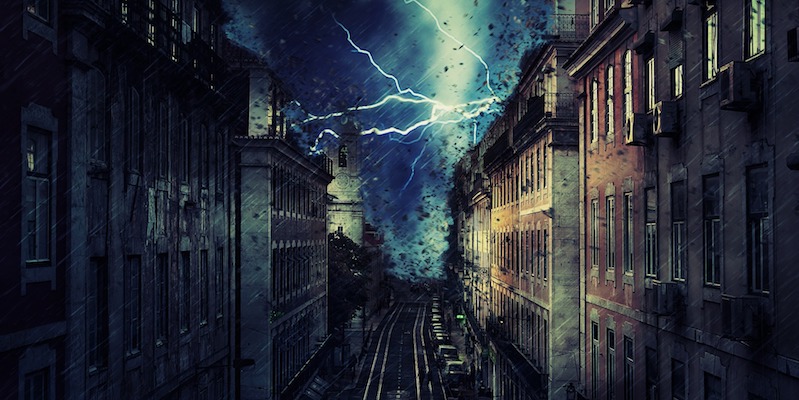 Can Climate Fiction Be… Hopeful?

Alex DiFrancesco’s All City and Ashley Shelby’s Muri both examine the repercussions of climate change in the lives of their characters. DiFrancesco and Shelby discussed the ways in which the climate crisis has affected their work, writing collective stories of survival, and what helps them move forward.

Alex DiFrancesco: In Muri, you use Melville’s Benito Cereno to tell a very modern story of climate change. What made you choose this approach?

Ashley Shelby: I’ve been working on a collection of short stories that are climate-impacted remixes of classic American short fiction, and Melville’s underappreciated masterpiece about a slave revolt on board a ship had something to say to me about the injustice of climate change. I’ve also been finding it difficult to give my own anxieties and fear a language. Recently, realism hasn’t been an adequate approach for me, and although the whole “talking polar bears take over a ship” is a big ask of the reader, the premise wouldn’t let me go. When I think of art as witness, I think of the characters in All City, who have nearly all been impacted by climate crisis but who not only survive but also create community. What does the idea of hope mean to you, Alex?

AD: Murakami is the main writer I think of who pulls off talking animals without sounding like a fairy tale, and that you were able to do the same was so impressive!

There are people who suffer and think, “I won’t allow this to happen to anyone else,” and people who suffer and think, “I made it through, so anyone can and should.” The lone apocalypse survivor is as much a myth as the traditional Westerns that are the stories of how America was built—just a baldfaced lie that keeps us separated instead of helping us come together and understand one another. I have a lot of faith in humanity, that there are enough people who carry hope and justice and care. My work is suffused with this hope, even if the conditions of my life are not always so hopeful.

At the end of Muri, the survivors of the uprising are left to tell the story, and they will likely not be believed. You’re creating new mythology for the Anthropocene, just as these characters are being asked to do. What are the risks of passing this all off as “speculative,” or “near-future,” or “cli-fi,” when the work being done is so vital?

AS: I’ve been grappling with the idea of the speculative for a couple years now, at least in terms of how it interfaces with climate change impact. I’m certainly not the only writer who has had to revise an ongoing “speculative” project because my invented events have actually taken place. That puts writers in a liminal space where some of us end up creating art that feels unintentionally documentary. That raises questions for me: are we message-bearers or does that idea cheapen our art? If we stick to aesthetics alone, are we fiddling while Rome burns?
The events that unfold in All City—massive flooding, the disintegration of essential services and the city’s ability to provide them (or at least to provide them to the non-rich), the abandonment of the marginalized—suggest that existing social and economic inequities will be deepened by climate crisis. Why was it important to make these ideas part of All City?

I believe that we create little glimmers of hope when we make the most beautiful, sometimes terrible, things we can.

AD: If there was ever a time for art in the U.S. to take on politics and current events, now is it. I struggle with this myself. My next novel is Pennsylvania Gothic with a twist of sci-fi, and though it takes on subjects like living as a minority in a majority red state in a post-Trump America, it’s not the warning that All City is. I often think: is this vital? Is this necessary? It’s hard to not think all art in this time is a luxury. But I believe that we create little glimmers of hope when we make the most beautiful, sometimes terrible, things we can. Hopefully some of them will stay.

From business to art to climate change, I think there are always hierarchies at play. We’re trained not to admit it by American individualism and bootstrap philosophies. I only see it getting worse. We’ll all be impacted, even those who are living their lives obliviously. We’re all living with an existential dread everyday, constantly reading news reports of mass extinction and irrevocable changes. To pretend that we’re not living with that causes cognitive dissonance.

When you and I were sitting in that little radical bookstore in Minneapolis with people who felt it was important to grapple with the things we grappled with in our books, someone asked about hope, and you talked about your children and how vital it is to keep hope alive for them. I remember you mentioned a cli-fi story your son wrote.

AS: That was such a meaningful event, one of those “glimmers of hope” you just talked about. I was asked if my profound concern about our changing climate is creating anxiety in my kids, and I told the story of my son’s decision to write “cli-fi.” In his story, set sometime in the future, an old woman lives in a cottage on the outskirts of a village. She keeps four glass jars in her possession—one contains a snowflake, one contains a spring crocus, one contains a summer daisy, and the last, a fallen autumn leaf. She treasures these because they represent seasons that have become indistinguishable.

The old woman recalls being told by scientists that this would happen, but also remembers not believing it ever would—no one, she says, ever believed it would. One day, a child disturbs the jar containing the snowflake and it falls and shatters, releasing not just the snowflake but somehow generating a small snowstorm. The people in the village are drawn to the old woman’s house and the children dance and play in the snow joyfully. The boy who broke the jar apologizes to the old woman, but she replies that she’s not mad, she’s grateful, saying “I felt the part of me that had been missing had finally returned.” There’s a lot to unpack there, but I see love of nature and love of humankind in that story. If the next generation retains and cultivates both, that itself is hope and possibly salvation.

You mentioned that your next book is Pennsylvania Gothic with a touch of sci-fi—yes, please!—and I’m wondering how you feel about the label of “cli-fi,” given that you work in different styles. Do you see All City as a work of climate fiction?

AD: I love that story of your son’s so very much, as well as your chapbook. Thanks for sharing it here, and your hope, as well.

I did see All City as cli-fi. I began reading up on the genre while I was doing research for the novel. I’m fascinated by emerging genres, experimentation, constraint-based writing, and subgenre. I was an Oulipo fan when I was young, and am still amazed by works like A Void (a mystery written entirely without the letter “e”). I find it a fun form of experimentation to research genre, to see where its tropes lie and where they can be stretched and pushed and blended with other things, where we can limit ourselves or expand beyond what we think of as a traditional genre or conceit to open up new territory.

AS: Thank you for this conversation, Alex, and for the art you put into the world.

Alex DiFrancesco is a writer of fiction, creative nonfiction, and journalism who has published work in Tin House, The Washington Post, Pacific Standard, Vol. 1 Brooklyn, Brevity and more. Their essay collection Psychopomps (Civil Coping Mechanisms Press) and their novel All City (Seven Stories Press), were published in 2019.  All City  is out now via Seven Stories Press.

Ashley Shelby is a novelist, short story writer, and former journalist based in the Twin Cities. She is the author of South Pole Station: A Novel (Picador) and Red River Rising: The Anatomy of a Flood and the Survival of an American City (Borealis Books). Muri is out now via Radix Media.

The US Tour That Made Gertrude Stein a Household Name 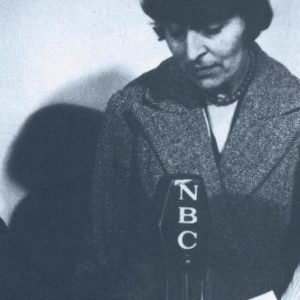 The US Tour That Made Gertrude Stein a Household Name

Once on board the ship, Gertrude Stein and Alice were treated like the transatlantic celebrities they had become. Champlain’s...
© LitHub
Back to top