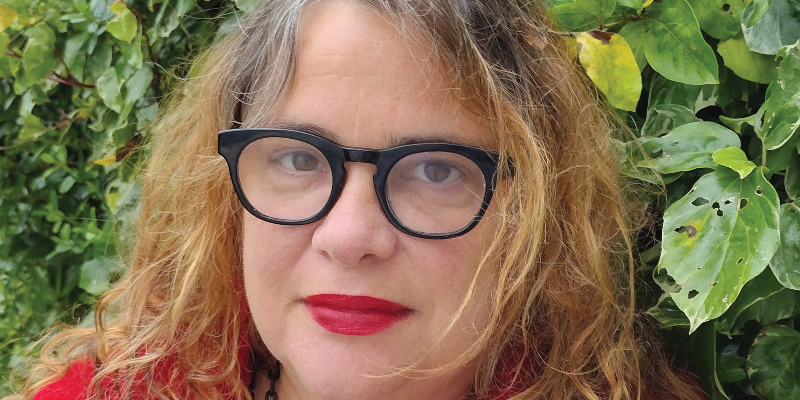 Acclaimed fiction writer Elizabeth McCracken joins Fiction/Non/Fiction hosts V.V. Ganeshananthan and Whitney Terrell for the show’s fifth anniversary. She reads from her new novel, The Hero of This Book, which she wrote during the pandemic, shortly after her mother’s death. She also discusses what’s involved with tricking herself into writing a novel, particularly one that deals with difficult, almost autobiographical, subject matter.

V.V. Ganeshananthan: This book feels different from anything you’ve published before. I think each of your books has felt that way to me. And that, I think, has set a bar of interest for me to think about how I can change my work as it pushes forward. I was also thinking about an essay that your friend and mine, Yiyun Li, wrote about the irreducibility of your writing in a recent essay for Harper’s called “Against Aboutness.”

For those of our listeners who haven’t read this, we’ll put it in our show notes. There are lots of moments when the hero of this book considers categories and then rejects them. The passage you just read anticipates that question about auto fiction, but that’s not the only one, there are also sections where we get into what the mother character thought about memoir, for example, or privacy. But then the movement of the writing is constantly toward what is unknowable or new. And that made the book feel really timely and perfect for this moment. I was also just thinking about the kind of writerly challenge of building that to a conclusion, and this is merely a very teleological way of thinking about it. But how do you think about building that to an end—when you’re writing a story that in essence has no end?

Elizabeth McCracken: I’m trying to think of how to answer that question, which is a puzzle, partly because I do very little on purpose when I write, and partly because I’m very intrigued by the question. But also what happened was, I had shoved the idea of writing into these notes which disappeared and then once I took them out, I put what seemed pertinent in the book. Originally, when I was trying to trick myself into writing the book, I went, “Okay, I’m going to try to write a literary memoir in the notes.”

So it talked about going to the Iowa Writers’ Workshop in the notes, but not in the body of the story. I probably wouldn’t have thought about those questions of category had I not been writing these notes, which were supposed to contradict the thing that was the body of the novel. But once I had to get rid of them, I realized I was still really interested in that contradiction. I don’t know if that answers your question or not.

Whitney Terrell: When you say you wanted the notes to contradict the body of the novel, what do you mean by that?

EM: I wanted them to think about autobiography and memoir and autofiction, whatever that is, I still feel very uncertain about what auto fiction is. I wanted to think about what it meant to write a novel in a way that I hadn’t in previous times. I’m thinking of Yiyun now because I’m incredibly grateful for the essay that she wrote. I’m also incredibly grateful for the things that she thinks about fiction in general in that essay, which I loved, but also about The Book of Goose, which is a book about a writer that I love, and the drama of novel writing. It’s very interesting that we both ended up, coincidentally, writing books that could not be more different, but that are somehow about what it means to write a novel. Which is the only time I will ever compare my work to her work. That book is just so gorgeous and complicated and amazing.

WT: Speaking of writing school and the Iowa Writers’ Workshop, which you mentioned, last time you joined us, you were one of four writers talking about creative writing in higher education. We talked about MFAs and applying to them. I think it’s pretty likely that most of our listeners, or I don’t know about most, but many of our listeners have MFAs. And all of us not only have MFAs, but teach in MFA programs. The narrator of the book teaches creative writing, too, and says it can’t be taught. What role does thinking about that part of your life and our lives play in the composition here and the way that you’re weaving it into the novel?

EM: I’m sure I told Sugi that writing can’t be taught when she was in my class. It’s a standard joke I make every first day of class. I say there’s a lot of argument about whether writing can be taught. I don’t think it can be. And I think it’s just a funny thing to say, and nobody ever thinks it’s funny, to say that writing can’t be taught. I love teaching creative writing; I teach it both at the graduate level and the undergraduate level. I find both tasks really meaningful in quite different ways.

But I think in both cases, you want your students to write the things that only they can write. I don’t know what the rules for those are. I mean, I think there probably are rules for writing fiction, but they’re individual to the writer. And as a teacher of creative writing, I feel like the best that I can do is try to help my students think interestingly. I think that the aim is to get people to think interesting thoughts, to not feel constrained. I think one of the reasons that rules are comforting, and I often have students begging me for some rules, to which I say don’t use “gift” as a verb, even though that horse is so far out of the barn. I still sometimes write “no” in the margins, but now people are starting to say it aloud.

You can’t really do that when they say “somebody gifted me this book.” I can’t actually go “No!” But I think rules are comforting because they are constrained. So you feel sort of safe. They’re a car seat. This is a really bad metaphor that’s brewing in my head—riding in the car seat is not going to teach you how to drive, though.

VVG: I know people who still have their notes from your classes that I was in with them, where we would all write down that Elizabeth said something that we think we can take back and use as a rule. These are the scissors with which we will trim our garden carefully and make sure that it falls in these tidy lines. Then of course, we would end up with jungles anyway, in which you would support us. I think that the permission to be strange was one of the things that I felt so intensely.

Another Dumb Blonde: On the Controversial Adaptation of Joyce Carol Oates’s Epic Novel 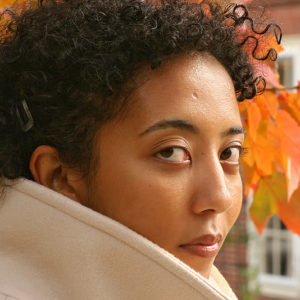 This week on The Maris Review, Namwali Serpell joins Maris Kreizman to discuss her latest novel, The Furrows, out now from...
© LitHub
Back to top