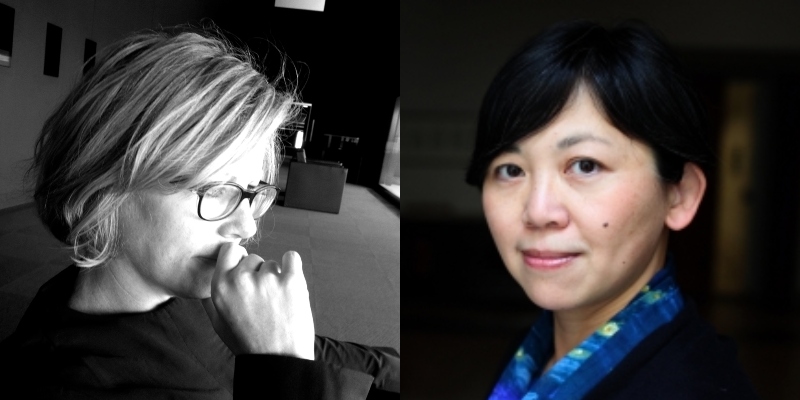 In Conversation with V.V. Ganeshananthan on Fiction/Non/Fiction

Editor and publisher Brigid Hughes and writer Yiyun Li join co-hosts Whitney Terrell and V.V. Ganeshananthan to talk about reading War and Peace over the course of 85 days with others around the world. The unusually broad and lively Twitter conversation, organized in 2020 by A Public Space and led by Li, is captured in the newly published volume Tolstoy Together.

In this episode, Li discusses her love of Russian novels and describes what it was like reading War and Peace in sections at the ends of newspapers when she was growing up in Beijing. Hughes, who read the book for the first time during this project, explains how the community of readers who contributed to the online book club made the project special.

To hear the full episode, subscribe to the Fiction/Non/Fiction podcast through iTunes, Google Play, Stitcher, Spotify, or your favorite podcast app (include the forward slashes when searching). You can also listen by streaming from the player above. And check out video excerpts from our interviews at Lit Hub’s Virtual Book Channel and Fiction/Non/Fiction’s YouTube Channel. This podcast is produced by Anne Kniggendorf.

Tolstoy Together • Must I Go? • Where Reasons End • Dear Friend, from My Life I Write to You in Your Life • Gold Boy, Emerald Girl • A Thousand Years of Good Prayers • Kinder Than Solitude • The Vagrants

*
Excerpt from a conversation
with Brigid Hughes and Yiyun Li:

V.V. Ganeshananthan: In Tolstoy Together, I remember reading a discussion about Natasha, about real women and who’s real—which made me laugh a little—and I was thinking, Brigid, about your earlier comment about the readers themselves as characters. It’s a little bit like the cast of the book is deeper, and the other people meeting the characters are these readers who are often off in the corner gossiping about them, which I really enjoyed. I was like, “Oh, I’m gonna have to go back and think about real women and who fits that category.”

VVG: I’m curious to hear both of you answer a question posed by one of your own readers/apparently characters, Margaret Harris. This question made me laugh. She asks: “Of the War and Peace characters whose ultimate fates don’t make it into the epilogue, which one do you most want to hear about and why is it Dolokhov?” She then goes on to mention Vera and Berg and Boris and Julie and Anna Mikhailovna and several others, including—at the end of her of her dozen or so list—the lavender-grey dog. I’m curious about who you would pick.

BH: There was great fondness for the lavender-grey dog. And I think in particular, from people who were reading the translation where he is lavender-grey—he’s a slightly different color in the other translations, and people often weren’t as fond of him if he was a different shade. But I would have liked to continue with both Pierre and Natasha through the remainder of their lives. You meet Natasha when she’s very, very young, and you meet Pierre when he’s still quite young, and you travel with them through decades of their lives. So, I would have liked to keep traveling with them. And in terms of whose fates we don’t know, I would say the characters who were there just for a fleeting moment. I would like for them to be the protagonists of the story.

Yiyun Li: You know, there are a lot of characters. For instance, Berg—I would like to see him as an older man, probably still self-centered. There’s also that one man. One of those unnamed or less named characters from a minor scene, who, when we see him for the first time—this was when Moscow was burning—he’s a yard porter. He came into that big, big house, and that was the first time he saw himself in a mirror. So he smiled, he grinned. You can clearly feel the whole world was breaking down, but he was just enjoying the first glimpse of his real self. I always wonder what happened to him. I always just had this wish that he didn’t die in Moscow in that big fire, that he would just go on. I am always attached to him, even though he just has two lines in that book.

VVG: When I read this question, I went into thinking about the industry around Jane Austen spinoffs and continuations and covers and retellings. That industry obviously does not exist around this book. Why not?

YL: That’s such a good question, Sugi. I have a guess at why not. I mean, part of it is that this book ended after 1812, and in about 10 years, there would be a revolution. And you realize Pierre and Rostov, they might have been going into that revolution. The Decemberists, they would meet a very sad fate. I think, partly, a reason not to spin off is you love them so much. I think when you write a spinoff it’s because you want the stories to go on forever. And they may have been exiled to Siberia.

Whitney Terrell: We mentioned Prince Andrei earlier. I always was interested in that character. That was my guy who I was curious about. He’s the one that has the moment on the battlefield where he stares up at the sky lying on his back. It’s a very famous moment in the novel that I always… As a young person, I was curious about war. And so in a way reading the book was part of learning about what war was. I ended up getting to find out a lot more about war than I ever wanted to as a war reporter later in life, as someone who wrote about it. I’ve been thinking about that as these last few weeks the US has ended its disastrous 20-year war in Afghanistan. And I wanted to talk about Tolstoy’s relevance as a war writer. There were a lot of war writers, including Matt Gallagher, who’s been on the show a couple times, whose comments are published in your book. Some of these people are veterans of Afghanistan. And I wondered if you could talk about how America’s wars in Iraq and Afghanistan provided a backdrop for the way that people were reading the book during this process. Now, obviously, the pull-out of Afghanistan wasn’t happening at the time that you were doing it, but still people were drawing these parallels very directly, I thought.

BH: Yes, we read with a number of people with military experience. Matt Gallagher, a writer named Dewaine Farria who had also fought in Afghanistan or Iraq, and with people whose fathers or grandfathers had fought in earlier wars. And it was really striking to read with them, in particular, to see people who hadn’t had that direct experience of war read a chapter in Tolstoy. It’s like, this is not what I would have expected. And then to have the contrast of Matt saying this is exactly how it was. Yiyun is very generously hosting an encore book club to read War and Peace again this fall. I suspect that Afghanistan will be very much part of the frame of how we read and experience the novel this time. 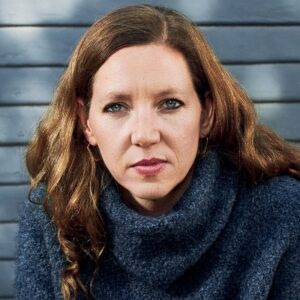 This week on The Maris Review, Maggie Nelson joins Maris Kreizman to discuss her new book of criticism, On Freedom: Four...
© LitHub
Back to top