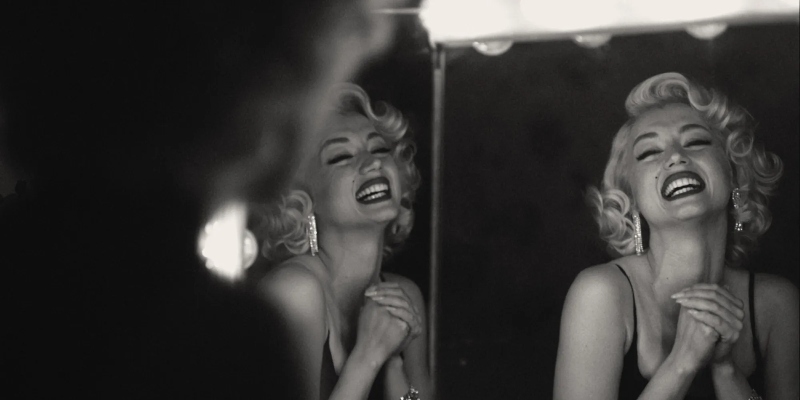 Another Dumb Blonde: On the Controversial Adaptation of Joyce Carol Oates’s Epic Novel

“Is the problem with Blonde... Blonde?”

It’s hard to avoid Blonde—the Andrew Dominik directed film that debuted last week on Netflix and in a limited theater release. It’s quickly become the top streaming film on Netflix, despite mixed reviews and headline-grabbing controversy that mostly centers on Dominik’s directing. What went so very wrong in this depiction of Marilyn Monroe?

To be fair, the reviews (rightfully) applaud the casting and performances. In particular, Ana de Armas is arresting in the lead role as she easily slips between the dueling personas of Marilyn and Norma Jeane Baker, just as Marilyn did in real life. But any resemblance to the actual life of Marilyn Monroe is nonexistent in this adaptation of Joyce Carol Oates’s epic novel Blonde (2000). The same could be said of Oates’s Blonde. In her Author’s Note, Oates writes, “Blonde is a radically distilled ‘life’ in the form of fiction, and, for all its length, synecdoche is the principle of appropriation.”

I first read Blonde soon after it was published. I was living in LA, just one street over from where Marilyn had lived and died. I knew nothing about her, and after reading Blonde, what remained with me was Oates’s description of the power dynamic between the old Hollywood studio system and their stars. At the time, I worked for a large talent agency, a business that emerged to counter the studios’ control over talent.

Not only was Marilyn’s generation of actors treated as contract workers, they were also told what to eat, who to date, and what to wear, and received medical treatment from a studio doctor—who, in Marilyn’s case, treated her insomnia and anxiety with heavy doses of barbiturates, leading to a dependency and eventually a life-taking addiction. I came away from the novel thinking Marilyn had been a victim of the studio system and the usual misogyny that by that time I, too, was overly familiar with.

Twenty years later, I read Blonde again. I was in the midst of my MFA thesis, a collection of poems in conversation with Marilyn Monroe. Concerned with celebrity culture in America, I’d chosen this enduring icon as the star of my thesis and what would become the collection An Insomniac’s Slumber Party with Marilyn Monroe and then Marilyn: Essays & Poems. I’d researched the hell out of her. So, this time reading Blonde, I saw how far Oates strayed from the biography of Marilyn Monroe. Her Blonde is much more than “a radically distilled ‘life’ in the form of fiction.” Oates took the rough contours of Marilyn’s life and fictionalized an entirely other character and story. One that—in my second, more-informed reading—I liked less.

This time, I saw Oates’s characterization as playing into and with stereotype. Her fictionalized Marilyn in no way resembled the Marilyn I had come to know through my research and writing—Oates had realized a version of Norma Jeane Baker, and of Marilyn Monroe, and eventually of a third identity, “the Blonde,” into her own created character. Then along came Hollywood (read: Netflix) with Andrew Dominik’s film adaptation of Blonde to further distort the memory and biography of Marilyn.

But does that matter? It’s entertainment after all, storytelling. And I, too, have used Marilyn Monroe for my own literary ambitions. In fact, during a conversation following a reading I gave in New York, when asked whether I was concerned about appropriation when writing in the persona of Marilyn, I responded with something about fiction and the public domain of dead celebrities—but then I finally answered that for me, it’s a matter of intention. In writing Marilyn through poetry, I set an intention to get as close as possible to the bone of Marilyn and to write from there. To give a voice to the woman who had become nothing more than a famous face. Along the way, I grew to understand my subject and to respect the woman who became Marilyn Monroe.

The Blonde Marilyn has no agency in the world; she is victimized at every turn.

I also wrote to understand why Marilyn, above all other actresses, has endured in the world’s imagination 60 years after her death. Gloria Steinem, who identified Marilyn as an early feminist, wrote, “It is the lost possibilities of Marilyn Monroe that capture our imaginations.” Which is to say that her death at age 36 cut short the growing list of her accomplishments.

By the time of her death, Marilyn had acted in nearly 30 films, won a Golden Globe Award, and was one of Hollywood’s biggest box office stars, raking in over $200 million for Fox Studios over the course of her career. She also was the first actress to break from the studio system and start her own production company. Marilyn Monroe Productions produced films such as Bus Stop and The Prince and the Showgirl, both which feature a young woman upending a sexual power dynamic. Marilyn understood how to accumulate and wield power despite working in an era when actresses were considered commodities and when women had few career opportunities. Her trajectory is even more surprising given the tragic and widely known circumstances of her childhood: a mentally ill and institutionalized mother, no father, raised in a series of foster homes and an orphanage and forced into an early marriage at 16.

Marilyn’s success was a direct result of her ambition, studiousness, cleverness, work ethic, and determination. When Fox failed to put her in films early on, using her instead for publicity, she ensured that every photo op generated a headline not only for the studio, but for her. She built her name and reputation and then used it as leverage for better contracts. She worked at her craft as an actress, singer, dancer, and comedian. And her talent is evident in her films. Stephanie Zacharek, looking back on Marilyn’s film performances for Time, praised “the pin-dot precision of her comic timing.” She was truly a star. This was the Marilyn that I came to know—talented, ambitious, smart, and funny—and yes, suffering from insomnia and anxiety that a bevy of psychiatrists treated with heavy doses of barbiturates. But also surrounded by loving friends and family.

That’s not the Marilyn Monroe that you see in the film Blonde. The Blonde Marilyn has no agency in the world; she is victimized at every turn, by husbands, by Hollywood brass, by the President of the United States. I found myself fact checking the movie as it meandered over nearly three hours: The abusive mother. No. The rape by a studio boss. No. The threesome. No. The pregnancy and abortion. No. Overdose on a plane to visit JFK. No. Talking fetuses (truly). No. No. No. It’s not surprising that Planned Parenthood has joined the backlash of criticism against the film.

Most of the condemnation is aimed at Andrew Dominik as the director. (What was he thinking with the talking fetuses?!) But the overriding concern for the film is that it portrays Marilyn as a victim, as broken, incapable, and unloved. It glorifies trauma. As the actor Adrian Brody (who plays Arthur Miller/The Playwright) said to The Hollywood Reporter in the film’s defense, “[T]he novel and the film are both rife with themes of exploitation and trauma. And Marilyn’s life, unfortunately, was full of that.” Or at least the fictionalized version of Marilyn’s life was all trauma, all the time.

It raises the question of whether a film based on a fictionalized version of a larger-than-life celebrity can win the public’s trust.

I can’t help comparing Blonde to another recent film about a famous dead celebrity—Elvis, directed by Baz Luhrmann and starring Austin Butler as Elvis. I watched Elvis with a similar degree of knowledge about the main character that I brought to viewing Blonde: When I worked for the talent agency in LA, I represented Elvis Presley Enterprises. I have visited Graceland with Pricilla Presley. I have read all the biographies, watched Elvis’s films, listened to his music. The film depicts an Elvis I had come to know through my work. He, too, was an imperfect yet enormously talented individual catapulted to fame, who died too young of an overdose.

But in the film Elvis, unlike in Blonde, Elvis Presley is multidimensional, nuanced, and human. Sure, Andrew Dominik is no Baz Luhrmann. But I wonder if the fact that Elvis relies on biographical research rather than a novel made it the more successful film for me (and most critics). It raises the question of whether a film based on a fictionalized version of a larger-than-life celebrity can win the public’s trust. Is the problem with Blonde, Blonde?

To answer my own question, I read Blonde for a third time. I know, just shoot me, it’s 738 pages long. And I already knew I had major issues with Oates’s characterization of Marilyn. Ah, but to once again read the thrill-ride that is the opening prologue! Reminding us that this book is about fate, and what can happen when a pretty American girl encounters the myth-making machinery of Hollywood.

Blonde is not the story of Marilyn Monroe. However, it is the blueprint for the film. Many of the scenes that have provoked the greatest controversy—and that veer the furthest from reality—are straight out of the novel. A novel that was lauded in the early aughts. But in the 22 years between the publication of Blonde and the film’s arrival, the world has changed. We’ve had Harvey Weinstein and #MeToo. We’ve had a misogynist in the White House. We’ve had the strike-down of Roe v. Wade. What may have read as a fictious biography—or myth-making, as Oates describes her novel—became a film that is a demeaning and vulgar portrait not only of Marilyn Monroe, but of women in general.

My advice: skip Blonde, and instead make popcorn and watch the real Marilyn in any of her films. My personal favorites: Niagara, Some Like it Hot, and Misfits. 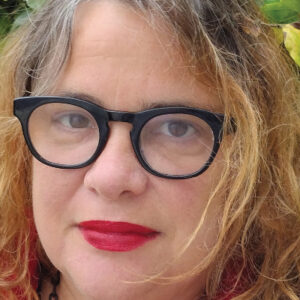