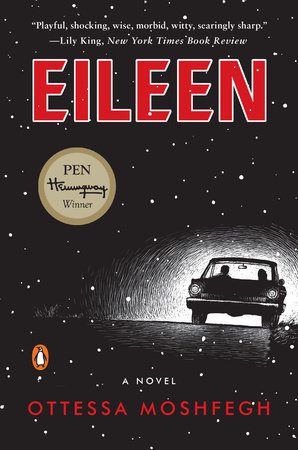 The following is from Ottessa Moshfegh’s debut novel, Eileen, now out in paperback. Eileen was recently longlisted for the Man Booker Prize. Moshfegh was awarded the Plimpton Prize for her stories in The Paris Review and granted a creative writing fellowship from the National Endowment for the Arts. She is currently a Wallace Stegner fellow at Stanford.

This I remember very well: Around two o’clock, the warden came into our office, followed by a tall redheaded woman and a willowy bald man in a loose, mud-colored suit. My first impression of the woman was that she must be a performer at the special assembly—a singer or an actress with a soft spot for child criminals. My assumption seemed reasonable. Celebrities entertained army troops, after all. Why not young prisoners? Teenage boys were a worthy enough cause. Most of those boys, the ones serving shorter sentences, ended up in Vietnam anyway, I’m sure. In any case, this woman was beautiful and looked vaguely familiar in the way all beautiful people look familiar. So within thirty seconds I’d decided that she must be an idiot, have a brain like a powder puff, be bereft of any depth or darkness, have no interior life whatever. Like Doris Day, this woman must live in a charmed world of fluffy pillows and golden sunshine. So of course I hated her. I’d never come face-to-face with someone so beautiful before in my life.

The man was not interesting to me in the least. He sniffled, rubbed his head with one hand, carried two coats over his other arm—his and the redhead’s, I presumed. I couldn’t help but stare at the woman. I have a dreamy picture in my memory of how she was dressed that day, in peculiar shades of pink, not unfashionable per se, but not in the fashion of the times and certainly not of X-ville. She wore a long flowing skirt, a sweater set draped around her slim figure, and a stiff-rimmed hat, which I picture now somewhat like a riding helmet, only it was gray and delicate, felt maybe, and held an iridescent feather on one side. Perhaps I’ve invented the hat. She wore a long gold pendant necklace—that I know for sure. Her shoes were like men’s riding boots, only smaller, and with a delicate heel. Her legs were very long and her arms were thin and folded across her narrow rib cage. I was surprised to see a cigarette in her fingers. Many women smoked, of course, more than do now, but it seemed odd for her to smoke just standing there in the office as though she were at a cocktail party, as though she owned the place. And the way she smoked disturbed me. When others smoked, it was something needy and cheap. When this woman inhaled, her face trembled and her eyes fluttered in subtle ecstasy, as though she were tasting a delectable dessert or stepping into a warm bath. She seemed to be in a state of enchantment, perfectly happy. And so she struck me as perverse. Pretentious wasn’t a word we used back then. Obnoxious was more like it.

“Listen up,” said the warden. He had a wide, red and pitted face with a huge nose and small, inscrutable eyes, but was so well groomed, so clean and militant, I thought of him as handsome. “I present to you our new psychiatrist, Dr. Bradley Morris. He comes highly recommended by Dr. Frye, and I’m sure he’ll be an asset to us in keeping our boys in line and on the path to redemption. And this is Miss Rebecca Saint John, our first ever prison director of education, thanks to a generous donation from Uncle Sam. I’m sure she’s completely qualified. I understand she’s just finished her graduate work at Radcliffe—”

“Harvard,” said this Rebecca Saint John, leaning toward him slightly. She tipped her cigarette ash on the floor and blew the smoke at the ceiling, seemed to grin. It was truly bizarre.

“Harvard,” the warden continued, titillated, it seemed to me. “I know you will all welcome our new additions with respect and professionalism, and I hope you’ll show Miss Saint John around in her first few days as she learns our customs here.” He pointed vaguely to the office ladies, me included. It all seemed very strange, such a young, attractive woman appearing out of nowhere, and to do what? Teaching writing and arithmetic seemed like a ridiculous objective. Those Moorehead boys struggled just to walk around, sit down, eat and breathe without beating their heads against the walls. Dr. Morris was there, for all intents and purposes, to drug them into acting right. What could they possibly be taught in their condition? The warden took Miss Saint John’s coat from Dr. Morris’s arm, handed it to me, and seemed to smile. I could never tell his real feelings toward me, sweater vest or not. His death mask was thick as concrete, I suppose. In any case, it was my job to assign the new woman a locker. So she followed me back to the locker room.

Rebecca Saint John’s face that day had no makeup on it that I could detect, and yet she looked impeccable, fresh faced, a natural beauty. Her hair was long and thick, the color of brass, coarse and, I noted gratefully, in need of a hardy brushing. Her skin was sort of golden colored, and her face was round and full with strong cheekbones, a small rosebud mouth, thin eyebrows and unusually blond eyelashes. Her eyes were an odd shade of blue. There was something manufactured about that color. It was a shade of blue like a swimming pool in an ad for a tropical getaway. It was the color of mouthwash, toothpaste, toilet cleaner. My own eyes, I thought, were like shallow lake water, green, murky, full of slime and sand. Needless to say, I felt completely insulted and horrible about myself in the presence of this beautiful woman. Perhaps I should have honored my resentment and kept my distance, but I couldn’t help myself. I wanted to be close to her, to get an intimate view of her features, how she breathed, what her face did when her mind was busy thinking.   I hoped to be able to spot her superficial imperfections, or at least find flaws in her character which could cancel out the good marks she got in the looks category. You see how silly I was? I wrote out the combination to her locker on a slip of paper and took a whiff of her when I handed it over. She smelled like baby powder. She wore no ring. I wondered if she had a boyfriend.

“Now let me have you stand here and watch me and let’s see if I can figure out this lock,” she said. She had a haughty, precisely articulated accent, the kind of accent you hear in old movies set in the south of France or fancy Manhattan hotels. Continental? I’d never heard anyone in real life talk like that. It seemed absurd in such a place as Moorehead. Imagine the well-mannered tone of a British noblewoman politely bossing around her maid. I stood with my back against a column of lockers as she spun the dial of the combination lock.

“Thirty-two, twenty-four, thirty-four,” she said. “Well, look at that, practically my measurements.” She laughed and pulled the locker door open with a clang. My own measurements were even smaller. We both paused, and as though we were each other’s synchronized reflections, looked down at our own breasts, then at each other’s. Then Rebecca said, “I prefer being sort of flat chested, don’t you? Women with big bosoms are always so bashful. That, or else they think their figures are all that matters. Pathetic.” I thought of Joanie, her body so conspicuous in its fleshiness, a main attraction. I must have made a face or blushed because then Rebecca asked, “Oh, have I embarrassed you?” Her sincerity seemed genuine to me. We exchanged smiles. “Busts,” she said, shrugging and looking down at her small breasts again. “Who cares?” She laughed, winked at me, then turned back to her locker and fiddled with the dial again.

Perhaps only young women of my same conniving and tragic nature will understand that there could be something in such   an exchange as mine with Rebecca that day which could unite two people in conspiracy. After years of secrecy and shame, in this one moment with her, all my frustrations were condoned and my body, my very being, was justified. Such solidarity and awe I felt, you’d think I’d never had a friend before. And really, I hadn’t. All I’d had were Suzie or Alice or Maribel, figments, of course, imaginary girls I’d used in lies to my father—my own dark ghosts. 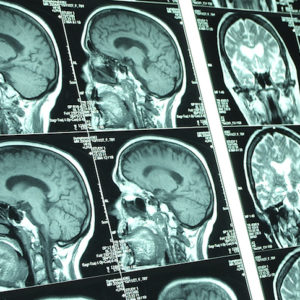 When Was My Mother No Longer My Mother? My mother used to bring old x-rays home from work. They unnerved me, those white blotches, blossoming across a surface like...
© LitHub
Back to top