Scene: a Wednesday morning. I’m sitting on a sofa in a private screening room in London, watching the latest film by Derek Cianfrance (best known for Blue Valentine and The Place Beyond the Pines). The film is both completely fresh and very familiar. It’s a rough edit of the adaptation of my first novel, The Light Between Oceans, and this is my first encounter with it. There’s just me, the projectionist, and a full-sized cinema screen.

Jump cut to a March morning several years earlier, when I sat on another sofa—the one in my home in London—and started to imagine. A lighthouse emerged in my mind, then a woman, then a man, who I immediately knew was the lighthouse keeper. And that’s all I knew. So I wrote what I saw, following the pictures as they developed, and the story eventually became my novel. The journey between sofas has been extraordinary.

I’ve heard of writers left appalled and heartsick at the film version of their beloved work. Ernest Hemingway’s advice to novelists was “Take the check and don’t see the movie.” That wasn’t my philosophy, and it’s with great relief that I can say it wasn’t my experience either. I’d been approached by various people about a film. Just as I know how to appreciate a symphony, but not how to write one, I adore films, but had no inclination to learn to make one, so was happy for someone else to do it. I didn’t want them just to “film the book”—what’s the point in that? It had to be a reincarnation, making full use of the things cinema can do that books can’t. I hoped to find filmmakers who shared my take on the novel, and then let them get on with transforming it into something on screen that I would love. I am hugely blessed in the team that came into being and did just that.

I’ve been involved peripherally along the way, but have had the view that it was safe in the hands of expert filmmakers. From the minute I handed it over, I treated it as a very separate thing, free-floating in some other world. For all that, it was with some trepidation that I opened the email with Derek’s script. This was by no means his first draft—it was just the first that had been sent to me. And the remarkable thing was that as I read it, instead of excitement, my response was a profound sense of relaxing: in the opposite of a stress reaction, my stomach muscles eased, my brain took in the words, and I had a deep feeling of “Ah. Everything is going to be okay.”

Every reader creates a different version of a book. Each person decides the exact color of the ocean in a scene, the intonation in a character’s voice when he utters a phrase. People tell you with great authority why your character did something, or what she was “really” thinking. In that regard, Derek was just another reader, but one whose brain I got to see in action, as if I were reading an MRI, as he processed the story. I got to see the color of his ocean; exactly how he imagined Isabel held Lucy; what Hannah looked like in her darkest moments.

Jump forward to another screening room, another Wednesday morning, a few months ago, and I’m watching the final cut of the movie. I’ve seen several versions by now, and each time I appreciate some slight change Derek has made in the edit: a scene added or taken away, a shot shortened or lengthened. And I appreciate even more the truthfulness and tenderness of the performances.

In trying to explain how it feels to watch Michael Fassbender speak words that I wrote, and see Alicia Vikander go through the traumatic loss that I first imagined years ago, another image comes into my mind: that of donating bone marrow. As I reflect on the image, I see it’s about passing on the life in the story, and in quite a particular way. While giving blood keeps the recipient’s heart pumping, keeps them alive, donating bone marrow enables the recipient to make their own blood. It’s as though Derek has taken this story into his very bones, and come up with something uniquely his. So while the film couldn’t have been made without my source material, only Derek and his cast could give it this specific life. And unlike, say, organ donation, the process takes from me without taking away from me: I haven’t given anything up—my characters are still my characters and live on in my brain cells, as well as sitting within the pages of my book in many languages on many bookshelves—but now, their DNA runs through other bones, other hearts.

Of course, there has to be compatibility between donor and donee: the search for the right match was long and hard. It started with finding the studio and producers, who together found the director, who together found the cast and the whole crew. Whenever I’ve given blood over the years, I’ve been struck by the strange intimacy of the arrangement. It is literally impossible for me to be closer to another human being: my blood flows into every capillary of the person who receives it. Yet I would normally have no idea who that was: a mother in childbirth? A toddler hit by a car? An old man with leukemia? I would imagine where my blood had ended up, and whether it had managed to help someone through a tricky patch, or whether they’d lost the fight. But I was always resigned to the mystery of it—the fact that I would never know. And that was okay.

The adaptation to film, however, allows me to know exactly where the “story marrow” goes: I get to see Michael Fassbender embody Tom, interpret my words and Derek’s script and direction, bringing him into new being. I get to see how the energy of Isabel and of Hannah, which ran so viscerally through me as I wrote, now flows through Alicia Vikander and Rachel Weisz on screen. It is a very odd sensation, this powerful intimacy with people who are essentially strangers, born of a shared adventure of imagination.

I wrote the story because it wanted to be written—I didn’t know what it was, just that there was something that wanted to be expressed. It was not begun with any expectation of publication, and certainly not with any thought of ever seeing it on screen. When that possibility did eventuate, I was always clear that the film would have a life of its own, to which I was only tangentially related. What I couldn’t have predicted, though, was how liberating it would feel to see it. For the first time, I could observe the story from the outside, brought to life by exceptionally talented people. There’s a lightness, a happiness that comes with that connecting: a sense of wonder to have played a part in the chain of life in such an unforeseen way.

M.L. Stedman was born and raised in Western Australia and now lives in London. The Light Between Oceans is her first novel. 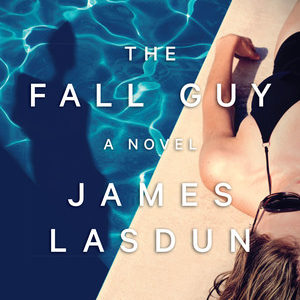 They’d arranged to leave late so as to avoid the traffic. Matthew, trundling his suitcase from the subway, arrived at Charlie’s...
© LitHub
Back to top