The Economist Talks to Andrew on Keen On

In this episode of Keen On, Andrew talks to Richard D. Wolff, currently the Visiting Professor in the Graduate Program in International Affairs at New School University.

Andrew Keen: As you know certainly better than I do, throughout much of the last part of the 19th century was a great debate on the left between people who believed that capitalism couldn’t be reformed, Social Democrats and communists who held that by definition it was going to be destroyed. Today we have the same kind of debate, perhaps even within the Democratic Party between Bernie Sanders and Elizabeth Warren. Where do you stand on this? Where is the future of capitalism?

Richard D. Wolff: Well, I think you’re right. At least since the middle of the 19th century, there has been a debate between—to make it simple—the reformers and the revolutionaries. Those who think it can be reformed peacefully, hopefully through the ballot box or something like that, and those who don’t think this system will leave quietly, will use its military—it will use its force. You have to be prepared for that.

The way I would explain it most is to go back to the 1930s. There were people in the 1930s in that coalition of communist-socialists in the CIO labor movement who were revolutionaries and who came out of the Marxist and socialist tradition, and they wanted a revolution here. When they had that fateful meeting with Roosevelt—you’ve got to help us or else you’re not gonna be the president very long—the president, when he met with the rich and got half of them to go along with him, which is all he needed, he went back to the Communist and Socialist Union and said, “Okay, I have a deal I will give you, then I will help the mass of people,” which he did. “But I won’t do it if you keep talking about revolution. That has to go. No more revolution.”

Basically the communists and socialists accepted that deal. We had to reform Social Security and unemployment. What was the result of the victory of reformism over revolution, even among socialists and communists, let alone the rest? The answer was a system that was able in the subsequent 40 years to undo almost everything they did.

We just went through a terrible downturn. We didn’t even have a national discussion about a public employment program.

Andrew: You’re dancing around this question. Are you suggesting then that really there is no future of capitalism without exploitation? That it’s a system that can’t be reformed?

Richard: It’s not so much that it can’t, it’s that its basis is to exploit.

Andrew: So we need to lose it, in very simple terms—we need to get rid of it and replace it with a more equitable, a more manageable, and perhaps a more efficient economic system.

Richard D. Wolff is Professor of Economics Emeritus, University of Massachusetts, Amherst where he taught economics from 1973 to 2008. He is currently a Visiting Professor in the Graduate Program in International Affairs of the New School University, New York City.

Dorothy Allison on the Necessity of Making Readers Uncomfortable 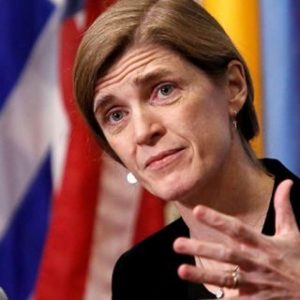 This week on The Literary Life with Mitchell Kaplan sits down with Samantha Power, Pulitzer Prize-winning author and former...
© LitHub
Back to top