These triptych of poems form Tess Taylor’s new book, Work and Days, know well the anxiety we have about poetry as a privileged moment away from the reality of working life. But several years ago when Taylor had the chance to spend a year rent-free in a cottage on the Berkshires, her attending to farming brought forth poetry. That type of attention encompasses a Western tradition—almost exclusively male (Hesiod, Virgil, John Clare)—where working the earth might serve to crystallize or make lapidary-like our thirst for wise, reflective living. Yet Taylor has done something far less obvious, and much more moving, than merely turning the tradition on its head. She’s entered it fully, as woman, mother: an American of privilege and loss in the 21st century. And with her consciousness, evocative and redolent of the hard sensory clarity of the earth, come also intimations of apocalyptic time as much around the world as here at home. The great thinker (and laborer) Simone Weil thought fewer acts more heroic than attentiveness.  Reading these crisp, gleaning poems that sing of and are stained by “human remains” I fully agree.

“What must be done to bring a heavy harvest, under

which stars to turn the earth…”—Virgil, Georgics I

Everything is brown or gray.

(though even here farmers do dig up old weapons—)

though while we work, the radio

limbs shattering in another country—

In our field today:

Hot. Cold. Then a too-warm spell:

above us rose-throated grosbeak return

Across the hemisphere, farmers bend to the art.

Virgil wrote by which signs shall we know?

We too are small against great constellations.

We plant when the sun shines. We augur & pray.

APOCALYPTO FOR A SMALL
PLANET

all’s flux, no one can say what will grow in Georgia,

where maples will grow then or whose fine taps

will sap sugar from the cold in spring. Will we get syrup

from the boreal forest, peaches from Massachusetts?

don’t bother this is navel gazing

& my friend at Yale says my hunger

to be near zucchinis

will not save the planet from real hunger

except I remember in the film on gleaning

when the priest in his compassion says:

those who glean now out of spiritual hunger

also should be fed.

Ecosystem of yard or field or mind:

these cucumbers are more art than science,

than global action (if we separate the two).

here I work the plot that also grounds—

Green drains from the hills and leaves

Chasing sugars on the vine

tasting sweetness after sun or rain-

we find that flavor is an artifact of light.

All this heat and mineral and juice a clue:

the mystery summer strewed in passing—

In the field they are a fable:

Many there & real, their clumsy wobbles

Poor grasshoppers who sang all summer!

from their six-months’ perch.

In our novice hands they are chill comets.

Mulch and time turned those

We hoist the oblong bounty.

Later, scrub and slice a few.

Prepare the pan with oil.

From the counter, old roots eye us whitely.

Feature image: a detail from Farm Scene, 1963 by Jane Freilicher.

Tess Taylor grew up in Berkeley, California, where she led youth garden programming at the Berkeley Youth Alternatives Community Garden and interned in the kitchen at Chez Panisse. In her twenties, she dropped out of Amherst College to become a translator and chef’s assistant at L’Ecole Ritz Escoffier in Paris. An avid gardener and cook, she is also an acclaimed poet. Her chapbook The Misremembered World was selected by Eavan Boland and published by the Poetry Society of America. Her work has appeared in The Atlantic, Boston Review, Harvard Review, The Times Literary Supplement, and The New Yorker. The San Francisco Chronicle called her first book, THE FORAGE HOUSE, “stunning” and it was a finalist for the Believer Poetry Award. Tess is currently the on air poetry reviewer for NPR’s All Things Considered, and was most recently visiting professor of English and creative writing at Whittier College. Her second book, WORK AND DAYS, was published in 2016. Her third book, RIFT ZONE comes out April 2020.
Share: 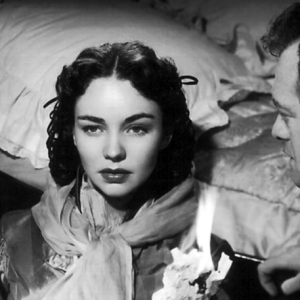