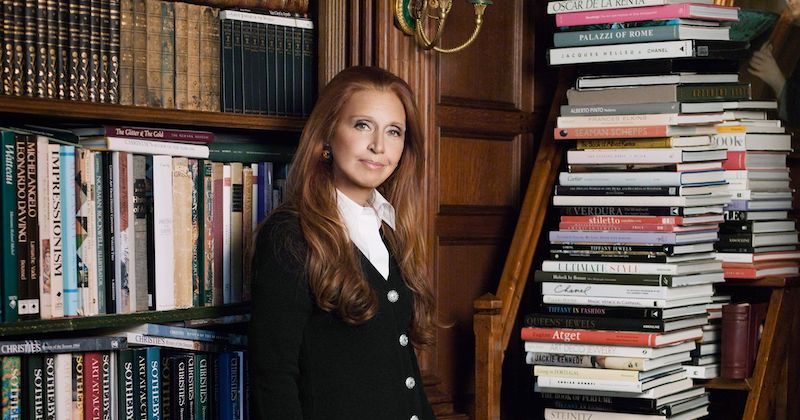 If you’ve had a hard time putting pen to paper (or fingers to keys, more likely) during the pandemic, despite all of your supposed extra free time and mental space, well, at least you’re not alone. Even the famously prolific and successful Danielle Steel, who is such a boss that she writes at a desk designed to look like a stack of her own books, couldn’t get any writing done in quarantine. In an interview with Random House’s Amy Brinker this month, she explained that she was in France when the pandemic hit and decided to stay there, with mixed results:

After I made the decision to stay in France, the solid lockdown confinement took hold, and I spent 76 days alone without leaving my apartment. It was an elegant jail sentence in a very comfortable apartment, but solitude is nonetheless what it is, and a huge challenge. I thought it would be a wonderful opportunity to write, and much to my surprise, for the first time in my life, with all that time on my hands, I was too anxious to write. My mind was blank, I was constantly distracted by my fear of getting sick, my fears for my children, and the world. It took me about three weeks to settle down. But what changed during confinement: I had trouble concentrating, my mind felt blank, I felt as though I was working and thinking in slow motion. Discipline is an enormous factor in my work, and I would force myself to sit with a yellow pad, or at my typewriter all day, for 12 hours at a time sometimes, and just couldn’t work. I knew what I wanted to write, but at first it wouldn’t come, and when it finally did, I found I was writing so much more slowly than usual. I had the time and the space, but not the focus for those first few weeks. Too much scary stuff was going on. I would watch the terrifying reports on the news, and was panicked for hours afterward.

Infuriated by my own distraction, I wrestled with it, and within a few weeks, I was writing, not quite at full speed, but close enough. And now, 3 months after we were ‘De-confined’ in France, my writing speed is back to normal. But what I discovered during confinement was how much more than I ever realized, I rely on outside stimuli to fuel me, conversations, exchanges I see and hear between people, things I see on the street, or in a restaurant, items that interest me in the news. I absorb all the things around me, pick them up, and build a book with them, like a bird making a nest. In the silence of my own company, and a world that had come to a dead halt, there were none of the elements I use to add to a book, sometimes without even knowing it. Once I was back in the world again, it all came back in a rush. But during the confinement, I had to work MUCH harder than normally.

Okay, so she’s back on track. But unless you too have published nearly 200 books, think it’s fair to give yourself at least twice as long as Danielle Steel to get back to your normal speed. Or at least that’s what I’m telling myself.