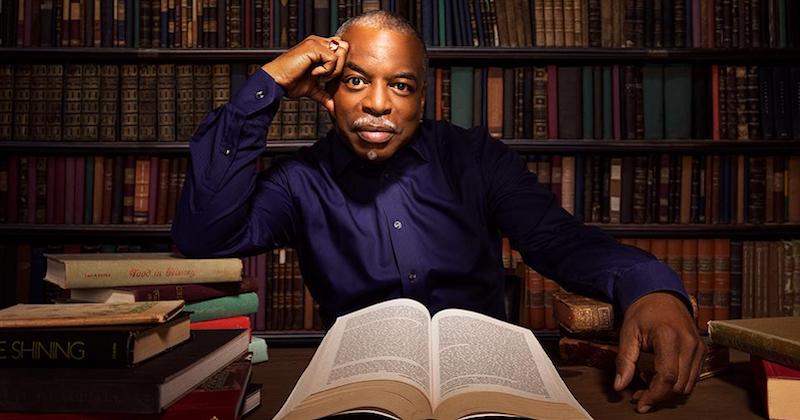 Don’t despair: LeVar Burton has designs on his own book-themed game show.

For the last eight years, beloved Reading Rainbow star and podcast host LeVar Burton had his sights set on becoming Jeopardy!’s host—and when the search for Alex Trebek’s replacement went public, it seemed like Burton might actually get his dream job. Nearly 300,000 people signed a petition to make Burton the new host, and he was chosen as a guest host for Jeopardy!’s 37th season. But after Jeopardy! executive producer Mike Richards was chosen as host (a coincidence, I’m sure), Burton was free to think about what he really wanted—which, as he put it on television last week, might just be hosting an entirely new book-themed game show.

In an interview on The Daily Show With Trevor Noah, Burton talked about how his Jeopardy! dreams started and grew: “I discovered then that the generation of adults now, who grew up on Reading Rainbow—they were down with whatever it is I wanted to do, and the same was true with this Jeopardy! thing. I made it public that I wanted it for myself, that it made sense to me, and they were all about it. It made as much sense to them as it did to me. And, so, they wanted it for me as much as I wanted it.”

But, Burton told Noah, ever since not being chosen by Jeopardy!, he’s been able to think bigger, and he’s been offered other hosting opportunities as a result of the Jeopardy! gig. “We are working on creating [a game show in and around books],” said Burton. “I never thought about hosting any other game show outside of Jeopardy!. But now . . . I’m thinking, well, it does kind of make sense, let me see what I can do. So we’re trying to figure out what the right game show for LeVar Burton would be.” Fingers crossed it’s America’s Next Top Poet.