What Does a Presidential Candidate's Favorite Movie Reveal?

In 2002, Errol Morris was hired to make a short film for the Academy Awards. Its premise was simple: a parade of talking heads describe their favorite movie. One of these speakers, Donald Trump, professed his love for Citizen Kane. More than that, he strongly identified with its protagonist—the plutocrat and newspaper magnate Charles Foster Kane. Trump appreciated what he took to be the film’s core insight: that wealth tends to isolate those who have it; and that money, contrary to popular opinion, doesn’t always lead to happiness.

[Part two of this feature, a conversation with Erroll Morris about his time with Donald Trump, is now available here.]

Harmless enough, you’re perhaps tempted to say. Maybe even profound, by the dismal standards we apply to Trump. But watch the film again, as I recently did, and his analysis takes on a more frightening quality. Because while Trump seems to think that Citizen Kane is about a great man who happened to fail—whose romantic relationships were less than ideal and whose political career never panned out—he overlooks that it is also, and more importantly, a condemnation of Kane’s character. He somehow misses the central narrative about a modern Faust—a man who, in pursuit of money, fame, and power, ends up losing his soul.

A quick summary of Citizen Kane should illustrate this point: having just inherited a fortune, the 25-year-old Charles Foster Kane sets his sights on the newspaper business. He understands instinctively that by controlling the press, he can shape opinions on a mass scale—bending the truth as he sees fit. Over time, and through his marketing savvy, he develops a powerful media empire. Because that’s not enough, he then turns his sights to politics, running for New York governor as a stepping-stone to the White House. At campaign rallies, Kane gleefully brags about his poll numbers, and vows to lock up his opponent Jim Gettys, whom he condemns as an establishment tool. “Here’s one promise I’ll make,” he finally thunders. “My first official act as governor of the state will be to appoint a special district attorney to arrange for the indictment, prosecution, and conviction of “Boss” Jim W. Gettys!”

Kane never gets to fulfill that pledge. Instead, he loses the election—his campaign derailed by a last minute sex scandal. His editors know what to do, and the following day their headlines scream: “FRAUD AT POLLS!” Suddenly adrift, the bored tycoon turns his energies to the singing career of his second wife, whom he forces down a path of manufactured stardom. She is widely mocked for her terrible performances, and in the end attempts suicide. Kane meanwhile retires to the palace he calls Xanadu—his Trump Plaza and Mar-A-Lago rolled into one—where he dies alone, watched over only by his butler.

How is this, of all people, the guy with whom Trump willfully identifies? A character described by his own creator as “corrupt,” “damned,” and “repellent”; a man who “abuses the power of the popular press and challenges the authority of the law, contrary to all the liberal traditions of civilizations”; who “has very little respect for what I consider to be civilization, and tries to become the king of his universe”; who embodies, as Welles forcefully put it, “the things I most detest”? We’re talking about a character seemingly incapable of empathy, and blind to the toll his selfish behavior takes on others—whether his two wives, his colleagues, or the country at large. The kind of man whose only friend says about him, after his death: “He never believed in anything except Charlie Kane.”

And that’s just the start of it. We also see Kane manufacture a war in Cuba to sell more papers; we see him shake hands, in newsreel footage, with Adolph Hitler; and we see him tell America, after that meeting, not to fear: “You can take my word for it,” Kane says, “there will be no war.” We even see him tell his oldest and only friend, “you’re fired.” In short, we see a man for whom everything—from the rule of law to the truth of what’s printed in his papers—can readily be bent, and without guilt, in the service of petty quests: for revenge, power, and ultimately, love. Not a healthy love between equals, mind you, but the love of faceless masses for their leader.

Trump either fails to see the moral emptiness at Kane’s core, or else he does, and it doesn’t strike him as exceptional. Either way, however we spin it—wherever we draw the line of his self-delusion—Trump is admitting that he’s every bit as hollow as Charlie Kane; every bit “the empty box” (as Welles called him); every bit the liar and narcissist and demagogue.

I suppose this shouldn’t surprise me. After all, Trump’s worldview is, and always has been, rather Hobbesian in its bleakness. “Man is the most vicious of all animals,” he said in 1981, “and life is a series of battles ending in victory or defeat.” For a guy like Trump, who values strength and victory above all, morality doesn’t even enter into the equation. Hence his praise, back in 1990, for the Chinese government’s massacre of students on Tiananmen Square: “They were vicious, they were horrible, but they put it down with strength. That shows you the power of strength. Our country is right now perceived as weak…”

Trump’s willingness to invite parallels between himself and Charles Foster Kane would be baffling enough if the movie were simply about a selfish rich guy. But Citizen Kane is also a forceful historical statement against fascism—a film released in 1941, just months before Pearl Harbor. At the time, the US was torn over whether or not to join the war; European fascism was at its height. Two years earlier, the wunderkind Welles had signed his first Hollywood contract—to adapt Joseph Conrad’s Heart of Darkness, which he indented to make as a “parable of fascism.” “War hadn’t [yet] started,” he later explained to Peter Bogdanovich, “and fascism was the big issue of the time.”

In the end, Welles’ Heart of Darkness fell through. So he teamed up with Herman Mankiewicz instead, an old-school Hollywood screenwriter who’d spent much of the previous decade trying to make an anti-Hitler film called The Mad Dog of Europe. (According to historian Ben Urwand, Hollywood executives were unwilling to touch that project in the early 30s; they feared it would jeopardize business interests in Germany.) It came as no surprise, then, that when Welles and Mankiewicz ended up together, the movie they wrote was a parable of fascism all the same. Specifically, Citizen Kane was a vision of what fascism might resemble in America. Both men knew better than to expect Hitler or Mussolini on our shores. They knew that our demagogue would be glossier, more entertaining—more American; and the man they conjured, inspired by real-life plutocrats like William Randolph Hearst, happened to look an awful lot like Donald Trump.

The parallels between Trump and Kane are so numerous that it seems reasonable to ask: how much of his life was explicitly modeled on Welles’ movie? Assuming the answer is “a fair amount,” Trump would not be the first demagogue to take his cues from Hollywood. As Welles himself once observed, fascists have a known tendency to borrow from the entertainment industry:

In Germany, the décor, the spectacular use of great masses of people—the central myth itself was borrowed from grand opera. In Italy, the public show, the lavish props, the picturesque processions were taken from the movies. Even the famous salute, the stiff arm up-raised, comes not from history, but from Hollywood. Surely one of the most amusing footnotes in all the chronicles of recorded time is that Hitler and Mussolini stole their showmanship from Richard Wagner and Cecil B. DeMille.

Should we be surprised, then, that Donald Trump stole his showmanship from Citizen Kane? In any case, that’s not the only thing Trump owes to Orson Welles. There’s another link between them, and it’s every bit as ironic as Trump’s love of Citizen Kane. It has to do, believe it or not, with Joseph McCarthy, and with the senatorial bid Orson Welles chose not to pursue against him. Here’s how Welles later recalled that episode:

[Franklin Delano] Roosevelt encouraged me to run for Senator of Wisconsin, my home state, which is in the hands of very reactionary milk producers. But as a leftist I had no chance at all. And I cowardly declined, especially because I was divorced. Well, who was elected but the dreadful Joseph McCarthy. Today I tell the story saying that if I had run, McCarthyism would never have existed! What a responsibility.

To recap: Welles didn’t run, and possibly for that reason, McCarthy rose to power. Along with him, so did a young lawyer called Roy Cohn—a notoriously ruthless power broker who, decades later, went on to mentor Donald Trump. According to the New York Times, Cohn was the man most responsible for introducing a Trump to Manhattan’s political and social elite in the early 70s. And he was instrumental in helping Trump hone his mendacious public persona. “I hear Roy in the things [Trump] says quite clearly,” Cohn’s partner said to the Times. “That bravado, and if you say it aggressively and loudly enough, it’s the truth—that’s the way Roy used to operate to a degree, and Donald was certainly his apprentice.”

As Welles once said, men like Kane “combine a morbid preoccupation with the public with a devastatingly low opinion of the public mentality and moral character.” That’s why they “always tend toward the newspaper and entertainment world.” Sure enough, Trump’s first ambition—per a 1980 article in People magazine—was to “head up a TV network.” And when Playboy asked him, a decade later, to name his role models from history, the ones he came up with were the studio heads from golden age Hollywood—men like Louis B. Mayer and Flo Ziegfeld, who “led the ultimate life.” Trump admires these guys not because they made great movies, but because they, more than anyone, “could control situations.” As he explained, with manifest envy, “In those days, when your great actor was an alcoholic, and nobody ever found out—that was having tremendous control over things, which would be impossible today.” (This kind of “control,” needless to say, is what allowed so many in Hollywood to stop Mankiewicz’s anti-Hitler movie in its tracks.)

But let’s snap back to 2016, and to the final stretch of this interminable election. It seems important to note two recent hires to Trump’s campaign: Steve Bannon, former executive chairman of Breitbart, and Roger Ailes, founder and former chairman of Fox News. Not to mention Trump’s de-facto campaign manager slash son-in-law Jared Kushner, who happens to own the New York Observer. With his campaign now heading toward all but inevitable defeat, it seems reasonable to fear that Trump will again take a page from Citizen Kane—that on November 9th he’ll cry some version of “FRAUD AT POLLS!” and in so doing sound the opening bell for his very own media empire. Either that or he’ll follow in Charles Foster Kane’s final footsteps—retreating, alone and humiliated, to his private Xanadu.

This is Part 1 of a two part series. In Part 2 we turn to Errol Morris directly for more answers about Donald Trump and his strange love of Citizen Kane.

Anthony Audi lives in New York, where he works as a researcher for "LIVE from the New York Public Library." 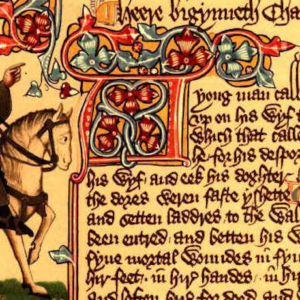 On the opening day of the World Series, three stories from the history of American baseball: on Babe Ruth's bat (the...
© LitHub
Back to top