These new poems from David Lau’s just released book Still Dirty are not so much the static within the sound as the plangent flood of noise and distortion that now render most of our technologies, like that of language, indistinguishable from any insular intention or signal. And yet the poems are not cynical, ha-ha shrugs given the presumed farce of postmodern communication. They are in fact quite odder, and more disturbing: acts of faith still alive in a post-globalist landscape of mass deportation, economic and ecological collapse. Admittedly, it is a dizzying faith in language, one that admits for disjointedness, sudden transversal loops from French cinema and rap to dying workers and an anime marathon. But I refuse to believe these signifiers—decontextualized or, perhaps, hyper-contextualized in the internet-reality sphere through which they reach many millions of us—don’t add up for 21st century readers. Like the art videos of Hito Steyerl, whose Lau’s technique of instant overload reminds me of, the players and stakes of our consumer capital new international still seem to be blatantly, frighteningly clear. A line, for example, that could be (and is) burdened with semantic possibilities: “I had seen the edge of global shipping’s blast radius” takes on only sharper, more than biting saliency given the string of associations that follow: Afghanistan, unemployment, agriculture. These poems demand to be reread and galvanize our attention about as much as present reality requires the same; which is to say, absolutely.

In a dismal investment environment

the roots of the changed present’s class life—

Little Shanghai on the LA river—

the façade street-level shadow of a youth prostitute

with the back alley club’s alcoholic tremors.

The masses rise through

then so too reactions rise in the incipient

practical exercise for the militant

automation of the specimen market in port cities.

turns the benign nobility of a general Keith

Alexander. Tag gone from the shirt

in that blue digital daylight on your shoulder the window

sin barras the resolutions of your knot-

thunderclap in an exilic girl.

Sippy hadn’t thought this one out but he now needed

he’d left behind in New Mexico.

Aligned with struggle but also what the fuck that plane?

Free Poncho, may he not face ICE deportation

“This are an active cantinas,” he said.

System moderator, hello? I have a legion,

what will the land mean mad farmed

I don’t have seen my critics.

ent, surprise buoyed by sickness. We were somewhere in the dust/ash clouds stirred by parox-

ysms of a wounded Sunbelt hegemon. I had seen the edge of global shipping’s blast radius.

I wrote some songs for a woman leader about a world of new things. Marjah is a citied village

in Afghanistan, the site of American-led raids. Gypsy like this. Have I long? “San Leandro don’t

have it going on like they have it here,” she said, taking a break from the dance floor. Like

First line of urbanized unemployment—a classical one: lost access to land as a consequence

of the green revolution in agriculture. Some suggestion of war as an unfinished, Hegelian line.

Godard example had been a quotation from Dre, which is either intense or whispered. I don’t

know how Chris Daniels translated it.

when to outstrip thy skiey speed scarce seemed an old problem in the countryside.

one”), Maoist leader of Nepal where a recently established republic comes after a long armed

struggle, the people’s movement having displaced a monarchy.

David Lau has been involved in the poetry, art, and activist communities of Los Angeles and the Bay Area for the past decade. He is a graduate of the Iowa Writers’ Workshop and editor of the journal Lana Turner. Still Dirty is his second book after Virgil and the Mountain Cat: Poems (University of California Press, 2009).
Share: 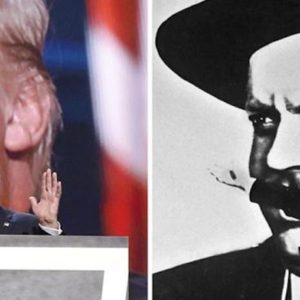 Donald Trump Modeled His Life on Cinematic Loser Charles Foster Kane In 2002, Errol Morris was hired to make a short film for the Academy Awards. Its premise was simple: a parade of talking...
© LitHub
Back to top