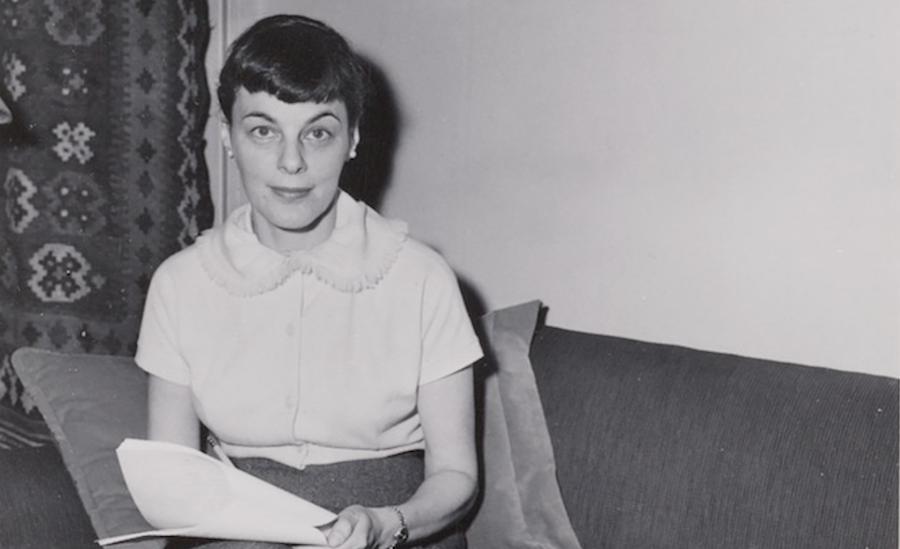 Dola de Jong’s Novel of Resistance in Love and War

Every writer has their favorite words. As a translator, you get to know them intimately. I experienced this while translating Dola de Jong’s The Tree and the Vine, a controversial post-war novel from the Netherlands that explores a tumultuous relationship between two very different women—the untamable Erica and the cautious Bea—who, in the shadow of the Nazi Occupation of Amsterdam, are confronted with a forbidden desire for one another.

One of de Jong’s favorite words, a word that appears over and over again in the book, is koortsachtig—feverish, frenetic. We feel this feverishness in Erica’s caprices, her impulsivity, her tendency toward self-destruction. We see it in Bea’s unwavering—and at times unfathomable—tolerance of Erica’s behavior, her irrepressible urge to keep Erica close, and her inner battle against her own desires.

Shortly after I started working on this new translation of de Jong’s classic work, I gave the recently republished Dutch version to my father-in-law to read. The next day he emailed me: “I read it in one breath.” In an effort to preserve the pace and vivacity of the original, I wanted to make sure that this breathlessness, this feverishness, entered my translation as well.

Dola de Jong was born Dorothea Rosalie de Jong in 1911 in Arnhem, The Netherlands, to a wealthy Jewish father and a German mother, who died when de Jong was five. As a young woman, she aspired to become a ballet dancer, but her conservative father viewed ballet as “one step away from prostitution,” as she told HetParool in a 1982 interview. Her father wanted to send her to a finishing school in Lausanne, “but I was a rebel,” she said, “I always have been.”

She took a job at a local newspaper and eventually moved to Amsterdam in the early 1930s where she worked as a freelance journalist and secretary. While many around her were in denial of the growing threat to the east, de Jong was quick to realize that the Netherlands was no longer safe for Jewish people. She fled the country for Tangier in April 1940, weeks before the Nazis invaded Holland.

There, she married her first husband (whom she would later divorce) and started a ballet school for children. It was the father of one of her students who helped the young couple obtain the necessary papers to move to America. They settled in New York City, where de Jong would live for most of her life. Her father, stepmother, and brother stayed behind in the Netherlands and did not survive the war.

One of de Jong’s favorite words, a word that appears over and over again in the book, is koortsachtig—feverish, frenetic.

The Tree and the Vine was first published in Amsterdam in 1954 as De Thuiswacht—literally The Homewait. De Jong had been living in New York City for more than a decade by then and had published numerous children’s books and one critically acclaimed novel, And the Field is the World (En de akker is de wereld). As Eva Cossee notes in her afterword to the recent Dutch edition, when de Jong first submitted the manuscript of De Thuiswacht to her publisher, it was immediately declared “shameless” and “unpublishable.” With the help of endorsements from prominent friends, among them her then-retired editor Maxwell Perkins and fellow writers in exile Leo Vroman and Marnix Gijsen, the novel found its way to publication and was met with acclaim.

Gijsen called it “an important and remarkable book—and not because it addresses a delicate problem with so much understanding, that’s just the starting point. I’m more in awe of the finesse with which Dola de Jong sketches her two main characters.” The first English translation by Ilona Kinzer wouldn’t come out until 1961. Decades later De Jong still referred to it as “my favorite book.”

I don’t know whether de Jong was involved in the first translation of The Tree and the Vine. If she were alive today—she died in California in 2003 at the age of 92—I have a feeling she would have had plenty to say about this new English translation. In her correspondence with editor Angèle Manteau, de Jong often mentions the tension she feels between her first language and the language in which she has become the most at home, English. “I can still write a letter [in Dutch],” she wrote in 1982, “but as soon as I want to take the conversation a bit deeper, it all goes south. My Dutch is so dotted with English that it hardly seems like Dutch anymore.”

While it’s possible that De Jong’s command of her first language deteriorated over time, the influence of other languages on her Dutch is present even in The Tree and the Vine, which she wrote in her early forties. It is one of the things that makes her style idiosyncratic and gives it the feeling both of being particular to the Netherlands of the 1930s and belonging to something broader.The text is peppered with anglicisms, which tend to disappear into the English translation, as well as French words and expressions (most likely vestiges of her upper-class background and time in French-speaking Morocco) that I tried to preserve. On the one hand, this display of linguistic versatility could be regarded as the work of an old bluestocking—an insult de Jong introduced me to; on the other, it could be a strategy to keep certain passages intentionally ambiguous.

For example, as Bea reflects on her fascination with her friend, she admits that, like two of Erica’s other presumed lovers, she too had been the focus of Erica’s attention once, “albeit with less preponderance,” a word presumably borrowed from the French prépondérance. It’s a deliberate word choice, if a bit unclear in the Dutch, and one that had been translated out of the previous edition. My editors, Adam and Ashley Levy, and I discussed it at length. What exactly does Bea mean here? Is she suggesting that she is less important than the other women in Erica’s life or is she referring to Erica’s level of absorption with her? Absorption was, incidentally, the word used in the 1961 translation, but the Dutch sentence is vague. Maybe we aren’t meant to know for sure. We decided to let the ambiguity speak for itself.

While it’s possible that De Jong’s command of her first language deteriorated over time, the influence of other languages on her Dutch is present even in The Tree and the Vine.

In one of her letters to Manteau, de Jong writes, “The trouble with the translation is that I don’t know the Dutch slang anymore. You have to find the equivalents for the American expressions, you can’t just translate them literally.” She’s right, of course, literal translations rarely work, but while translating her work, I found that there were a few cases where a word-for-word translation of a Dutch expression actually presented new lexical possibilities in English.

For example, when Bea describes Erica as someone who “when she gave you a finger, you wanted a whole hand,” she is using a variation of a commonplace Dutch expression, “als je haar één vinger geeft, neemt zij de hele hand.” Initially, I tried to translate it with a variation of what de Jong might have considered an English equivalent, for example “when she gave you an inch, you wanted a mile,” but it felt off, overly American, and unnecessarily cliché.

In another scene, Erica describes Judy—an alluring American in Paris who sweeps her off her feet while she’s supposed to be on holiday with Bea—as “niet voor de poes,”literally “not for the cat.” This fairly standard Dutch idiom suggests that Judy was not to be underestimated, that she could hold her own. I tinkered around with English idioms like “she was no easy catch” or “she knew her way around,” but the cat metaphor just fit so perfectly here.

In the end, I settled on Judy was “no housecat,” which highlights the contrast between the rule-breaking American divorcée and the two country housewives sitting across from her in the restaurant and draws attention to the domestic expectations for women at the time. In both cases, hewing closer to the Dutch yields a more interesting image and better captures the spirit of the original.

It’s easy to look at this story through the lens of the Second World War—Erica later reveals that she’s half-Jewish and joins the Resistance, turning Bea’s world upside down—or to see it as a lesbian romance that could never be because of the restrictions of the time. But as I got to know Erica and Bea better, I came to see their restlessness, struggles, doubts, and hesitations as reflective of a broader female experience.

The Tree and the Vine is one of the richest texts I’ve had the pleasure of translating and one that will stay with me for a long time. It is my hope that, with this new translation, the story of Bea and Erica will move readers as it has moved me, that it will push them to think about their own inner worlds and those of the women they love. 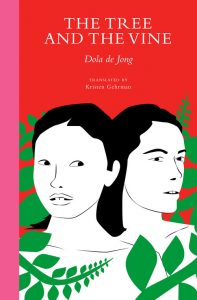 Dola de Jong’s The Tree and the Vine, translated from Dutch by Kristen Gehrman, is available from Transit Books.

Kristen Gehrman lives in The Hague, The Netherlands. Originally from Charleston, South Carolina, she studied linguistics and literary translation at the University of Lausanne, Switzerland. In addition to her work as a literary translator, she teaches translation, editing, and writing at Leiden University and VU Amsterdam.

Doesn't Everyone Reread Their Favorite Books All the Time? 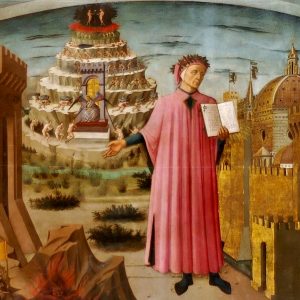 Giovanni Boccaccio’s call for Florence to retrieve Dante’s corpse appears in retrospect to have been primarily an elaborate...
© LitHub
Back to top
Loading Comments...