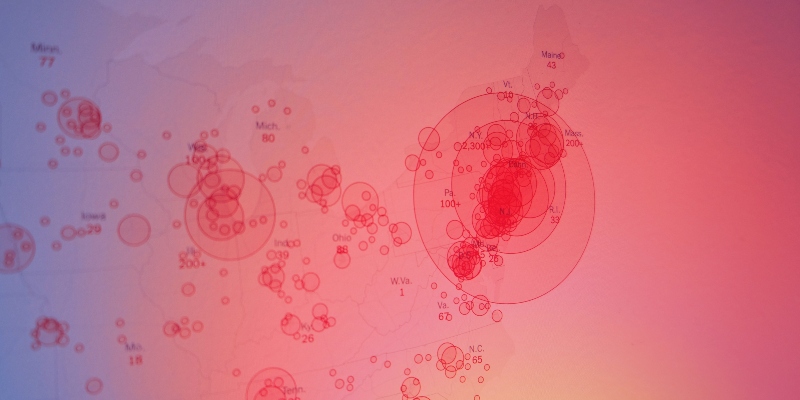 ‘Do You Know Alex Oreille’: New Fiction from Katie Kitamura

From the Anthology A World Out of Reach: Dispatches from Life Under Lockdown

via Yale Review
By Katie Kitamura

Despite the imminent outbreak in our city, we had taken ourselves to a reading at a small bookshop by the waterfront. There were more people than we thought there would be, and although by that point we had already been told not to shake hands, although we had been inundated with warnings not to touch our faces, people were embracing as though we were not on the verge of catastrophe.

About the reading itself I remember very little. In normal times I would have enjoyed it, but these were not normal times. I was distracted. It had been weeks since I had slept well. At night I was plagued by dreams of contamination. By day I tracked the progress of the virus, noting as it slowly, and then suddenly, made its way to our city. Now the first case had arrived, and we had been told there were likely hundreds more, still undiagnosed.

After the reading, my husband and I stood around and made unfunny jokes about the coming pandemic, but mostly we refused to touch other people. I don’t remember when I first noticed the young woman. She had a very plain face—even now I would struggle to describe it in concrete terms. Mousy brown hair, medium height, quite large and expressive eyes.

She had been standing a few feet away for some time, examining the bookshelves, before she suddenly introduced herself. “Excuse me,” she said. “But do you know Alex Oreille? I overheard you say that you were at Covington in October. He was there at the same time.”

I turned to the young woman as she continued. “Red hair? Tall? Funny walk?”

The name was unfamiliar, and I had no immediate recollection of the person she described. But as she pantomimed the comic gait and manner of her friend, an image of a young man began to form in my mind, the hazy recollection of someone who might have been Alex Oreille.

“I’m not sure,” I said sincerely. “But yes, probably. The name is familiar. Did he like Covington?”

She nodded. “Oh yes,” she said. Her face and limbs were marvelously mobile; as she spoke she flung her arms and hands about, occupying the air around us. “He finished his manuscript, he made a bunch of friends, he lived in a beautiful place by the sea.” Lowering her voice, she continued, “To be honest, it’s hard not to be jealous. I’m working on the HIV vaccine. Sometimes it seems like there’s only ever one update: ‘It didn’t work.’” She screwed up her face and gave a clownish shrug and my husband and I laughed. She laughed too, quite loudly.

My husband said, “So you study infectious disease? Can you talk to us about the virus?”

“I can talk, for sure,” she said slowly. She raised a theatrical eyebrow. “But I don’t want to bore you—”

She clasped her hands and began. “For the vast majority of people, it’s nothing more than a cold. A headache, a sore throat—a bad flu at most. But for a percentage of people it’s much worse. It degrades into pneumonia. It results in hospitalization, and in some cases death.”

She paused. “If you look at all the statistics coming out of China, not one child has been seriously ill. It’s the elderly and the immunocompromised. People with underlying conditions—which is a substantial number of people in many parts of the United States.”

As she spoke, I felt a slow creep of impatience. She hadn’t told me anything I didn’t already know, nothing that couldn’t be found in the course of a casual internet search, the kind I had been performing for days. As she began to rattle off statistics that could be found on the website of a well-known university, my husband shifted his weight on his feet.

She looked around the room and lowered her voice confidentially. “I would say right now in this room, three or four people are infected.”

I looked up, startled. “Here? Right now? But there are only twenty of us.”

As if of its own volition, my husband’s hand crept into his pocket and withdrew a small bottle of hand sanitizer.

She smiled and leaned forward, so that her face was mere inches from ours. “Exactly. The virus is everywhere. It’s too late.”

We left the bookshop shortly after that. It was too unnerving to be in that room of people. We said our good-byes and then pulled on our coats and scarves and made our way downstairs. As I pushed the door open—touching the metal handle with my bare hand before brushing the hair out of my face, something that would soon become inconceivable—I turned and saw the young woman again.

She was on the other side of the room, talking animatedly with a young man who worked in the bookshop, her big and buoyant gestures legible from across the room.

We stepped out into the cold air. My husband asked if I wanted to take the subway or order a car. I turned and looked back through the plate-glass windows of the bookshop. I couldn’t hear what the woman was saying but I saw the young man recoil. No doubt she was telling him that right now in that room, there were three or four people who were infected . . .

We took the subway home. Those were the last cold days before the weather began to warm. As we stood in the crowded car, I said that I had a terrible headache. My husband told me his throat was throbbing, and then we stared at each other in silence. By the next day, the number of cases in the city had tripled. By the following week, the city would be placed under a lockdown order.

Later, many months—or perhaps it was years—later, after the lockdowns and the protests, after the pandemic had passed and a vaccine found—we would come across people in the newly awakened city. People who, in the days before the outbreak, had also met a young woman with expressive features, an infectious-disease specialist with a friend called Alex Oreille.

It had happened in bars, at gigs, at dinner parties and birthday gatherings. They all remembered her and her peculiarly named friend. The specific details of her biography were disputed—it had been the research hospital downtown rather than uptown, she had said Ebola, not HIV, she had been visiting from Seattle, or possibly San Francisco or Chicago. But we all remembered the same lines, spoken with such panache. The virus is everywhere. It’s too late. I don’t want to bore you—

I recalled her youth, her unprepossessing manner, the fact that she had told me nothing other than what I already knew. Had there been a certain relish to the way she had shared her calamitous prediction? Hadn’t she been too cheerful a Cassandra? But in those days, we were ravenous for information, and all too credulous. What we craved in those long weeks and months and years, what we were searching for, was certainty.

After the final lockdown  was lifted, we stepped out of our homes.

We looked at the new leaves on the trees, the iron posts on the gate, the sunlight falling on all of it. We looked with such hunger that each detail was near blinding. It was not the same world as before. 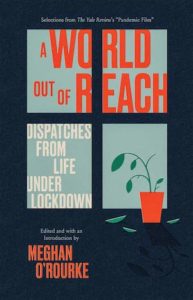 From A World Out of Reach: Dispatches from Life Under Lockdown, edited and with an introduction by Meghan O’Rourke. Published by Yale University Press in association with The Yale Review in November 2020. Reproduced by permission.

Katie Kitamura is the author of Gone To The Forest and The Longshot, both finalists for the New York Public Library’s Young Lions Fiction Award. Her third novel, A Separation, was a New York Times Notable Book and a finalist for the Premio von Rezzori. It was named a Best Book of the Year by over a dozen publications, translated into sixteen languages, and is being adapted for film. Her new novel, Intimacies, is forthcoming from Riverhead Books in 2021. She teaches in the creative writing program at New York University.

How Wolfgang Amadeus Mozart Came to Compose His First Symphony 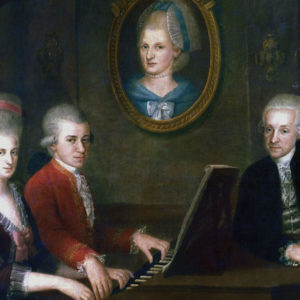