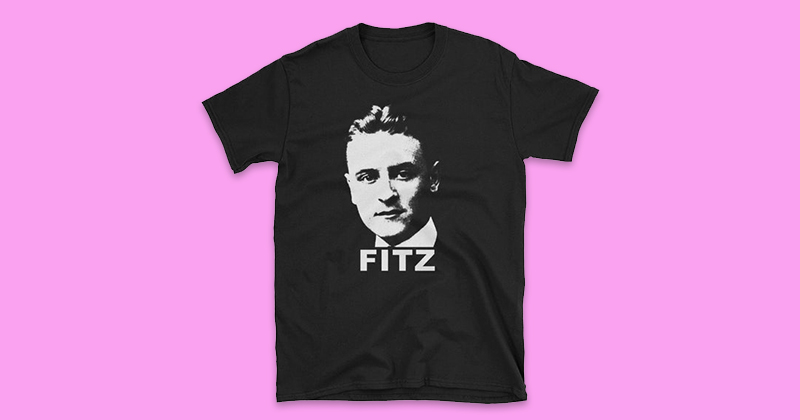 Did you know that F. Scott Fitzgerald was the first writer to use the term “T-shirt”?

It’s true. According to the Oxford English Dictionary, F. Scott Fitzgerald was the first to use the term “T-shirt” in print; it appeared in This Side of Paradise in 1920, as part of a packing list:

So early in September Amory, provided with “six suits summer underwear, six suits winter underwear, one sweater or T shirt, one jersey, one overcoat, winter, etc.,” set out for New England, the land of schools.

Of course, he didn’t invent the word; it simply had not been set down on the page before (that we know of). “Fitzgerald seems to have assumed that the idea of a “T-shirt” (so named, presumably, because of the shirt’s shape) would be familiar to readers and that they would associate it with the “white-flannelled, bareheaded youths” of New England prep schools,” Pagan Kennedy wrote in The New York Times. According to Kennedy, T-shirts evolved out of the long johns common in the 19th century, and were being marketed in 1905 as “bachelor undershirts.” By the 1940s, they were ubiquitous. Now, you can get one with pretty much anything you want on it, including the cover of The Great Gatsby and the stirring sentiment “I Want to F. Scott Fitzgerald.” Super.

This Side of Paradise is also apparently the first time that the word “wicked” was used (again, in print) to mean “good” instead of “evil”:

“Tell ’em to play ‘Admiration’!” shouted Sloane. “You two order; Phoebe and I are going to shake a wicked calf,” and they sailed off in the muddled crowd. Axia and Amory, acquaintances of an hour, jostled behind a waiter to a table at a point of vantage; there they took seats and watched.

I don’t really think that any of this means you need to read This Side of Paradise again, but maybe it’s time for “wicked” to come back in style. . .