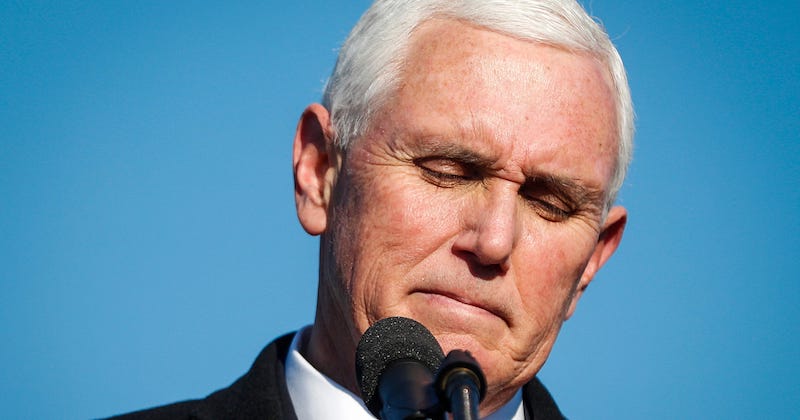 This week, an open letter from the workforce of Simon & Schuster was circulated, demanding that S&S cancel Mike Pence’s two-book deal, as well as end their distribution deal with the far-right, murderous-cop-platforming Post Hill Press. The open letter called attention to Pence’s long history of discriminating against marginalized groups and advocating against health, science, and human rights.

Not particularly shockingly, S&S was unmoved. S&S chief exec Jonathan Karp wrote an internal response to staffers (which can be read in full here) rejecting workers’ demands and affirming that S&S will proceed in their publishing agreement with Pence, for which Pence received somewhere between $3 and 4 million.

We come to work every day to publish, not to cancel, which is the most extreme decision a publisher can make, and one that runs counter to the very core of our mission to publish a diversity of voices . . . When we allow our judgment to dwell on the books we dislike, we distract ourselves from our primary purpose as a publisher—to champion the books we believe in and love . . .

For those of who think some of our titles are a step backward, let’s appreciate the many Simon & Schuster books that are taking us two steps forward. Let’s also acknowledge that we don’t agree on which titles are taking us forward and backward! That tension—that push and pull—is a healthy part of the dialectic provided by classically liberal publishing companies.

That “push and pull” is caused by the invisible hand of the market, which determines what books get published. In January, S&S canceled the book deal of Senator Josh Hawley, who supported the Capitol riot; said S&S in a statement then, “We take seriously our larger public responsibility as citizens, and we cannot support Senator Hawley after his role in what became a dangerous threat.” One might expect that rhetoric to carry over to the ex-VP—but in terms of name recognition and earning power, Hawley is no Pence. Dialectics, indeed.