Paul Holdengraber in Conversation with the (In)famous English Mentalist

In this episode, Paul Holdengraber talks to the mentalist Derren Brown about his new show, Secret, the “record” button, the Stoics, the skeptical mindset of his profession, false memory, coming out, and reading between the lines.

Derren Brown on the desire to disconcert

It’s nothing I do. It happens entirely in the heads of the people watching. You can see a play and you might not understand the play, but that doesn’t mean the play has failed. It might just mean you’ve missed something. With what I do, it has no existence if it doesn’t land correctly in the heads of the people watching. So my starting point is always this ongoing psychological experience with the audience. That has to run from the disconcerting to the fun and the upbeat.

Derren Brown on technology’s influence on magic
There was a game-changing moment in the history of magic on TV when people could record things. The moment you could freeze-frame was a big moment for a conjurer with a TV show. Suddenly his work could be rewound and dissected. So much of what you work with is false memory.

Derren Brown on coming out
If you’ve spent, as I did, decades nervously hiding your sexuality (and probably unsure of it yourself), when you do finally come out that process of realizing how little other people care and how different it is from the huge deal you imagined it was, is enormously informative and educative.

Derren Brown on borrowing from the comics
What the great comics do, as performers, is balance being a sage on the one hand and very vulnerable on the other. A lot of it is deflected back at themselves so you don’t feel preached at. You never feel preached at; the message sort of creeps in, this new way of seeing things creeps in, without feeling preached at. I think that’s a hugely potent and powerful tool of communication. 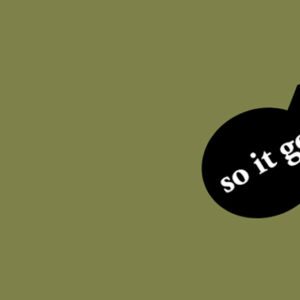 For those lamenting the giant leap backward represented by the Trump administration, I have only words to comfort you. They...
© LitHub
Back to top